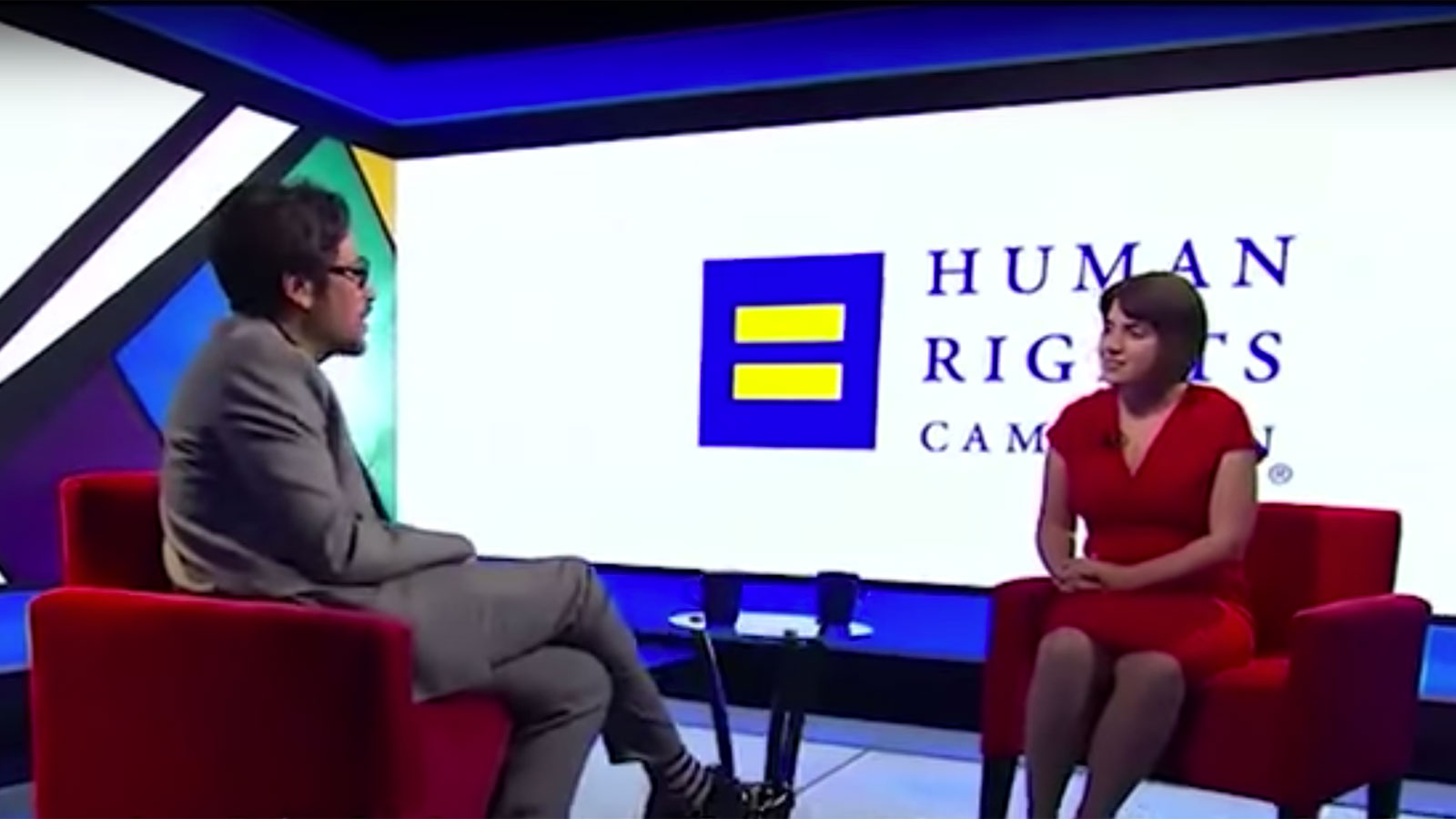 HRC Equidad MX, an innovative project with the aim of achieving workplace equality and inclusion in Mexico, is now a reality. Recently, Deena Fidas, Director of HRC’s Workplace Equality Program, spoke with Genaro Lozano on Televisa about the project’s origins and progress.

HRC Equidad MX, is a corporate index report that measures LGBTQ-inclusive policies and practices in workplaces. According to Fidas, companies including as Dow, IBM, American Express, J.P. Morgan Chase and many others that have invested in LGBT inclusion procedures and policies help motivate other enterprises to do the same.

“For a lot of business, [this] is just not something that they’ve really tackled in a comprehensive way,” Fidas said.

She hopes that by introducing education models and providing consulting resources many more Mexican businesses will start a national dialogue on LGBT inclusion to promote awareness and incorporate inclusive policies.

“What we found over and over again is that [employee] concerns prior to policy changes or benefits changes really do evaporate once they’re in place because people can see that it really is just business as usual,” she said.

HRC Equidad MX illustrates one of HRC’s many efforts devoted to making  workplaces LGBT-inclusive in the United States and around the world. Check out a short clip here.