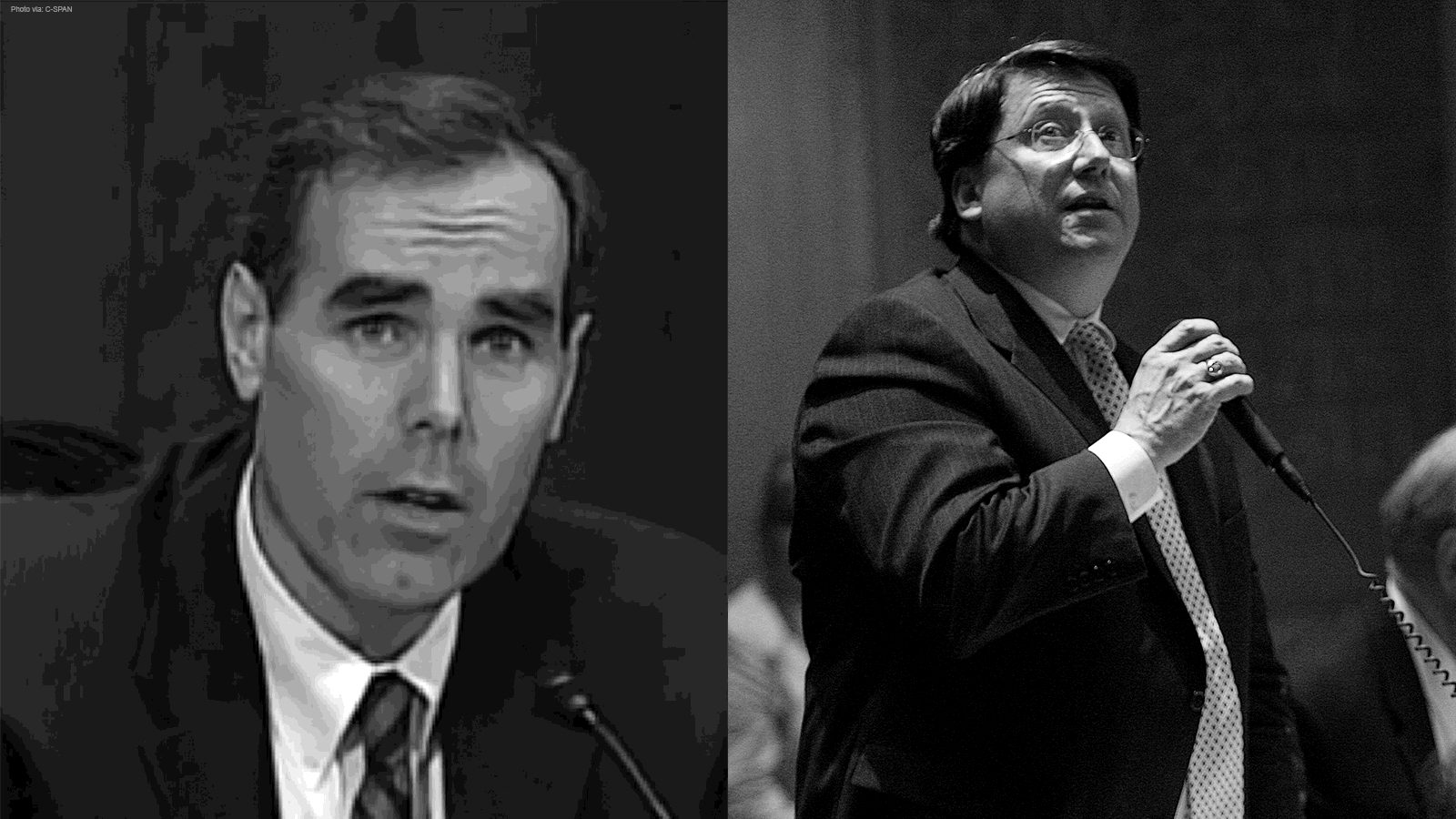 Yesterday, the Senate confirmed anti-equality Mark Norris to be the U.S. District Judge for the Western District of Tennessee and Eric Dreiband to be the Assistant Attorney General for the Civil Rights Division of the U.S. Department of Justice. HRC opposed both of these nominees.

Norris, now confirmed to a lifelong judicial appointment, has a long, demonstrated record opposing LGBTQ legal rights. Throughout his career as a Tennessee state senator, Norris displayed hostility towards LGBTQ Americans. For example, in 2004, Norris supported a resolution to amend the state constitution to define marriage between a man and a woman.

Once marriage equality became law of the land, Norris endorsed legislation in Tennessee that sought to exclude same-sex couples from the benefits and rights of marriage. In addition, Norris supported a bill prohibiting teachers in public schools from incorporating LGBTQ issues into human sexuality classes. Norris is also a vocal critic of transgender-inclusive non-discrimination protections.

Meanwhile Dreiband, was confirmed to a position where he will now be responsible for enforcing our nation’s civil rights laws at the Department of Justice. Dreiband’s predecessors used this role to enforce civil rights protections for LGBTQ people; former Acting Assistant General for the Civil Rights Division under President Obama, Vanita Gupta, for example, released joint guidance with the Department of Education on the rights of transgender students under Title IX. However, Dreiband’s record indicates he is likely to break from his predecessors and use this role to undermine the rights of LGBTQ people and other minorities.

Dreiband defended North Carolina House Bill 2, an egregiously discriminatory law designed specifically to target transgender North Carolinians for discrimination. In a different case, he argued that Abercrombie and Fitch did not discriminate against a female Muslim applicant despite the company’s choice not to hire her because her headscarf violated the company’s “look” policy.

Dreiband has also testified several times as a private citizen before Congress in opposition of the enactment of critical civil rights protections, including the Lilly Ledbetter Fair Pay Act and the Protecting Older Workers from Discrimination Act. He held leadership roles with organizations such as the Federalist Society, which advocate for a narrow interpretation of constitutional and statutory law -- to the detriment of LGBTQ people.

During their hearings both Norris and Dreiband failed to show a commitment to pursuing justice for all Americans. Their nominations are part of a larger pattern of the Trump-Pence administration appointing virulently anti-LGBTQ individuals to lifetime appointments on the nation’s courts and to senior leadership positions in the administration.

In addition to pushing through the confirmations of these two nominees, Sens. Mitch McConnell and Chuck Grassley continued to show a disregard for the blue slip process this past week. Last night, McConnell held a vote to confirm David Porter of Pennsylvania to be a U.S. Circuit Judge for the Third Circuit, despite Sen. Casey, D-Pa., not returning his blue slip. In addition, Grassley held a Judiciary Committee hearing this week on the nominations of Chad Readler and Eric Murphy to the U.S. Court of Appeals for the Sixth Circuit despite Sen. Brown, D-Ohio, not returning his blue slips. These acts follow Sens. Grassley and McConnell disregarding more than a hundred years of Senate tradition to confirm Michael Brennan to be a U.S. Circuit Judge for the Seventh Circuit, despite Sen. Baldwin not returning her blue slip.

HRC will continue to fight to oppose anti-LGBTQ executive nominees and judges who fail to demonstrate that they will fairly interpret our nation’s civil rights laws. These and other nominees who lack the judicial temperament critical to reach impartial judgments and to fairly assess policies based on fact rather than ideology do not belong in positions of power. HRC will also continue to call out and oppose Senate Republicans’ willingness to ignore long-standing Senate norms to advance President Trump’s lifetime appointments of nominees with extreme ideological judicial philosophies.

With the Trump-Pence administration’s onslaught of attacks on LGBTQ equality, it’s as important as ever to ensure that our voices are heard at the polls this November. Check out HRC.org/Vote to check your voter registration status and to find out how to get involved.