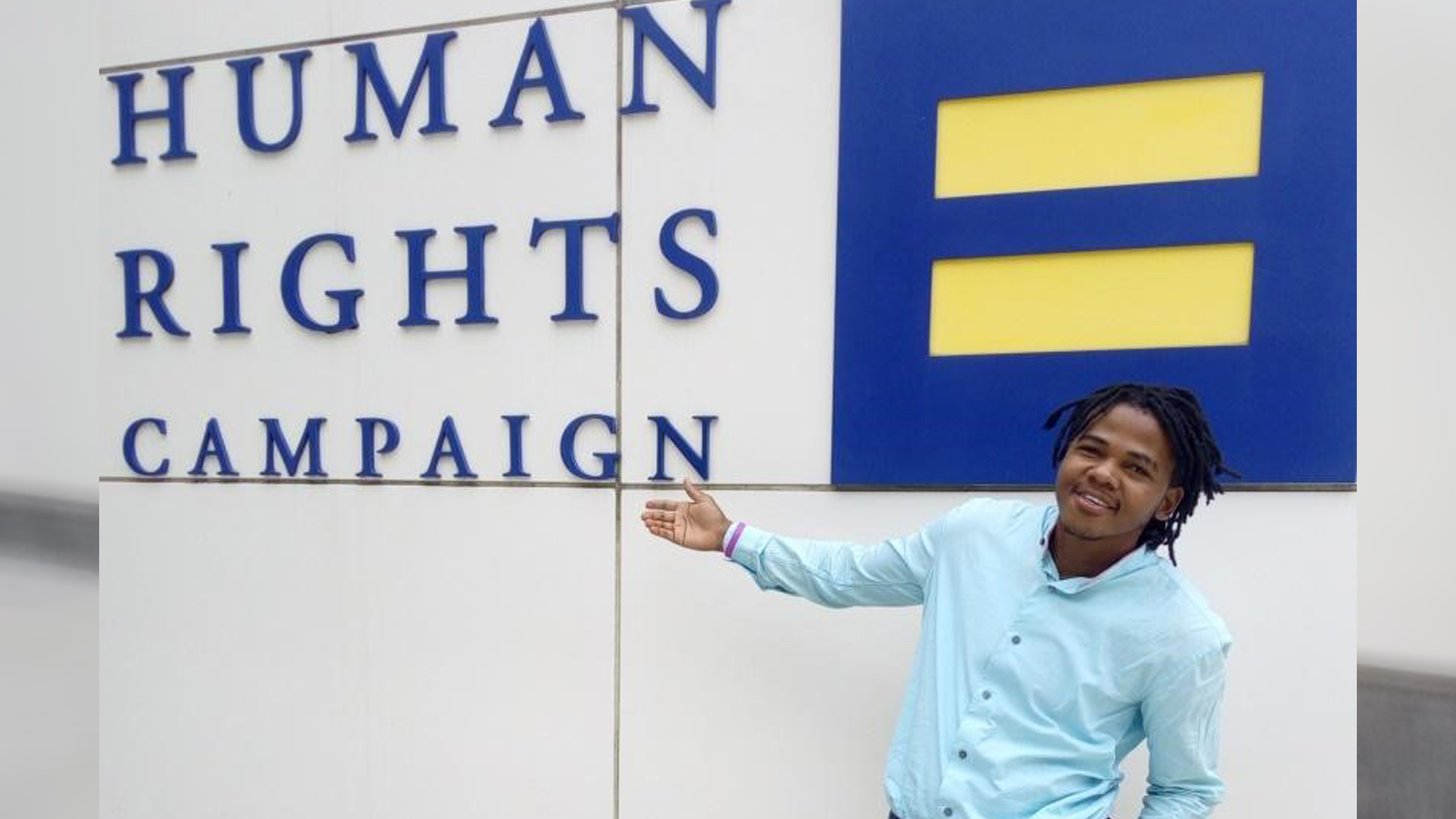 As a Global Fellow, Chuwa worked alongside HRC staff in Washington, D.C. in April and attended HRC’s Global Innovative Advocacy Summit. HRC sat down with him to discuss Tanzania, his goals and the fight for LGBTQ rights.

1. How did you become an LGBTQ advocate?

I have been working on advocacy in different human rights organizations in Tanzania for the past four years. Two of these groups focused on the health and rights of men who have sex with men (MSM), and I valued all the work these groups did to support the community. Yet, after I came out as transgender, I wanted to support my own community in a similiar way, so I created my group addressing gender and sexuality in the LGBTQ community.

2. What is it like for LGBTQ people in Tanzania?

In general, Tanzanian society does not accept LGBTQ people, and the government fails to protect the rights of LGBTQ people and support their well-being. We lack any legal recognition in Tanzania. Community members and activists like myself are not free to organize and lead the work we know is critical to the welfare of LGBTQ people. In fact, we have been targeted specifically for attempting to do so. We are working hard to build greater visibility, implement more grassroots initiatives, support community organizing and advocate for political and legal changes in Tanzania to change the lives of LGBTQ people for the better.

3. What does your organization do?

TMT works to improve the lives of transgender people in Tanzania by advocating for and raising awareness of our human rights. Established in 2015, we aim to elevate the needs and voices of transgender and other gender non-conforming people in Tanzania. TMT takes the position that gender is a social construct and, from this conclusion, works to educate and build awareness on a variety of gender-related issues in Tanzanian society. TMT supports programs to improve the well-being of transgender people in health, education, economy and gender. We work to build capacity in the movement through workshops, meetings and trainings.

4. How did you hear about HRC?

I originally learned about HRC on social media from its work with other activists and community members in my network. That initial interaction sparked my interest. Years after I started my work supporting the transgender community in Tanzania, I visited a colleague at SMUG in Uganda. It was there that I had the chance to learn more about HRC’s programs and activities to support activists like me.

5. What did you do as a Global Fellow?

When I came to HRC, I wanted to learn about the LGBTQ movement in the U.S. because I knew the lessons learned in the U.S. could help me in Tanzania. As a fellow, I absorbed so much information about the movement and how HRC and others have advocated for and achieved meaningful changes in policy and society. I learned about the work of some of HRC’s partners and had opportunities to examine and consider ways to support civil society, including through the collection of data on LGBTQ people and their inclusion in society. I also spent two weeks in Uganda, learning how organizers there have been leading online campaigns to build community and networks, learn and share information.

6. What do you plan to do when you return home?

I have a number of goals for my return to Tanzania, and participating in the Global fellows program renewed my confidence. It made me feel that my voice matters and that, in our work in Tanzania, we all deserve to be heard and respected. HRC empowered me. It gave me the experience I needed to help Tanzanian society recognize, accept and respect LGBTQ people. I want to develop campaigns that provide regular information to the LGBTQ community. I also intend to work to bring various LGBTQ organizations together to help mobilize our community, create a stronger LGBTQ movement and, ultimately, change the political and legal situation experienced by LGBTQ communities in Tanzania.