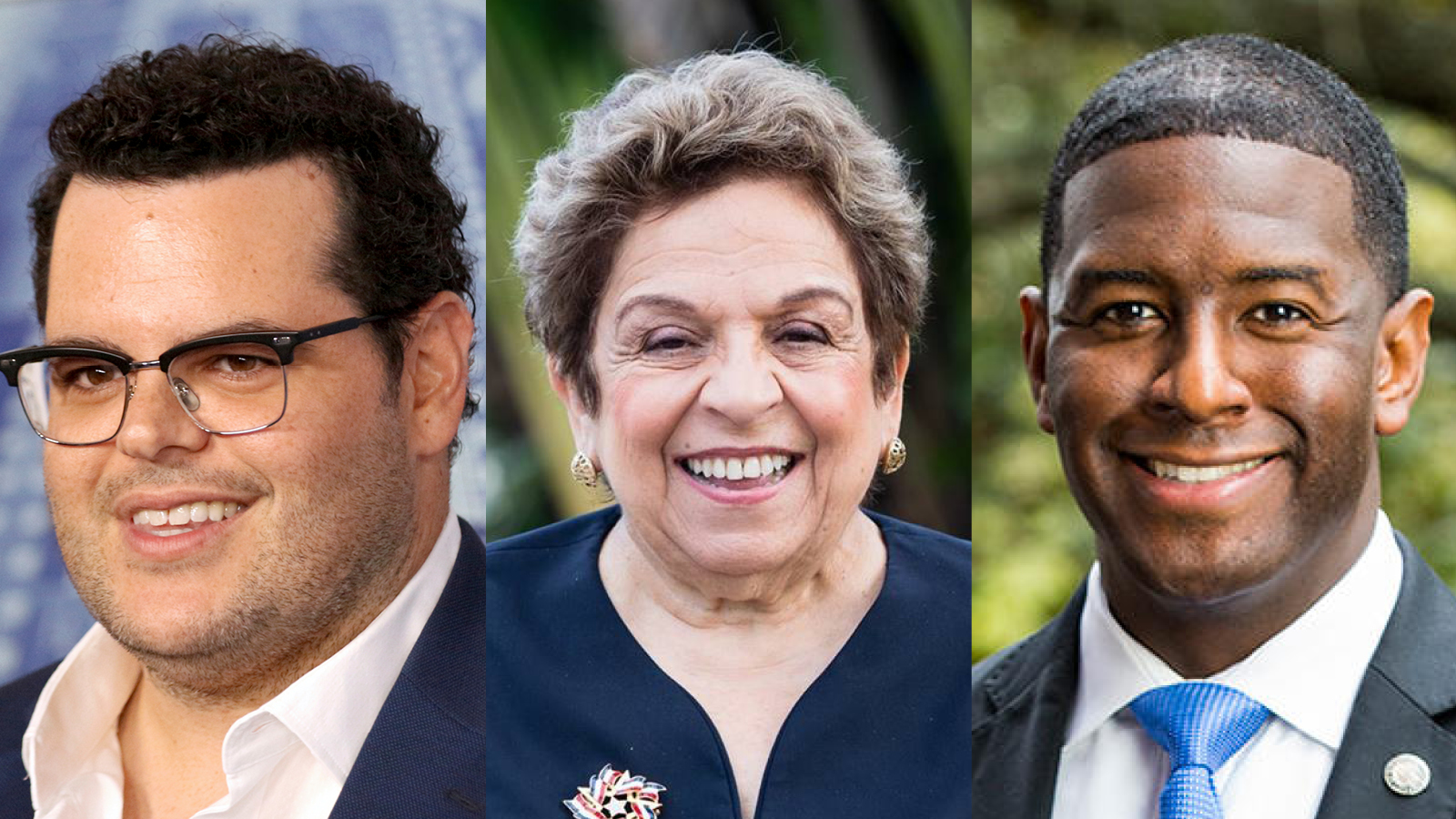 “During the 2018 midterm elections, Congresswoman Donna Shalala and Mayor Andrew Gillum made LGBTQ equality a cornerstone of their campaigns, fighting for the equal dignity of all Floridians,” said HRC President Chad Griffin. “HRC was proud to mobilize Equality Voters across the Sunshine State to turn out for these two pro-equality champions, and we are honored to welcome them to our very first HRC South Florida Dinner.”

“Josh Gad is an outspoken advocate for LGBTQ equality who uses his influence and global platform to advocate for the right of every individual to live an open and authentic life,” Griffin continued. “As the brother of a gay man, Josh knows the very harmful impact that discrimination has on the LGBTQ community, and he has spoken out passionately for equality in the face of injustice. HRC is proud to recognize Josh Gad with our Ally for Equality Award at the inaugural HRC South Florida Dinner.”

Josh Gad has consistently used his voice to publicly stand up for the LGBTQ community. In an interview with The Advocate, when asked if he felt a responsibility to be a vocal ally for the community, Gad said, in part, “Oh, absolutely. It’s imperative…. Sometimes you just scratch your head, because it comes down to common sense. I have a difficult time understanding how people can deny someone their rights.” When the U.S. Supreme Court affirmed nationwide marriage equality as the law of the land, Gad notably wrote a column in USA Today calling out Justice Antonin Scalia’s opposition to marriage equality.

Gad brings incredible wit, humor and depth to all of his roles, from a Summer-loving snowman to a wacky Mormon missionary. In addition to numerous, celebrated roles in film, Gad took Broadway by storm starring as Elder Cunningham in the Tony Award-winning comedy musical “Book of Mormon.” He was nominated for Tony, Drama League and Astaire awards, winning the Outer Critics Circle Award. In early 2017, he starred in the live-action Disney film “Beauty and the Beast” in the role of Le Fou, Gaston’s side-kick. He is also celebrated for his role as Olaf in Disney’s “Frozen.” He will next star in Disney’s Live-Action “Artemis Fowl,” Abe Forsythe’s “Little Monsters,” “The Angry Birds Movie 2,” “A Dog’s Journey” and “Frozen 2.” He was last seen in Open Road Film’s “Marshall,” about Supreme Court Justice Thurgood Marshall, as well as FOX’s “Murder on the Orient Express.” He will also next be heard in Apple’s animated musical comedy “Central Park,” which tells the story of how a family of caretakers, who live and work in Central Park, end up saving the park.

Throughout his public service career, Mayor Andrew Gillum has proven to be a staunch advocate for Florida’s LGBTQ community. Before marriage equality was the law of the land nationwide, Gillum fought to expand domestic partner benefits for city employees as City Commissioner. As Mayor of Tallahassee, Gillum strongly opposed efforts to undermine marriage equality, and opened his city’s doors to same-sex couples to marry when other Florida cities refused. In his historic campaign for governor, Gillum made the fight for true LGBTQ equality a key priority, pledging to install an interagency LGBTQ task force and sign the Competitive Workforce Act — legislation that would extend critically important non-discrimination protections to LGBTQ people across the Sunshine State. Today, he continues to be a leader in the fight to advance full equality for LGBTQ Floridians. HRC was proud to endorse Gillum in the Florida gubernatorial race, and to work alongside his campaign in turning out voters across the state.

Donna E. Shalala has spent her entire career fighting to improve the lives of others. The former president of the University of Miami, she has advocated tirelessly for women’s rights, civil rights, increased access to health care, better education and schools and a clean, sustainable environment. She was appointed by President Bill Clinton to serve as the U.S. Secretary of Health and Human Services (HHS) where she served for eight years, becoming the longest serving HHS Secretary in U.S. history. In Congress, Shalala has pledged to support the Equality Act — critically important federal legislation that would finally add clear, comprehensive non-discrimination protections for LGBTQ people to our nation's civil rights laws.

In the lead-up to the 2018 election, HRC partnered with Equality Florida to put staff on the ground to mobilize equality voters across the state through canvassing door-to-door, direct mail and phone banking. In partnership with Equality Florida, Palm Beach County Human Rights Commission and SAVE, HRC has also hosted four Equality Action Academy trainings to give HRC members and supporters the tools they need to take action locally in legislative advocacy and in support of pro-equality candidate campaigns.

The inaugural HRC South Florida Dinner will be held at the Ritz-Carlton, Fort Lauderdale. Tickets and further information is available at https://www.hrc.org/events/hrc-south-florida-dinner.