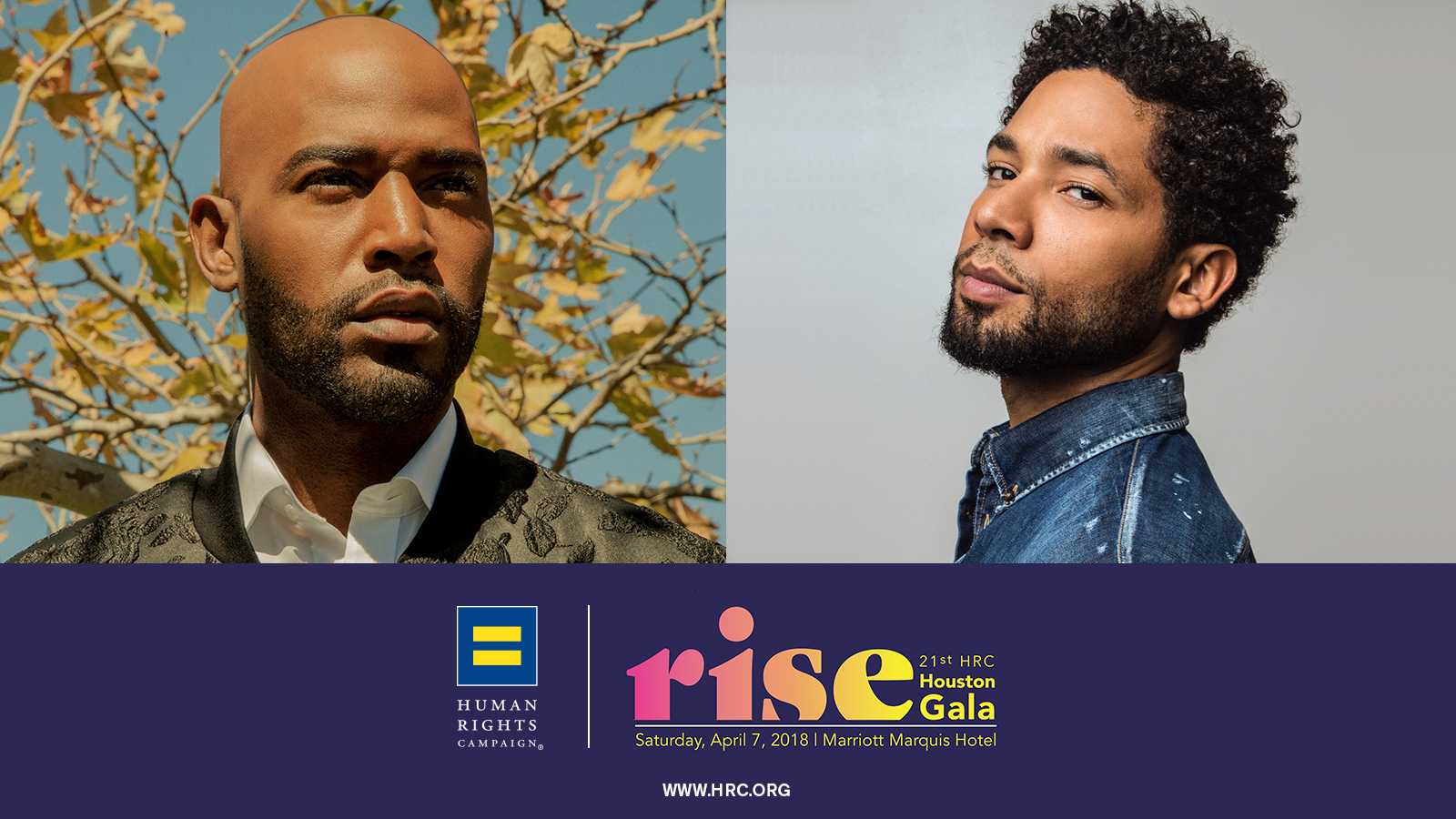 Today, HRC announced the organization will honor Karamo Brown, one of the ‘Fab 5’ in Netflix’s popular television series “Queer Eye,” at the 21st Annual HRC Houston Gala next Saturday, April 7, 2018, at the Marriott Marquis in Houston, Texas. Jussie Smollett (Empire, Sum of My Music) will present the HRC Visibility Award to Brown at the event which raises crucial funds in the fight for LGBTQ equality.

“As an out and proud gay man, Karamo Brown is using his incredible talent and public visibility to raise awareness and find solutions to the unique challenges LGBTQ people face,” said HRC President Chad Griffin. “We are honored to have him marching alongside us as a vocal champion for equality, and we are proud to honor Karamo Brown with the HRC Visibility Award at the 21st Annual HRC Houston Gala.”

Karamo Brown is a TV personality and LGBTQ equality advocate most known for being the ‘culture expert’ in Netflix’s reboot of “Queer Eye,” where he engages the subjects in important cultural conversations that help them get to the core of understanding themselves, so they can relate to the world better. Brown began his career in 2004 as a housemate on the hit MTV reality series “The Real World,” becoming the first openly-gay African-American in the history of reality TV. Shortly after the conclusion of “The Real World,” Karamo learned he had a nine-year-old biological child, whom he gained full custody of. He later left the spotlight to become a social worker and adopted his biological sons’ half-brother.

Brown currently serves on the board for OutRight International, a leading international LGBTQI human rights organization dedicated to improving the lives of people who experience discrimination or abuse on the basis of their sexual orientation, sex characteristics, or gender identity worldwide. He also co-founded the non-profit organization, 6in10.org, which provides tailored mental health support for black gay and bisexual men in order to eradicate the 6 in 10 HIV statistic plaguing this community. In 2016, Karamo was invited by the Obama Administration to work with the White House to create policy/ legislation to support LGBTQ youth and their allies after school hours.

Brown recently spoke at the HRC Equality Convention in Washington, DC, and joined Pulse Nightclub shooting survivors and family members to lead hundreds of HRC members and supporters in the #MarchforOurLives in the nation’s capital. Brown is a graduate of Marjory Stoneman Douglas High School in Parkland, Florida, and knew Aaron Feis — the football coach who was killed in the Parkland attack.

The HRC Visibility Award will be presented to Brown by Jussie Smollett, who is known for his groundbreaking role as tortured pop star, Jamal Lyon, in the mega-hit television series “Empire.” Smollett is also actively involved in numerous charities and community organizations. He was recently honored by the Black AIDS Institute with their “Heroes in the Struggle” award for truly making a difference in the fight against HIV/AIDS. Smollett now sits on the board of the Black AIDS Institute, Sankofa.org, The Trayvon Martin Foundation, and the RuJohn Foundation, which supplies clothes, school materials and scholarships to children in Jamaica and the U.S. In 2016 he received the prestigious NAACP Chairman’s Award and in 2017 was honored by the AFL/CIO for his activism and using his platform to bring attention to civil rights and social justice causes.