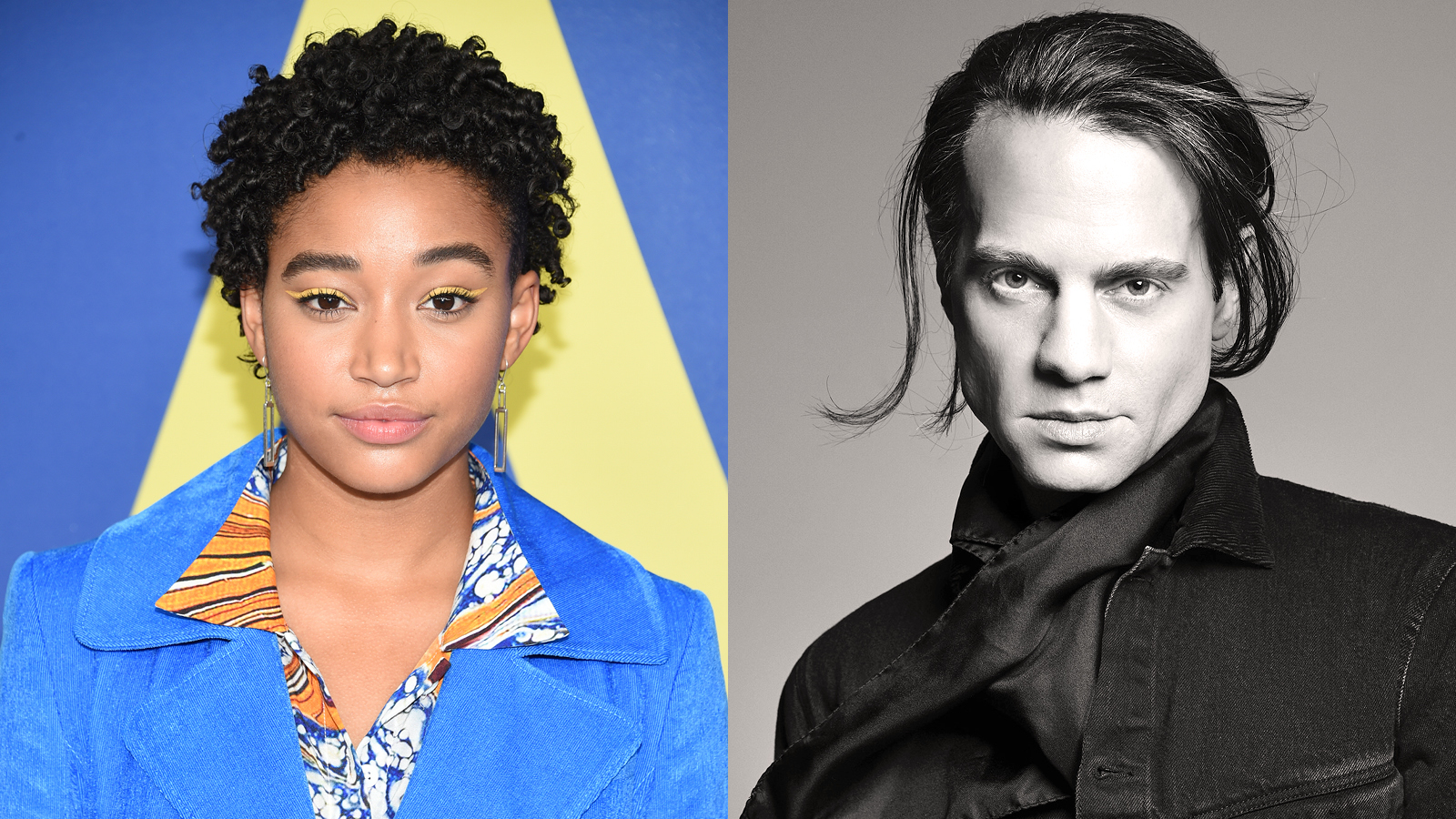 Today, HRC announced that award-winning actress Amandla Stenberg will receive the HRC Visibility Award and Tony Award-winning producer Jordan Roth with receive the HRC Legacy Award at the organization’s 2019 Greater New York Gala on Saturday, February 2, 2019, in New York City. The annual event raises crucial funds in the fight for LGBTQ equality and attracts more than 1,000 of the organization’s most active members and supporters, political officials from federal, state, and local governments, as well as celebrity entertainers and leaders from the business community.

“Amandla Stenberg is captivating audiences with her incredible talent while using her public platform to spark conversations on the importance of intersectionality and advancing fairness and equality for all,” said HRC President Chad Griffin. “An out and proud member of the LGBTQ community, Amandla is a passionate, bold and compelling voice in the fight for LGBTQ equality. HRC is proud to honor Amandla Stenberg with the HRC Visibility Award at the 2019 HRC Greater New York Gala.

“For years, Jordan Roth has expertly shaped Broadway musicals and plays in a way that stirs imaginations and speaks to the heart of the human experience,” continued Griffin. “Jordan has harnessed the power of storytelling and changed countless hearts and minds in support of LGBTQ equality and for all people to live open and authentic lives. HRC is proud to recognize Jordan Roth with the HRC Legacy Award at the 2019 HRC Greater New York Gala.”

Amandla Stenberg most recently starred in 20th Century Fox’s influential film “The Hate U Give,” for which she was recognized with multiple accolades including the Hollywood Film Award for Breakthrough Performance. In October 2018, she appeared on the cover of Time Magazine for their Next Generation Leaders issue, and has been recognized globally for her crusade towards sparking thoughtful conversation using social media as a platform to spread awareness and knowledge on topics such as cultural appropriation, intersectional feminism, mindfulness, biracial identity, sexual identity, equality, LGBTQIA acceptance, gender and beauty standards to name a few. Amandla has been recognized by the Teen Choice Awards, Hollywood Film Awards, BET Awards, NAACP Image Awards and more for her work, and her other film credits include “Where Hands Touch,” “The Darkest Minds,” “Everything Everything,” “As You Are” which won the Special Jury Award at Sundance 2016, “Colombiana,” “Rio 2,” and “The Hunger Games.”

Jordan Roth is a theatrical innovator who has established himself as a thought leader, style tastemaker and talented creator. As President of Jujamcyn Theaters, he oversees five Broadway theaters, presenting some of the most influential and successful musicals and plays on Broadway today, including “Frozen” at the St. James, “Mean Girls” at the August Wilson, the Tony Award-winning Best Musical “The Book of Mormon,” now in its eighth year at the Eugene O’Neill, the Tony Award-winning Best Musical “Kinky Boots,” now in its sixth year at the Al Hirschfeld and “Springsteen on Broadway” which just completed an unprecedented run at the Walter Kerr. Jordan’s upcoming 2019 shows include “Moulin Rouge” and “Hadestown.” He is a four-time Tony Award-winning producer, winning Best Revival of a Play for “Angels in America,” which broke records as the most Tony-nominated play in Broadway history. He has also won Tony Awards for “Kinky Boots” (2013 Best Musical), “Clybourne Park” (2012 Best Play) and “Hair” (2009 Best Revival of a Musical). Roth’s recent work also includes creating and starring in the animated musical satire web series “Birds and the BS,” which brands itself as “The kids show for adults! Because we’ve forgotten everything we learned in kindergarten.” He recently launched “Warmly, Jordan” featuring exclusive in-depth conversations with today's culture-makers including Tina Fey, Zac Posen and Arianna Huffington delivered via email. Jordan and his husband Richie Jackson live in New York City with their two sons.

The 2019 HRC Greater New York Gala will be held at the New York Marriott Marquis and tickets are available at www.HRCGreaterNY.org.