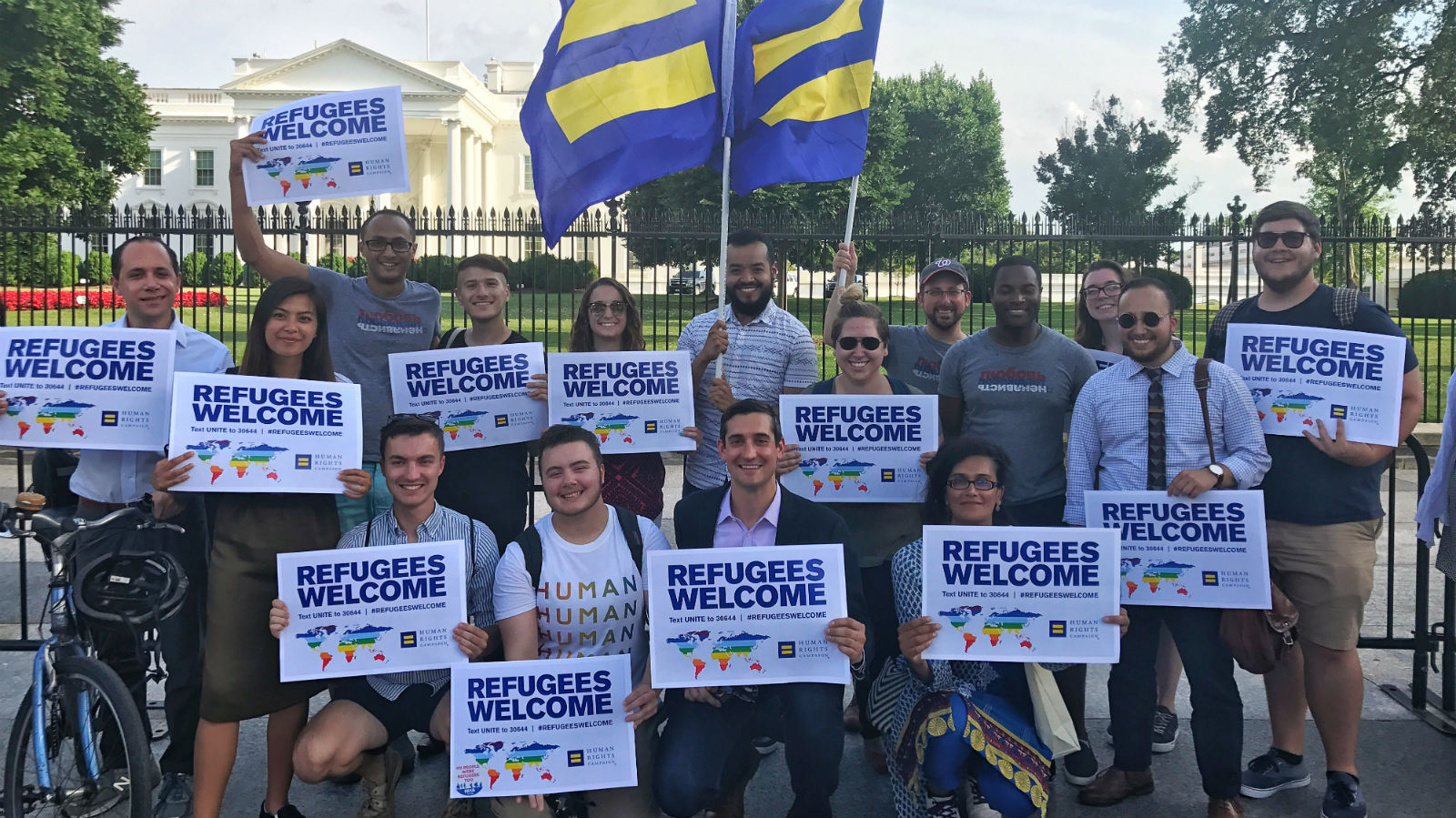 To mark World Refugee Day 2017, HRC joined a rally at the White House to send a clear message to the Trump Administration: Refugees are welcome here.

Ty Cobb, Director of HRC Global, spoke at the rally and told the crowd that our country must continue to accept refugees, no matter why they are persecuted. “Whether it be a gay man  who is fleeing Chechnya because he has been tortured and almost killed for who he loves, or a woman in Pakistan in faces violent backlash after courageously standing up to change her gender marker on her official documents, we must keep our doors open to welcome them because it is who we are as Americans.”

It was an honor to intro Martina -who fled Pakistan after persecution related to her gender identity - for @HRC at #WorldRefugeesDay rally. pic.twitter.com/F2knwbipGr

Cobb then introduced that very woman from Pakistan, Martina. She was the first Pakistani person ever to sue and win the right to change their gender marker on their official documents. Despite her win in court, she had to flee Pakistan because of threats to her life.

“It is so important for LGBTQ people around the world that the United States continue to be a safe place where we can run when we face persecution and violence - such as I faced when I finally was allowed to be the woman I truly am,” Martina said. “Without this great country. I would be in jail back at home, or worse.”

When she transitioned, she was told that she was violating religion and her family’s traditions. She began to fear for her life, and though she never wanted to leave her country, the violence and threats became too great.

She urged the crowd to keep fighting and to keep the U.S. open to help the people like her who need the safety and freedom to live their lives as their true selves.