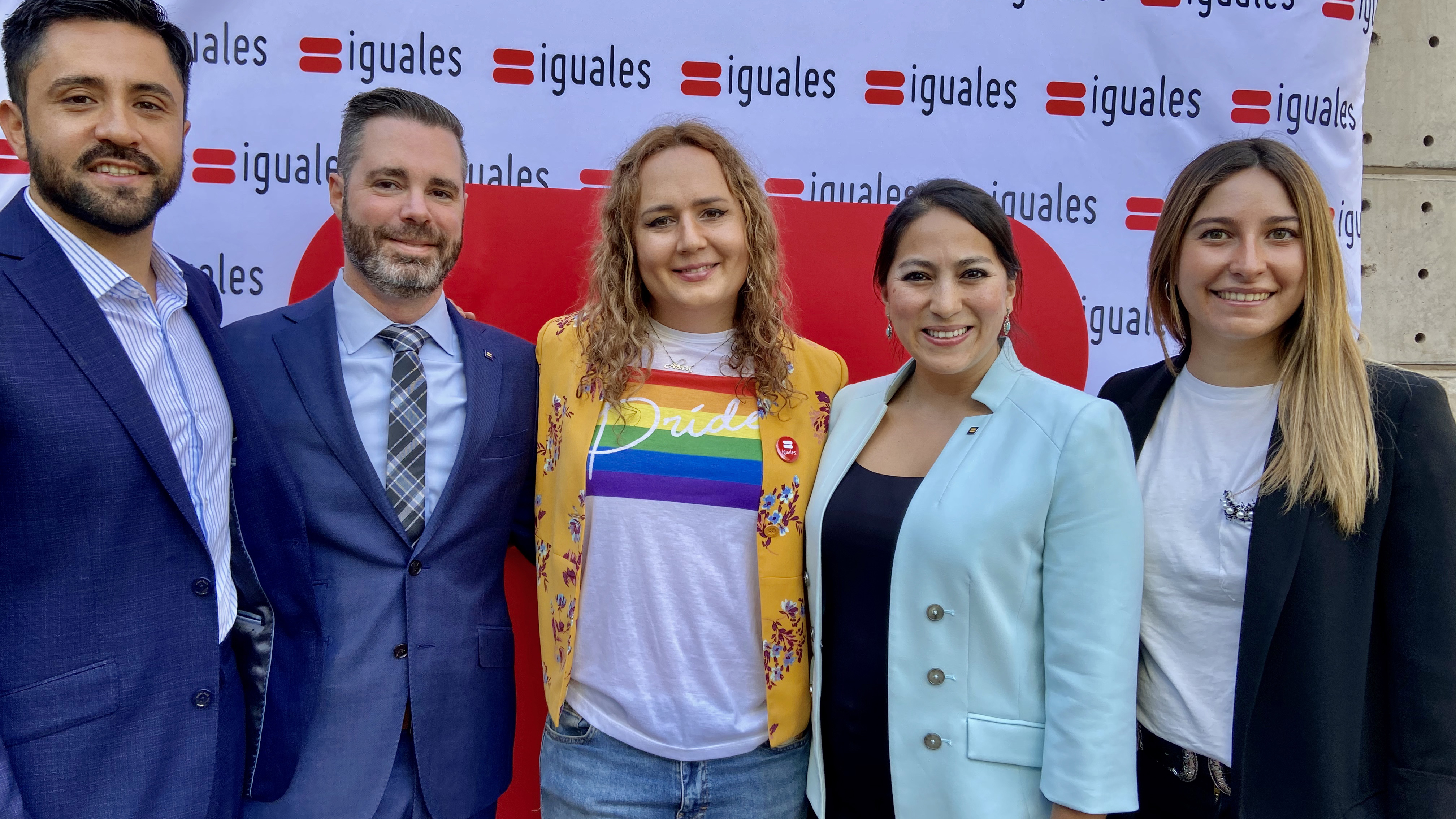 HRC was joined at a kickoff event today -- hosted by Accor Hotels -- by corporate leaders and representatives of major employers committed to continuing their efforts to create an inclusive corporate culture by participating in the HRC Equidad CL survey. In the coming months, the Chile-based program will collect responses to the survey and measure the growth of the program in its second year.

In last year’s inaugural survey, 15 companies earned top ratings and received the HRC Foundation’s designation of “Best Place to Work for the LGBT Community” or “Mejores Lugares para Trabajar LGBT,” reflecting their commitment to LGBT equality and adoption of vital LGBT-inclusive employment policies and practices. The Chilean-based survey, inspired by HRC’s annual Corporate Equality Index (CEI) -- the premier benchmarking tool on corporate LGBT-inclusive policies and practices in the U.S. -- is HRC’s first in-country program in South America and the second in Latin America following the successful model of HRC Equidad MX in Mexico.

“Business leaders in Chile are driving critical progress for our community by building workplaces that are inclusive and welcoming to all,” said HRC President Alphonso David. “As the new president of the Human Rights Campaign, I’m excited to see how HRC Equidad CL has been a powerful instrument for positive change in Chile and throughout the region. By advancing equality, more and more corporations are helping employees and economies thrive.”

“Every year, we see a growing number of businesses and corporations around the world understand the value of promoting an LGBT-inclusive workplace,” said Beck Bailey, director of HRC Foundation’s Workplace Equality Program. “Having these important companies participate in the HRC Equidad CL survey represents a significant step in raising awareness of workplace equality among Chilean-based businesses. We are excited to continue working with Fundación Iguales to expand our efforts and commitment to promoting LGBT inclusion across workplaces in Chile.”

“For Empresas SB it is important to measure their advances in sexual diversity and to be in tune with the best work practices that guarantee discrimination-free work spaces,” said Matías Verdugo, CEO of Empresas SB. “Equidad CL gives us the possibility to measure ourselves every year with the best companies in the field and to incorporate more practices in favor of the LGBT + community.”

“In its second year, the HRC Equidad CL program is already driving tangible change within businesses and corporations across the nation,” said Emilio Maldonado, HRC Equidad CL Implementing Partner. “We are excited to continue working with major employers to promote and grow LGBT-inclusive workplaces for all their employees and to witness this growth with Human Rights Campaign to carry on our collaborative efforts to achieve LGBT inclusion in Chile.”