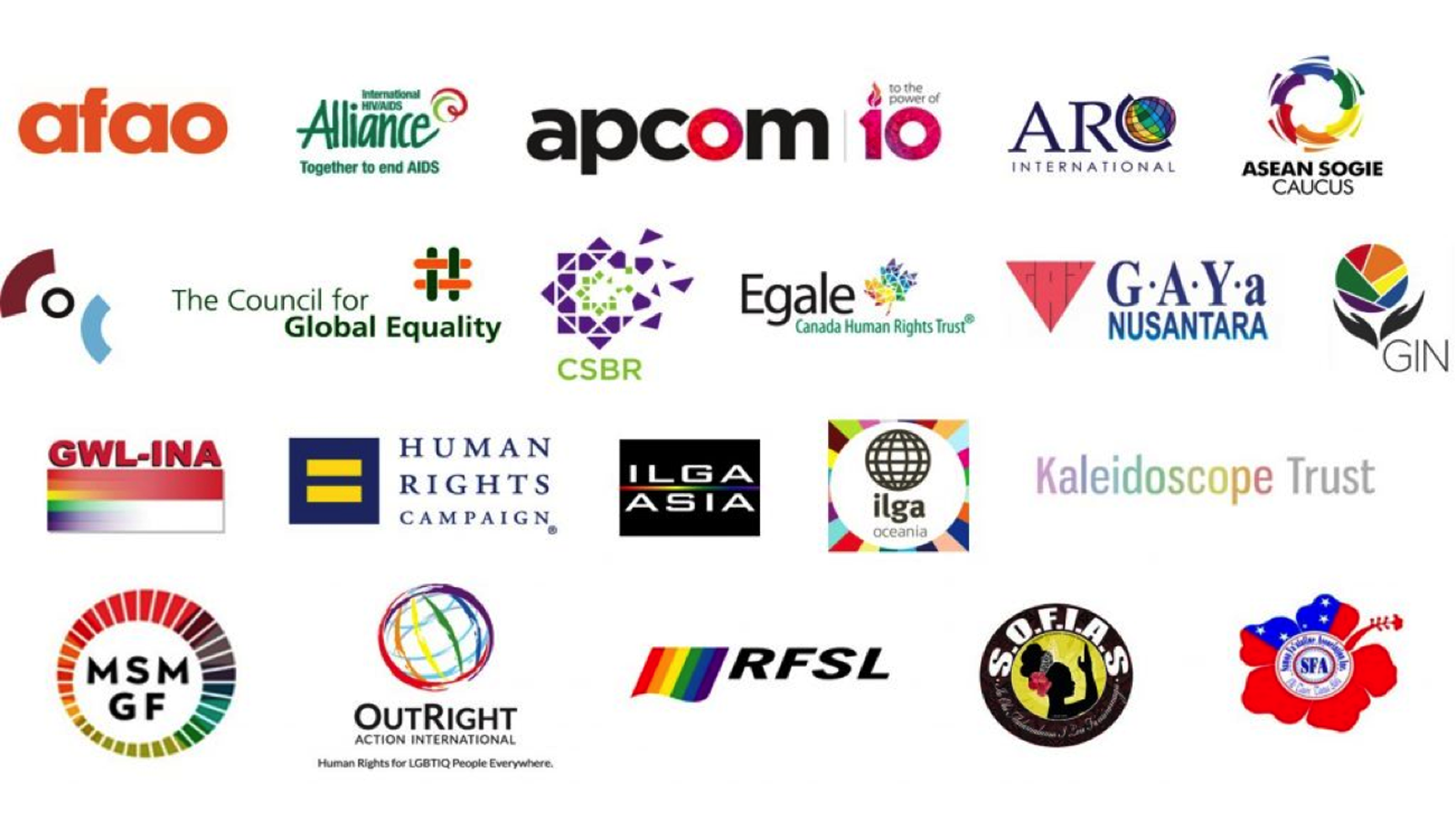 HRC recently joined a coalition of international organizations and individuals to denounce the growing persecution of LGBTQ people in Indonesia. More than two dozen groups and individuals joined the coalition to appeal to the people of Indonesia and supporters around the world to speak out against the increasing attacks on LGBTQ people in Indonesia and to stand up to protect their rights, safety and health.

The coalition statement follows last month’s arrests of almost 150 men during a raid in the Indonesian capital of Jakarta and caning of two gay men in the Indonesian province of Aceh as well as last year’s verbal attacks from top government officials, state institutions and extremists.

Read the full coalition statement below and at APCOM.org, a coalition of governments, United Nations partners, non-profits and community based organisations from Asia and the Pacific.

We appeal to the people of Indonesia and our friends and supporters around the world to help protect the rights and health of all Indonesian citizens by supporting efforts to end the growing mistreatment of lesbian, gay, bisexual and transgender (LGBT) people in Indonesia.

Our appeal follows several cases of human rights and privacy abuses over the last two months against over 150 men who have been unjustly detained, arrested and/or charged – and in two cases severely punished – simply because they allegedly had sex with other men or facilitated men to have sex with other men. The cases we refer to involve the caning of two young men in Aceh as well as two recent police raids, one at a hotel in Surabaya and another at a leisure establishment in Jakarta.

Our appeal also follows an anti-LGBT campaign over the last 12 months by government officials and conservative community groups in Indonesia which encourages this kind of violence, harassment and state-sponsored discrimination against LGBT people across Indonesia.

Firstly, the mistreatment of the men involves violations of natural justice, privacy and human rights not only in relation to the alleged sexual activity, but also in relation to forced HIV testing and the subsequent dissemination of test results to local media. These violations contravene not only many Indonesian laws but also Indonesia’s commitment to a range of international legal frameworks protecting the rights of individuals as well as members of cultural minorities.

Secondly, these violations threaten the privacy and human rights of all Indonesians. If local police are permitted to target one group of people in this way, then other individuals and groups in Indonesia are also potentially at risk of the same kind of treatment. If the law does not protect everyone, then ultimately it protects no one.

Thirdly, this campaign of persecution is also affecting the provision of HIV prevention, testing and treatment services to gay men and men who have sex with men (MSM). Fear of being targeted by police, other authorities and even neighbours is driving gay and MSM communities underground, making it much harder to deliver information and support to an already vulnerable group of people. This is a public health issue that should concern all Indonesians due to the growing impact that HIV is having on Indonesia’s health system.

Further to this, we note that the Indonesia Health Law (UU No 39 Year 2009) guarantees that implementation of health services shall be carried out with responsibility, safety and quality, and distributed evenly and non-discriminatively to all Indonesian people. In addition, the Indonesian government has a stated plan to cover the whole population with Universal Health Coverage (Jaminan Kesehatan Nasional) by 2019 with the following objectives as stated by Indonesia’s Minister of Health on 28/08/14:

● To strengthen healthcare services at primary and referral health facilities

Finally, responding to the plight of others with empathy and benevolence is an essential part of our common humanity. Imagine being subjected to the trauma and humiliation these men have endured, or the discrimination and exclusion that Indonesia’s LGBT community is experiencing, simply for expressing love or a gender identity.

The unwarranted treatment of these men, and the increasingly virulent campaign against Indonesia’s LGBT community, seeks to position LGBT people as ‘outsiders’ and a ‘threat to society’. However, LGBT people are just like everyone else – everyday people and fellow citizens who work hard to create a better life for themselves, their families and their community. As such we appeal to the people of Indonesia and our supporters across the world to join our efforts to ensure these men and all LGBT Indonesians are afforded the legal rights and health services to which they are entitled as citizens, and the compassion and dignity to which they are entitled as human beings.

HOW YOU CAN HELP:

● Share this statement with family, friends and colleagues to create awareness about this issue.

● Contact Indonesian government representatives or embassies to protest against the treatment of the men and the campaign against Indonesia’s LGBT community.

● Donate to GAYa NUSANTARA (www.gayanusantara.or.id) or GWL-INA (www.gwl-ina.or.id) to fund their efforts to protect the rights of these men and to fight LGBT discrimination in Indonesia.