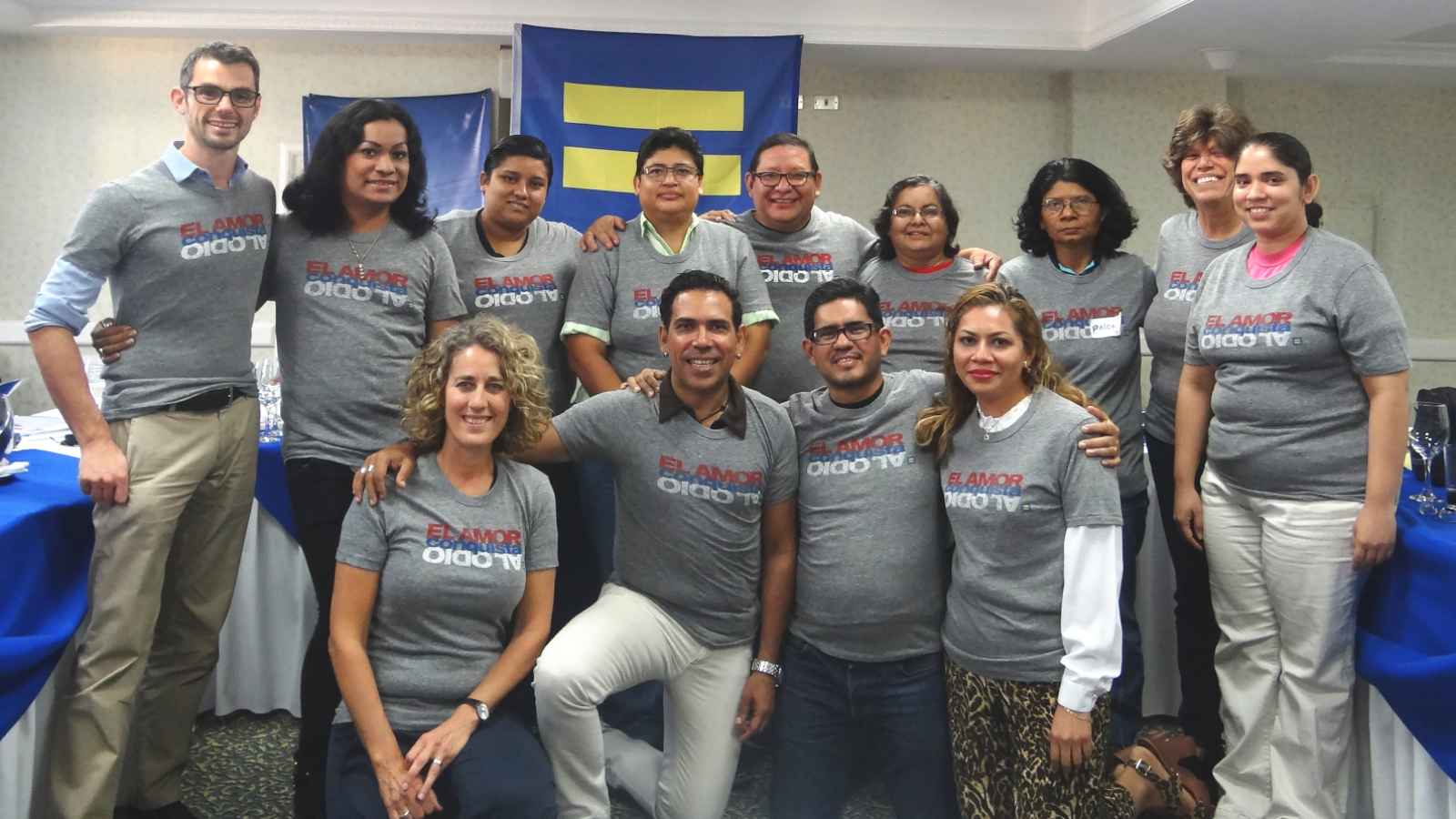 For the past year, HRC Global has been working shoulder to shoulder with an alliance -- Grupo Consultivo -- of LGBTQ advocates in Nicaragua. We have collaborated with them to raise their visibility, build allies, and increase political and community support for their efforts to gain legal non-discrimination protections. HRC staff have conducted seven in-person workshops in Managua and held hours of remote online consultations to share our lessons learned from more than three decades of advocacy promoting LGBTQ human rights and protections in the U.S. and beyond.

The LGBTQ community in Nicaragua is active, organized and has achieved some legal protections, most notably the creation of an LGBTQ ombudsperson in the current administration. However, it nonetheless suffers from widespread social exclusion and discrimination, and a lack of visibility. As a result, it is working to translate its gains into broader support and visibility for municipal and national protections.

This program is the first one that HRC has conducted with our partner, the National Democratic Institute (NDI). NDI is a U.S.-based nonprofit that works in more than 60 countries around the world to help citizens strengthen their democracies and ensure political and social inclusion of  vulnerable populations. HRC was invited by NDI to work with the Grupo Consultivo on a USAID-funded program to help them leverage the results of a national study on LGBTQ people into greater protections for the community.

Working together with our HRC colleagues in Project One America, we developed a model based on our highly successful “All God’s Children” campaign conducted in a number of southern U.S. states. We were able to demonstrate the impact of using a values-based approach to reaching communities to change hearts and minds, especially in deeply religious areas.

Our Nicaraguan colleagues chose to launch a media and visibility campaign entitled “En La Vina Del Senor, Todas y Todos Somos Sus Hijos”, which translates to “In the Vineyard of the Lord, We are All God’s Children.” The campaign is based on sharing the emotional and moving testimony of allies from all walks of life as they express their love and support for their LGBTQ family members, friends and colleagues. This will help build societal acceptance, which can then be leveraged to help pass legislative and policy protections.

The alliance has created a striking visual campaign for a nationwide audience through TV, print and social media. Thousands have watched the powerful testimonies and the alliance enlisted the support of local media personalities, such as Eveling Lambert, whose morning television show is widely watched across the country. They have created a widely liked Facebook page and a website that encourages others to share their stories and their journeys.

In addition, through the efforts of dozens of volunteers, the alliance launched a massive outreach and pledge campaign that has reached all corners of Nicaragua.They have gathered close to 10,000 signatures that will form the foundation of their appeals to municipal and national political leaders. They have reached out to small business owners to encourage them to create zero-discrimination zones and are working in coalition with other LGBTQ groups in Nicaragua to ensure a unified approach.

HRC Global is proud to be working with such creative, courageous and effective advocates. We look forward to continuing our collaboration with NDI and with the alliance over the upcoming months to gain even greater recognition and acceptance for the LGBTQ community in Nicaragua.

To find out more about HRC Global’s work, visit hrc.org/global.