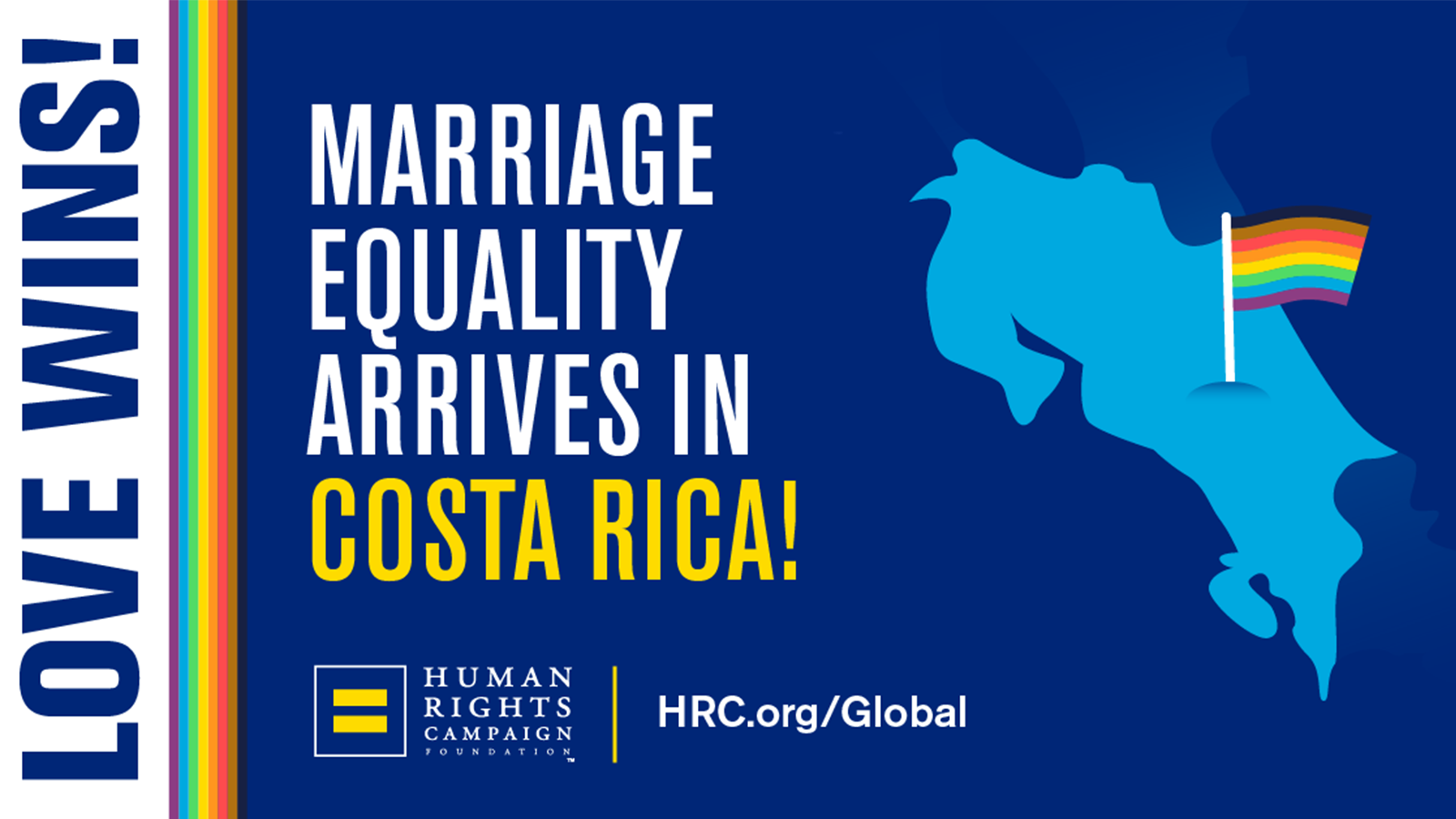 “Today, Costa Rica has made history, bringing marriage equality to Central America for the first time,” said HRC President Alphonso David. “Costa Rica’s LGBTQ community has worked tirelessly for years to make today a reality. This victory is theirs, and it inspires the entire global LGBTQ community to continue fighting to move equality forward. Now, other signatory countries of the American Convention on Human Rights should follow in Costa Rica’s footsteps and adopt the Inter-American Court’s guidance by establishing marriage equality. Today is a day for celebration, but also a reminder of the work we still must do around the world in our global fight for recognition and inclusion.”

This development comes after a 2018 decision by the Supreme Court of Costa Rica– which follows an earlier Inter-American Court of Human Rights advisory opinion – ordering the Costa Rican legislature to establish marriage equality by mid-2020 or have the ruling go automatically into effect. This victory comes despite members of the Costa Rican legislature’s last-ditch efforts to delay implementation of the decision.

See more about progress towards marriage equality around the world here. And see more about HRC’s work to support the incredible efforts of advocates on the ground here.