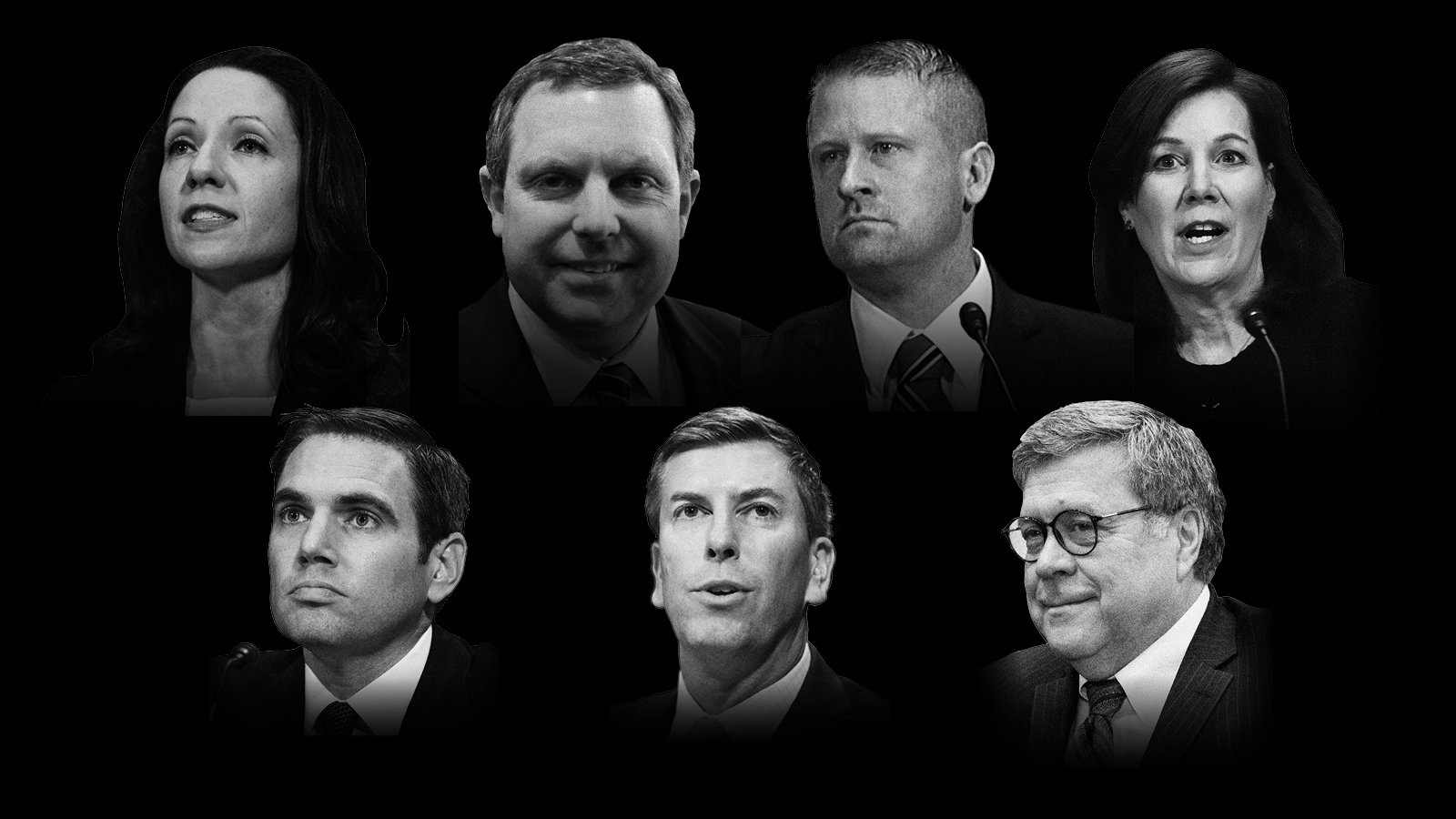 “William Barr’s record makes clear that he will perpetuate the discriminatory agenda of Jeff Sessions and double down on the Trump-Pence administration’s harmful attacks on LGBTQ equality,” said HRC Government Affairs Director David Stacy. “With the nominations of Kacsmaryk, Murphy, Readler, Rushing, Buescher and Vitter, the Trump-Pence administration is continuing their efforts to stack the courts across the country with nominees who would not defend and uphold civil rights laws for all Americans — including LGBTQ people. The Senate must reject these anti-LGBTQ nominees and make clear to the Trump-Pence White House they will only confirm those who will treat all Americans equally with the dignity, objectivity and fairness they deserve.”

The Trump-Pence administration continues to stack all agencies and the federal court system with nominees who are both unqualified and have troublesome records on equality. In a previously released letter calling on the Senate to reject Barr’s nomination, HRC Government Affairs Director David Stacy made clear that the next Attorney General must promote equality for all Americans by vigorously enforcing federal civil rights laws that so critically protect those most vulnerable to discrimination. Read that letter in full here.

William Barr has a disturbing record of undermining HIV and AIDS prevention, treatment and awareness. Barr created an “HIV prison camp” in Guantanamo Bay in 1991, which reportedly held 310 asylum-seekers in dire conditions without adequate healthcare. He also promoted a draconian approach to the federal government’s role in responding to the HIV/AIDS epidemic, including the adoption of proven methods of prevention and access to treatment. Barr blamed AIDS and other sexual transmitted infections on “sexual licentiousness,” calling them “the costs associated with personal misconduct.” He disputed public health efforts to inform the American people about the transmission and prevention of HIV and AIDS, opposing public health interventions, such as the distribution of condoms, because “by removing the costs of [sexual] misconduct, the government serves to perpetuate it.”

Matthew Kacsmaryk opposes the Equality Act and lobbied the Trump-Pence administration to sign an executive order that could exacerbate anti-LGBTQ discrimination. In opposition to transgender equality, Kacsmaryk co-signed an amicus brief in the Gloucester County School Board v. G.G. opposing the ability of transgender students to use facilities that align with their gender identity.

Wendy Vitter has a long history of opposing women’s reproductive rights. Vitter has used her public platform to promote misinformation on reproductive health and has spoken at anti-abortion rallies and panels.

Eric E. Murphy filed an amicus brief in 2017 in support of a school district that refused to allow transgender students to use facilities matching their gender identity and previously argued that same-sex marriage was “too new” to be a fundamental right.

Chad Readler, as former Acting Assistant Attorney General for the DOJ’s Civil Division, has argued against protections for LGBTQ workers and defied a court order requiring the Trump-Pence administration to disclose the names of the so-called “experts” it consulted regarding the administration’s transgender military ban.

Allison Jones Rushing’s record includes working with the Alliance Defending Freedom (ADF), a SPLC designated hate group, which supports the re-criminalization of same-sex relationships in the United States. Rushing also defended religious freedom and co-authored an article with ADF’s senior counsel that argued the courts were too often allowing “anti-religious” people with “eggshell sensitivities” to challenge government acknowledgments of religion.