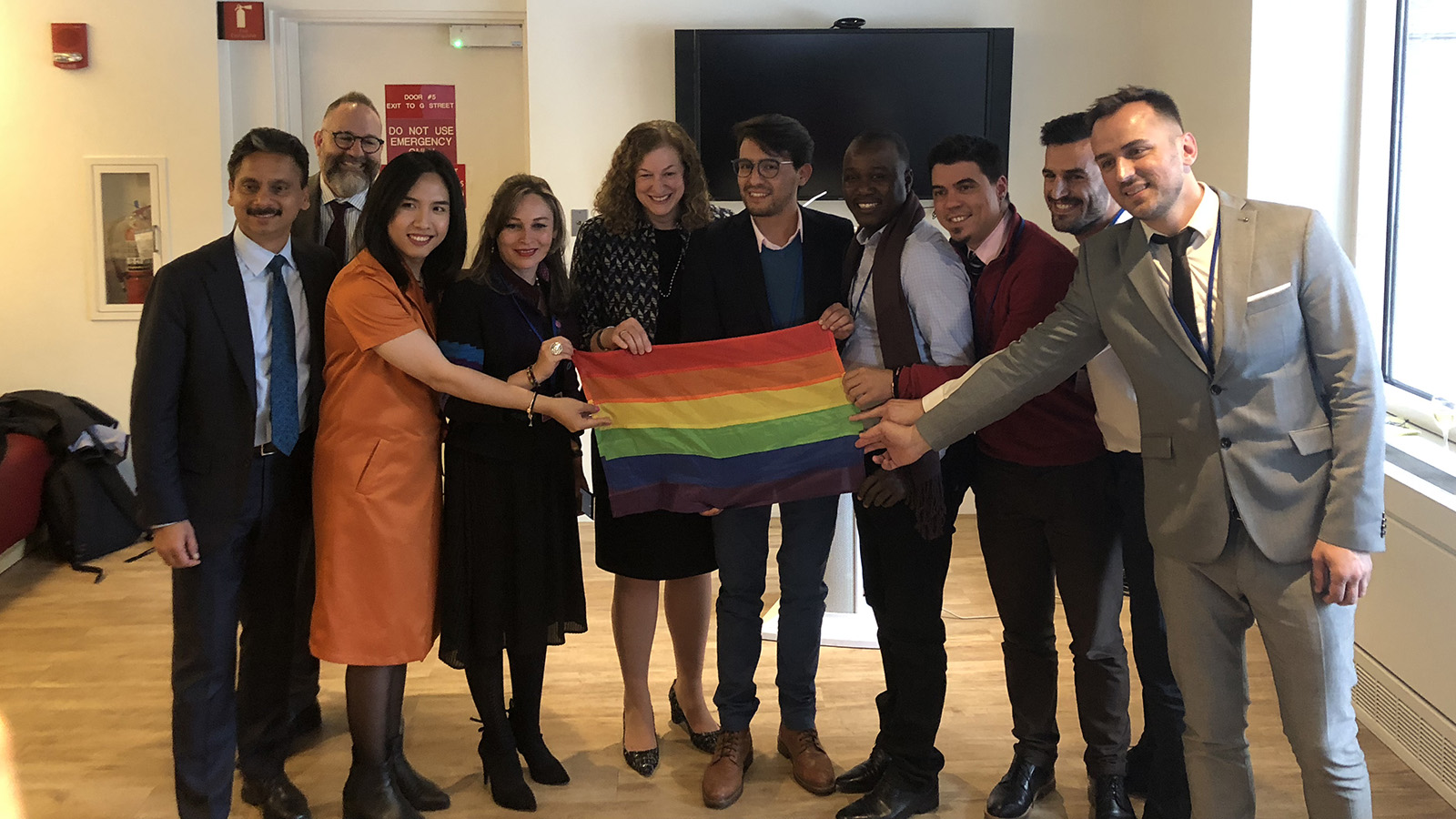 The group included recent HRC Global Innovators such as Gabriel Alves de Faria from Brazil, Alba Lucia Reyes Arenas from Colombia, Wannapong Yodmuang from Thailand, Danilo Manzano from Ecuador and Ryan Figueiredo from India. They joined several advocates from the Balkans and Haiti from the Bank Information Center-Europe and Gender Action to make the case that the Bank should increase its investments in LGBTQ people and ensure that its work is not causing any harm to LGBTQ lives.

During their time in Washington, the advocates also met with House Democratic Leader Nancy Pelosi, the Congressional Equality Caucus and other Congressional staff. The meetings included time to speak with World Bank leadership, including Cortez and his team, and with staff tasked with implementing programs in their home countries and regions. United Nations High Commissioner of Human Rights, Zeid Ra'ad Al Hussein, delivered remarks at the Bank’s Civil Society Policy Forum also spoke with advocates. They had the chance to meet other key stakeholders at a World Bank reception hosted by the Canadian government.

For many years, the World Bank has prioritized worked toward inclusive development, working to ensure that all people are able to access its their development programs. The activists made the case that such inclusive development goals must include LGBTQ people, who in many countries are excluded from accessing the education system, from employment and from health care.