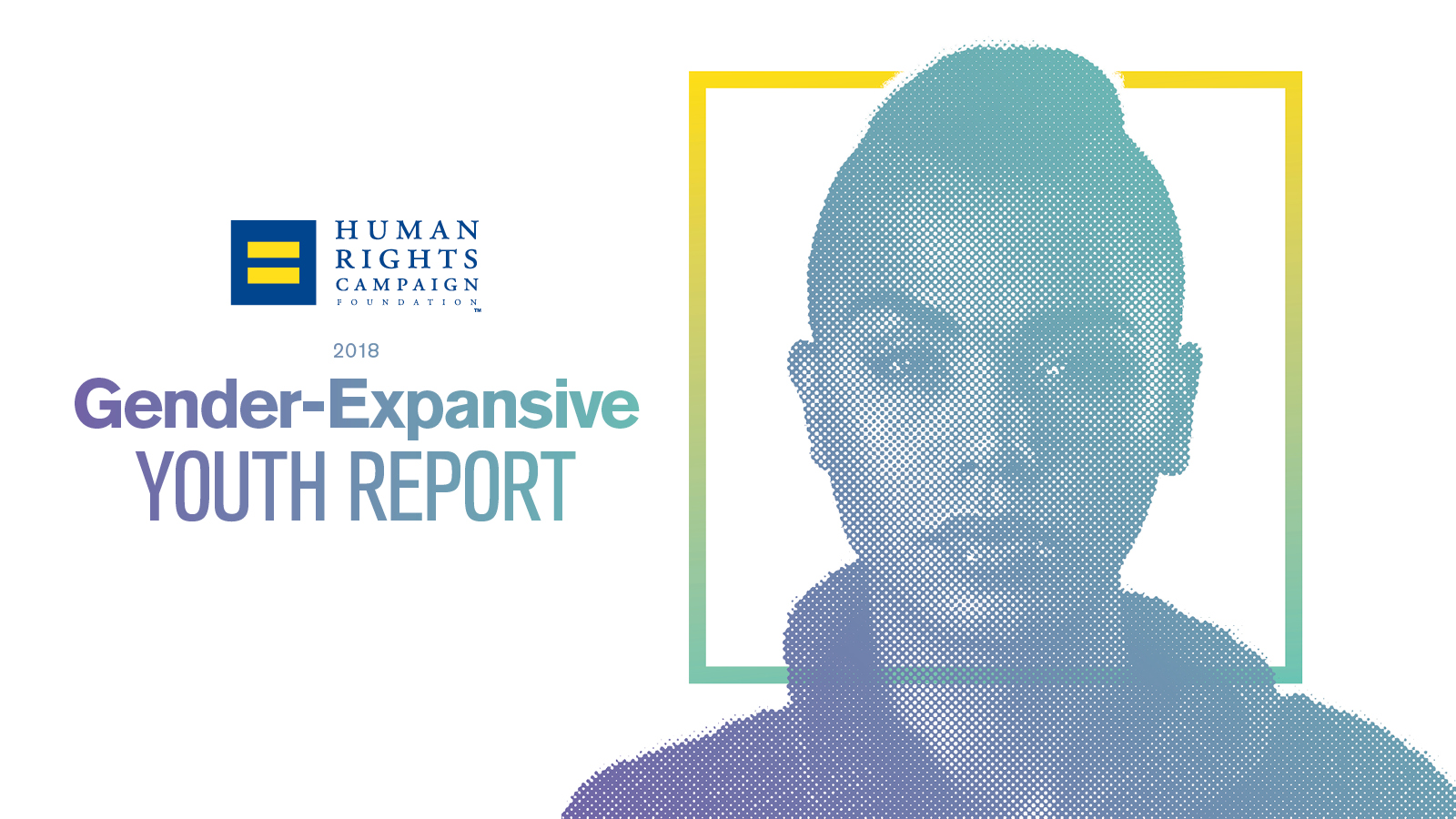 “Amidst an onslaught of political attacks on the rights and dignity of transgender people, these harrowing results reinforce that transgender and gender-expansive youth need action and need it now,” said Jay Brown, Acting Senior Vice President, HRC Foundation. “No child should have to wake up in the morning fearful of rejection, bullying or discrimination, but for far too many transgender and gender-expansive youth that remains an everyday reality. All of us must meet these young people’s perseverance with our own persistence as we fight to build welcoming schools and affirming communities for youth of all gender identities.”

The voices and experiences of these teenagers are powerfully reflected in the new survey, including the lifesaving role affirming adults can play in supporting transgender and gender expansive youth:

“I have been taught to believe my whole life by my parents that being LGBTQA+ is a sin and should be hidden.”

“I simply am not comfortable with coming out because I am scared I will be persecuted for it.”

“I went to a Christian school where everyone signed a contract saying they aren't LGBTQIA+, and I'd be expelled if I came forward.”

“My school counselor is the sole reason I am here today. She is the most wonderful, most accepting being I could ever think of.”

“What's made me more comfortable was the fact that my counselor is gay, so since he's part of the LGBTQ community, it makes me feel a lot better.”

The report also outlines steps families, schools and lawmakers can take to support and protect transgender and gender expansive teens, including advocating for inclusive non-discrimination protections for LGBTQ people at the local, state and federal levels, and comprehensive training for school faculty and staff.

In May, HRC released the 2018 LGBTQ Youth Report, which detailed the overall findings of the 2017 LGBTQ Youth Survey and its 12,000 respondents nationwide.

The U.S. lacks reliable data about LGBTQ people, especially about the experiences of transgender youth. In light of this, and in the face of consistent attacks on LGBTQ youth, HRC is ensuring that this data is in the hands of teachers, counselors, coaches, doctors and other youth-serving professionals across the country. These findings will inform a variety of HRC Foundation programs for youth and youth-serving professionals, including the Welcoming Schools program, the All Children-All Families program and the Time to THRIVE conference.

The full report on the experiences of transgender and gender expansive youth can be found here.