Growing Up Black and Queer 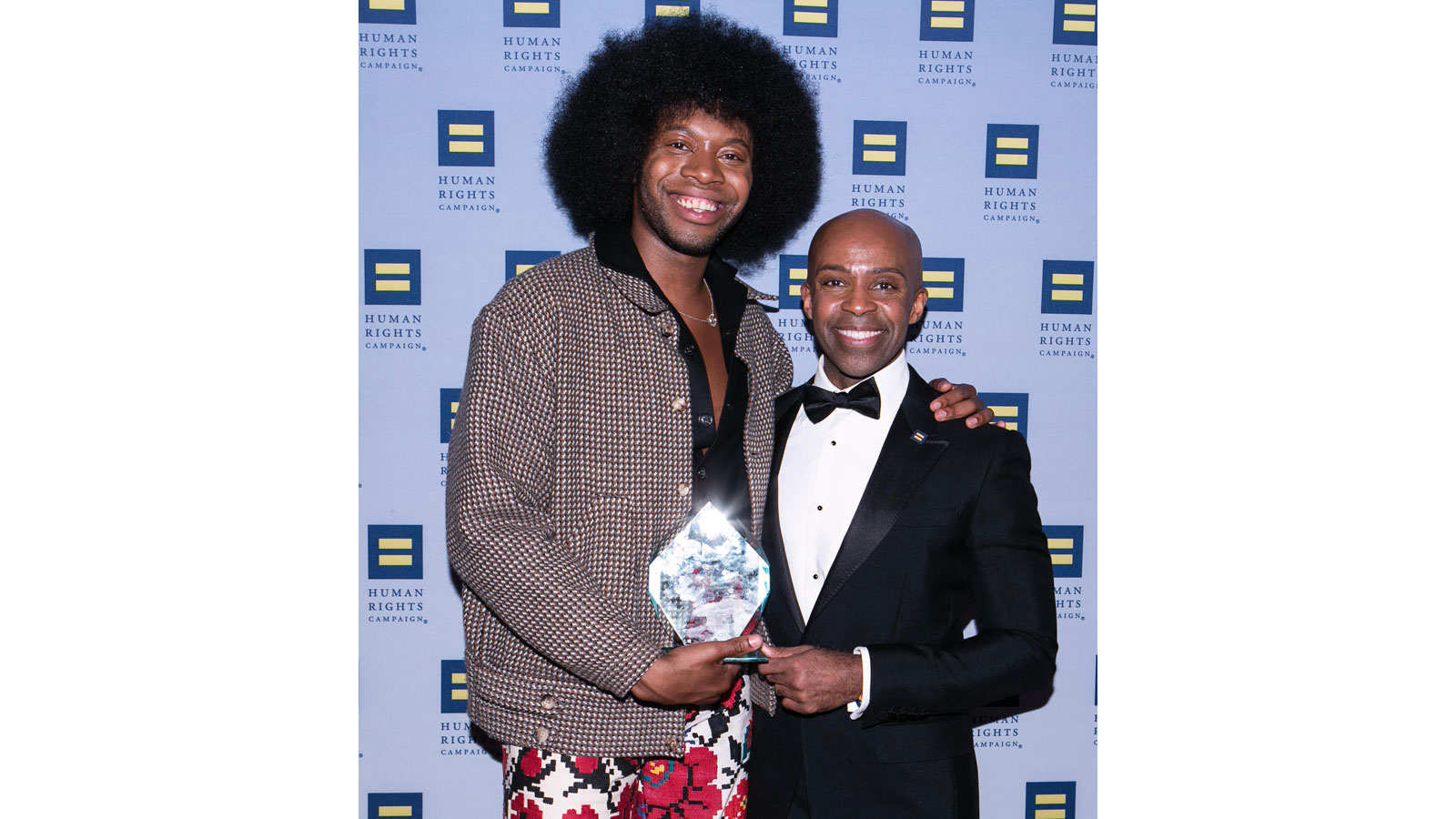 Post submitted by Jeremy O. Harris. Harris is an American actor and playwright, known for his plays Daddy and Slave Play. Harris is also a co-author of the screenplay for the forthcoming film Zola, directed by Janicza Bravo. On February 1, 2020, Harris received the HRC Equality Award at the Human Rights Campaign Gala in New York City.

As Black History Month comes to a close, I have begun reflecting on my own history. I write this with the awareness that being the loudest one in the room has provided me the platform I have but being loud, for me, was never a choice.

I grew up Black, obviously queer and tall in a small, predominantly white town in Virginia. And, whether I was speaking or not, I stuck out — a loud presence in a serene mountain town.

There are few places one can be purposefully loud. Theatre became a space where I could. In my performances, I could hone my loudness and the audience had no choice but to reckon with me at full volume. Yet, the longer I worked in the space it became discomfiting to see that the loudness I moved with was so rarely reflected in the plays I read because the canon had so few queer characters, let alone black queer ones.

So, I decided to start writing works of my own like Slave Play, which had its Broadway debut late last year. And I discovered the work I was yearning for was out there, just not given the attention from history it deserved. Much of it work by black women like Adrienne Kennedy, Lorraine Hansberry, and Alice Childress, not to mention black queer heroes like Robert O'Hara, George C. Wolfe and Branden Jacobs-Jenkins.

Representation in storytelling matters. And there’s no better time to be reminded of that than during Black History Month. I’m honored to work with the Human Rights Campaign and its president, Alphonso David, to remember the Black leaders — LGBTQ and allies — who have contributed so much to our history and to support the next generation of leaders to come.

HRC just released an updated coming out resource for those who are Black and a part of the LGBTQ community. I hope you’ll share it with those in your life who seek and work to create supportive spaces.

We need more Black queer kids who are unapologetically themselves, unapologetically loud and resources like this one can give our world more of them. I wish my younger self had this — it would have helped me make sense of me a lot earlier.

Imagine where we’d be if we rewarded people for being themselves. We’re not there yet, but we can move closer to making that our reality if we remember the power of our voices.

We all have one, even when others try to silence us. I use mine to champion stories about Black and brown queer bodies on stage and screen. Some might not see that as important given the state of our country right now, but I know the opposite to be true. Look at recent examples like the Georgian governments response to the film And Then We Danced, or the curriculum shifts in Oklahoma after the HBO's Watchmen showcased the 1921 Tulsa massacre.

Telling stories like ours matters because they can change hearts and minds — and changed hearts and minds can change the world. The Human Rights Campaign proves that in its work, fueled by all of you and the unwavering desire for change ... no matter how challenging it can be.

This Black History Month — and beyond it — I hope you’ll use your voice to uplift those that history doesn’t always highlight. Together, we can make a difference.


Filed under: Communities of Color, Coming Out