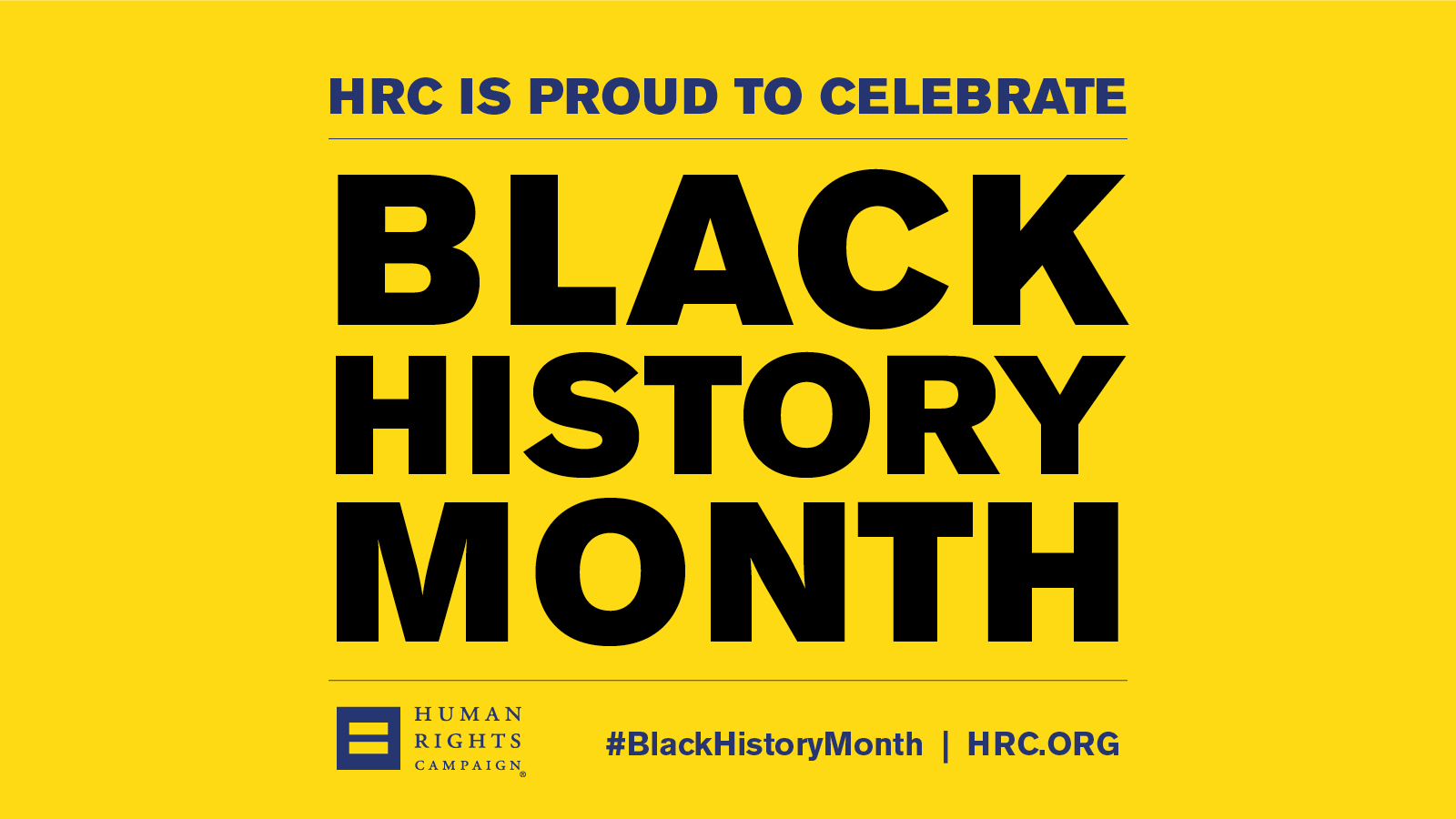 As we mark the start of Black History Month, HRC honors the Black LGBTQ and allied justice warriors who have tirelessly driven the fight for equality at the intersections of LGBTQ experiences and identities.

Each day during Black History Month, HRC will share stories of trailblazers who have made our movement possible. From Bayard Rustin to Patrisse Cullors, Alicia Garza and Opal Tometi, the women who founded Black Lives Matter, Black LGBTQ people and allies continue to be at the center of the collective fight for equality.

“It is imperative that we acknowledge and celebrate the contributions that Black warriors for justice have made and continue to make in defining our historic march toward full equality for all,” said Nicole Cozier, HRC Director of Diversity & Inclusion. “Black History Month provides an important opportunity to begin correcting oversights embedded in our collective history. It is incumbent on all of us to commit to shining a light on these too-often unsung warriors whose heroic efforts have driven our movement.”

Historians like Carter G. Woodson, the founder of Black History Month, remind us to question the underrepresentation of Black people in our stories.

Artists like Maya Angelou, Alice Walker, James Baldwin, Audra McDonald, Lee Daniels, Tarell Alvin McCraney and Audre Lorde give voice to the richness of the emotions and experiences of the Black community, amplifying our shared struggle through mediums from poetry to film.

Politicians like Andrea Jenkins, Kamala Harris, Cory Booker, Elijah Cummings, Maxine Waters and John Lewis provide bright lights in dark times, advocating for LGBTQ people at the local and federal level and reminding us that the fight for equality is far from over.

“Fighting for everyone’s civil rights is in our common interest, and in our self-interest,” said Harris at the 2017 HRC National Dinner. “No one should be left to fight alone. No one should have to hide — not in the closets, and not in the shadows.”

HRC stands committed to promoting racial diversity within the LGBTQ movement and to fighting bias and discrimination in all forms, including many of the unique challenges facing LGBTQ communities of color.


Filed under: Communities of Color, Community