#BiWeek: Meet the Public Figures Who Came Out as Bisexual in the Past Year 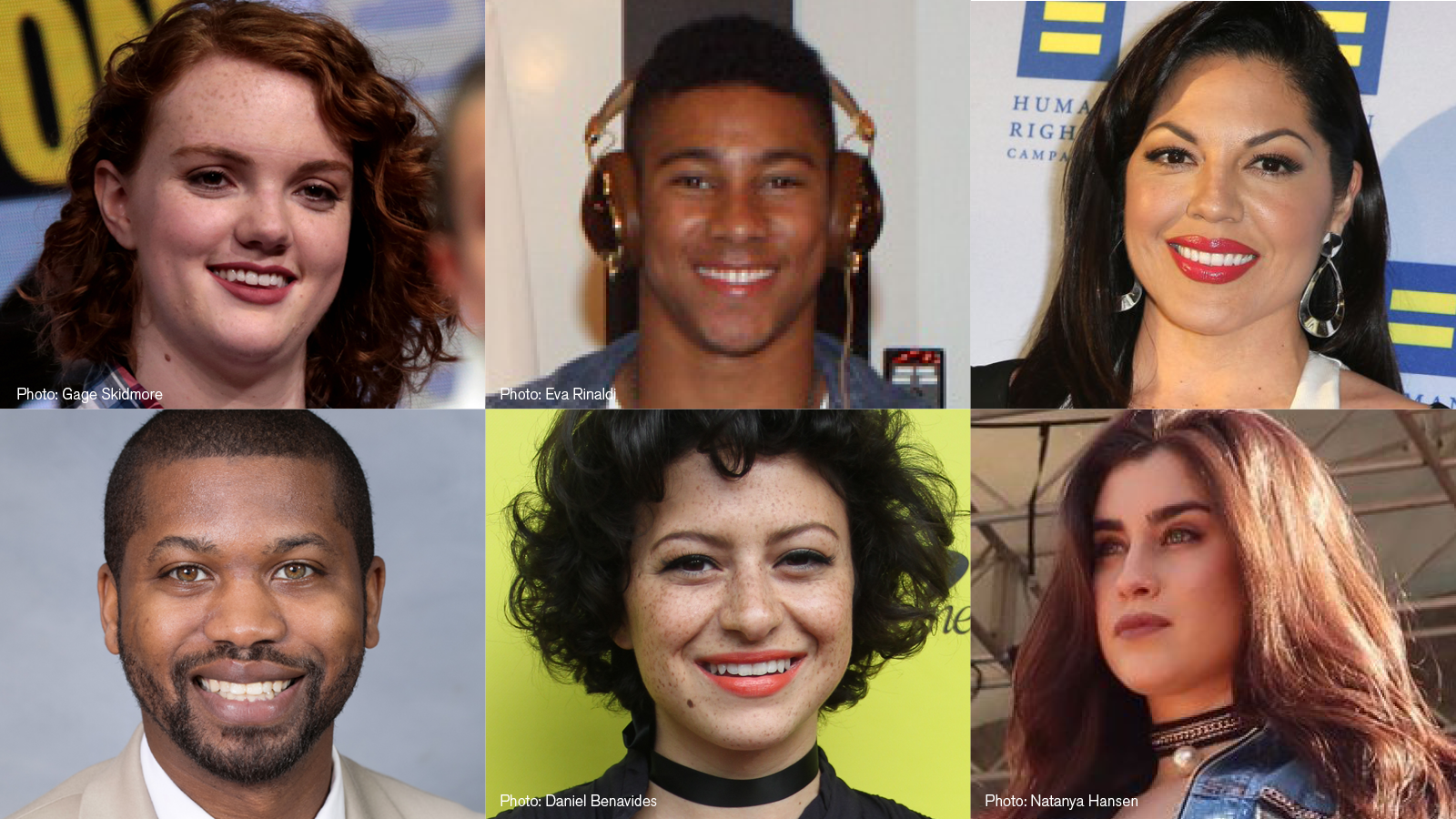 There’s much to celebrate during Bisexual Awareness Week, also known as #BiWeek, which culminates on Saturday, September 23 with Bi Visibility Day, as a record number of public figures, including actors, athletes, musicians and other influencers, came out as members of the bisexual community. Here are nine public figures who decided to open up in hopes of inspiring others to live their truth since last year’s National Coming Out Day.

Ramirez used her platform to raise awareness on the issue, saying, “I am deeply invested in projects that allow our youth’s voices to be heard, and that support our youth in owning their own complex narratives so that we can show up for them in the ways they need us to.”

Cecil Brockman
North Carolina House Representative Cecil Brockman came out as bisexual following a vote by the state house to override the governor’s veto of a law that would allow judges to refuse performing same-sex marriages.

Lauren Jauregui
Lauren Jauregui, a member of the music group Fifth Harmony, wrote an impassioned open-letter to Billboard following the 2016 presidential election on coming out and the importance of inclusion.

“I am a bisexual, Cuban-American woman, and I am so proud of it,” Jauregui wrote. “I am proud to be part of a community that only projects love and education and the support of one another.”

Nico Tortorella
Nico Tortorella, star of TV Land’s show “Younger,” proudly opened up about his bisexuality in an interview with the Vulture, where he candidly discussed his sexual orientation.

“The more I’m having these conversations, the more comfortable I am identifying as bisexual,” reflected Tortorella.

Taylor Bennett
Chance the Rapper’s brother, Taylor Bennett, came out as bisexual in a series of tweets earlier this year. In an effort to raise awareness and uplift others, Bennett spoke openly and honestly about the obstacles many LGBTQ people face when coming out.

I do recognize myself as a bisexual male & do & have always openly supported the gay community & will keep doing so in 2017. #ThankYou ����

Professional wrestler Anthony Bowens wrote a personal essay to OutSports about being bisexual following a video he posted with his boyfriend Michael Pavano on YouTube. For years, Bowens struggled with his own sexuality and feared telling others until he fell in love.

“Meeting Mike was a turning point in me being comfortable with myself in all settings,” he wrote.

Eventually, Bowens announced to the world on Facebook he was bisexual.

Alia Shawkat
Actress Alia Shawkat, featured on hit shows like “Arrested Development” and “Broad City”, spoke to Out Magazine about her projects and being openly bisexual.

Shawkat addressed the importance of intersectionality and hopes to be an advocate for other marginalized communities: “I used to be less outspoken. But as a woman, an Arab-American, and a member of the LGBTQ community, I have to use whatever voice I have. There’s no more delicacy in being quiet.”

Shannon Purser
Shannon Purser of “Stranger Things” and “Riverdale”, took the brave step to come out as bisexual in April.

Purser wrote in an emotional Twitter message saying: “I’ve only just recently come out as bisexual to my family and friends. It’s something I am still processing and trying to understand and I don’t like talking about it too much.”

Keiynan Lonsdale
This past May, Keiynan Lonsdale, who plays Wally West on The CW’s “The Flash”, opened up about being bisexual on Instagram after spending years struggling to accept himself.

I like to change my hair, I like to take risks with how I dress, I like girls, & I like guys (yes), I like growing, I like learning, I like who I am and I really like who I'm becoming. Spent way too many years hating myself, thinking I was less valuable because I was different.. which is just untrue. A couple years ago I was able to accept myself, & it saved my life, but now I've gotten to a new road block & I feel kind of lost. I gotta take the next step & actually embrace who I am, which is pretty exciting. Not faking shit anymore, not apologising for falling in love with people no matter their gender. I've become bored of being insecure, ashamed, scared... no one should feel like that about themselves, especially when there is so much good life to live. Ya know more & more I see so many young people being their best / truest selves, it's fucking inspiring... so what have I been waiting for!? Who knows. Everyone in their own time. I hope we can all learn to embrace who we are & not judge people who aren't exactly the same as us. The truth is we are all family, we're all one. Just love. Keiy. ❤

HRC hopes this list serves as a reminder the importance of bi visibility, and that whether it's for the first time ever or the first time today, the experience of coming out and living openly is a deeply personal and arduous journey. Visit HRC’s Coming Out Center or our bisexual resource page to learn more.

#BiWeek: Meet the Public Figures Who Came Out as Bi in Past Year | Human Rights Campaign