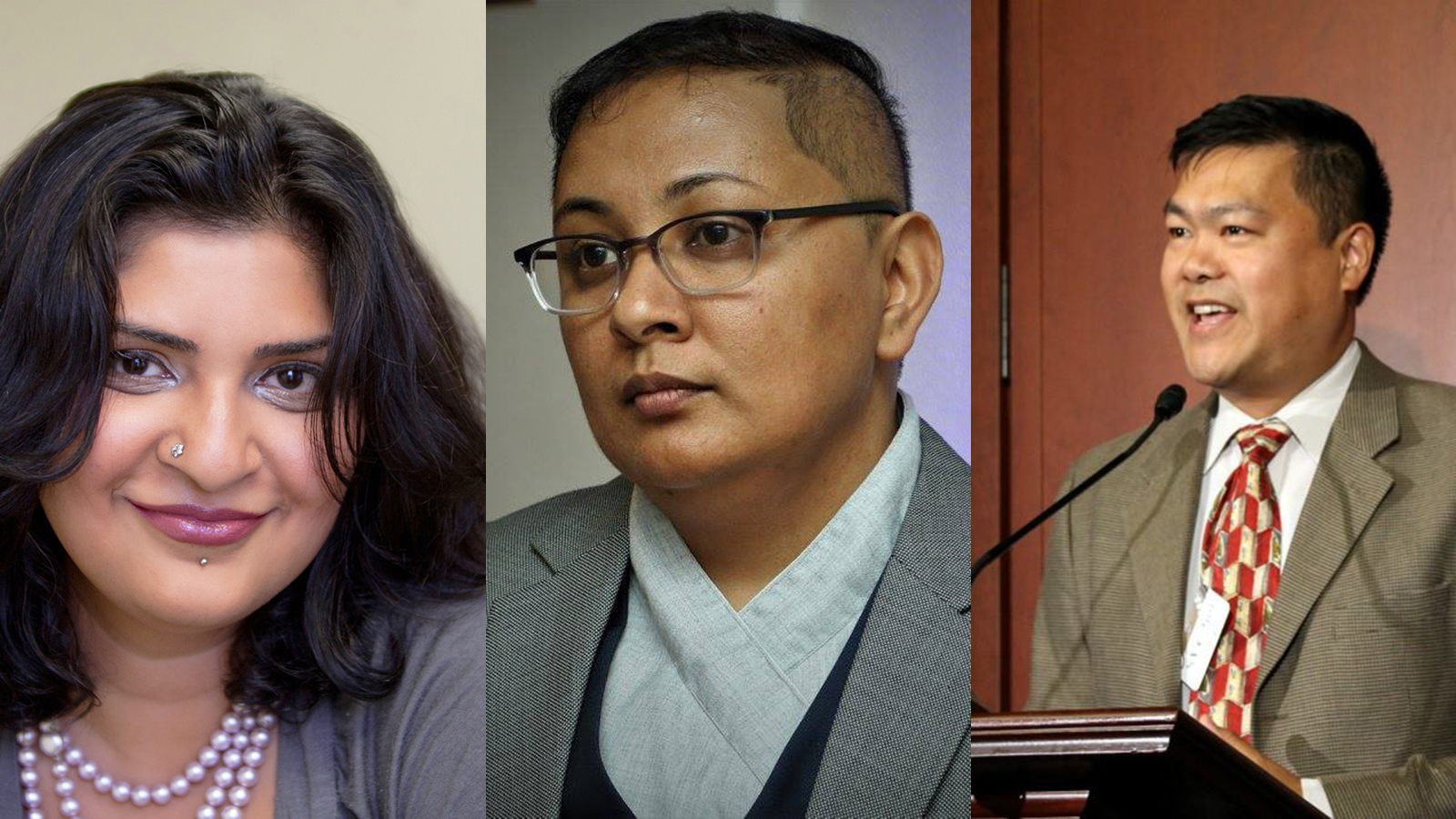 HRC is proud to celebrate Asian Pacific American Heritage Month this May by highlighting inspiring and courageous Asian Pacific Islander (API) LGBTQ leaders making change domestically and around the world.

Urooj Arshad
Pronouns: She, Her, Hers
Director of International Youth Programs, Advocates for Youth

My family immigrated from Pakistan to the U.S. when I was 16.  A year later in college I took a women’s studies course in which I learned about feminist theory. Suddenly, I had words to define how I’d always felt. I made queer friends and came out to myself at 19 and was outed to my family by my brother.

I work on national and international issues around sexuality and reproductive rights at Advocates for Youth. We provide program and funding support to organizations around the world led by and serving LGBTQ youth. We support the African Queer Youth Initiative, and I run a project in Pakistan.

As a brown immigrant who was raised Muslim, working on LGBTQ rights is immensely frustrating at times. Since Orlando, Trump and the far-right have advanced the notion that Muslims are inherently anti-LGBTQ.  There is lack of adequate resources and leadership to counter this.

Pabitra Benjamin
Pronouns: She, Her, Hers
Executive Director, Adhikaar

When I was 16, I came out to my father and brother. They were open minded and accepting.  I was afraid to come out to my mom, who is from a village in Nepal. When I was 20, I decided it was time to tell her.  Her immediate acceptance made me tear up. Today, my whole family is supportive of me, my wife and our baby.

I have been an activist since I was 13, founding three organizations in high school and college.  I have been an advocate for LGBTQ rights, racial justice and immigrant rights.  I am now at Adhikaar, which advocates for the Nepali-speaking community, especially women. I also worked at Amnesty and The National Queer Asian Pacific Islander Alliance (NQAPIA).

Much of the LGBTQ movement in the U.S. has historically been racially exclusive, reinforcing white-dominant culture and prioritizing the agenda of gay, white, upper-class men. It’s been hard to get issues facing Asian-Americans prioritized.  My approach to social justice is intersectionality-grounded, and I hope to be part of a new generation of LGBTQ leaders representative of our diverse community.

I actually came out in the Philippines during a study abroad trip the summer before my senior year in college and I told one of my closest friends. My coming out experience is intimately tied to my experience as a Filipino American and a diasporic child of immigrants.

I work in the D.C. Mayor’s Office of LGBTQ Affairs, making sure our city is a welcoming place for LGBTQ communities. I am a co-founder of the National Queer Asian Pacific Islander Alliance, which addresses international issues across Asian diasporas.

The intersections of racism, xenophobia, homophobia and transphobia harm the API community. As people of color and immigrants, we are subject to violence and harassment not only because we are LGBTQ, but because some of us are brown or Muslim.

HRC stands committed to promoting racial diversity within the LGBTQ movement and to fighting bias and discrimination in all forms, including many of the unique challenges facing LGBTQ communities of color. For more information from HRC about life at the intersections of API and LGBTQ identities, click here.