HRC will be represented by Lambda Legal and Modern Military Association of America (formerly known as OutServe-SLDN) in a lawsuit challenging the constitutionality of the Trump administration's ban on military service by transgender individuals. The federal lawsuit -- brought in response to President Trump’s formal issuance of directions to military authorities late Friday -- was filed on behalf of two individuals who seek to join the military; one current service member who seeks appointment as an officer; the Human Rights Campaign, the nation’s largest LGBTQ advocacy organization; and Gender Justice League, a gender and sexuality civil and human rights organization, headquartered in Seattle.

The individual plaintiffs, all of whom are transgender, include:

Ryan Karnoski, a 22-year-old Seattle man who currently works as a social worker and wishes to become an officer doing social work for the military. 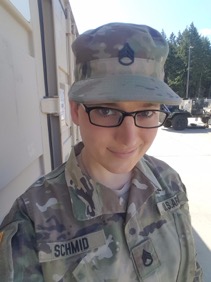 Staff Sergeant Cathrine (“Katie”) Schmid, a 33-year-old woman and 12-year member of the U.S. Army currently serving in Joint Base Lewis-McChord in Washington, who has applied to become an Army Warrant Officer. 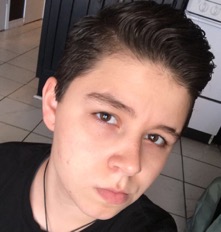 Drew Layne, a high-school student from Corpus Christi, Texas, who is about to turn 17 and, with parental support, wants to join the Air Force.

HRC and Gender Justice League have joined the lawsuit on behalf of their transgender members who are harmed by the ban.

We are also representing @HRC as plaintiffs on behalf of their many transgender members currently or prospectively in service. #TransBan pic.twitter.com/7jcOY9GZAt

On July 26, President Trump posted a series of tweets in the early morning hours announcing that, “The United States Government will not accept or allow transgender individuals to serve in any capacity in the U.S. Military.” The tweeted ban was swiftly and widely condemned by more than 56 retired generals and admirals and a large percentage of Republican and Democratic U.S. senators and representatives.

Despite that criticism, the White House proceeded to issue a memorandum directing the military to continue the ban on enlistment by those they learn are transgender, even though our armed forces currently are facing recruitment challenges, including in high demand positions like linguists, health care providers, social workers and aviators. The enlistment ban also bars transgender members of the military currently serving openly.

The memorandum further orders the return to past anti-transgender policies affecting continued service and medical care of those known to be transgender after the development of an implementation plan by the Secretary of Defense. Today’s lawsuit against President Trump, the United States of America, Secretary of Defense James Mattis and the U.S. Department of Defense is based on the Constitution’s guarantees of equal protection, due process and free speech for all.

“It is an unconscionable and unconstitutional breach of trust for the president to single out brave transgender service members and able recruits for discrimination. The harm that this administration is causing to both these courageous Americans and our national security must be stopped.

We are proud to be a plaintiff on behalf of our transgender members currently serving or wishing to enlist or commission, but who find their careers and their future under attack - and we thank all of the plaintiffs, Lambda Legal and Outserve-SLDN for their leadership in challenging this dangerous directive." -HRC's Sarah McBride