According to the Adoption and Foster Care Analysis and Reporting System FY 2020 data, more than 117,000 youth living in the foster system in 2020 were eligible for adoption. However, many taxpayer-funded child welfare agencies still discriminate against qualified, licensed lesbian, gay, bisexual, transgender, and queer (LGBTQ+) foster and adoptive families, refusing to place youth with these families or forcing them to go through a more extensive, time-consuming, and costly process before allowing placement. By denying LGBTQ+ families the ability to foster and adopt children, these agencies are denying children the right to safe, happy, and healthy permanent homes. LGBTQ+ youth residing in care settings outside the home face additional barriers to achieving long-term placements because many foster and adoption agencies remain hesitant to place these youth with families, and many fail to ensure their safety in those environments if they do.

Currently, federal funds go to supporting permanent adoption, and there are safety precautions in place to ensure that neither families nor youth are discriminated against because of race. There are no such safeguards against discrimination based on sexual orientation, gender identity, or marital status.

What is the John Lewis Every Child Deserves a Family Act?

The John Lewis Every Child Deserves a Family Act (ECDFA) would prohibit any child welfare agency receiving federal financial assistance from discriminating against any potential foster or adoptive family on the basis of religion, sex, sexual orientation, gender identity, or marital status. In addition, ECDFA would prevent discrimination against any foster youth because of their sexual orientation or gender identity.

The bill would prevent these taxpayer-funded child welfare agencies from engaging in such discrimination by allowing the Secretary of Health and Human Services (HHS) to withhold federal funding if evidence indicates that such discrimination is occurring. To make it easier for agencies to comply, the bill would mandate that HHS provide technical assistance to all covered agencies by outlining the various legal and practical changes the agencies will need to undertake. The bill would allow an aggrieved individual to assert a violation of these prohibitions in a judicial proceeding. 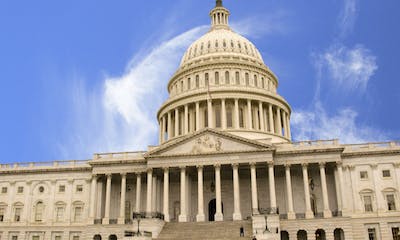