Here are four options for adopting a child:

LGBTQ+ people have successfully adopted children through each of these methods. However, each road poses its own challenges. For example, in the past some prospective LGBTQ+ parents who pursue an agency open adoption have found that there is a hierarchy of preferred parents for a child, and they are not on top. As a result, they are only offered children with special needs, while non-LGBTQ+ people are offered the younger, healthier children. (As April Martin has noted, this means that the most skillful parenting is required of the LGBTQ +parents entrusted with these children.)  It is important to thoroughly research agencies to ensure you will be welcome, and their protocol is compatible with your adoption needs.

More and more birth parents are choosing same-sex couples over different-sex couples and many private agencies report an increase in placements with our community.  Again, choosing an agency that you know will positively represent you to birth parents is essential, and even if the “waiting period” feels lengthy you can be confident that the agency is doing their best. It is also important to talk to other LGBTQ+ adoptive parents in your community about their experiences and for agency recommendations.

Some who pursue an independent open adoption risk heartbreak as they go through great effort to track down birth parents only to encounter repeated rejection from those who do not want to deal with them because of their sexual orientation or gender identity.  However, as mentioned above, an increasing number of birthparents are openly choosing same-sex couples.

At this point, it is very difficult to pursue an international adoption as an openly same-sex couple, or as an openly single LGBTQ+ person. Many of the countries that have children for adoption are extremely prejudiced against LGBTQ+ people, and either have explicit laws or policies or implicit cultural or societal “codes” that are against LGBTQ+ adoption. Presently, even the most welcoming agencies are exercising extreme caution about representing any LGBTQ+ people for international adoption because the process in general is becoming more challenging and even non-LGB couples are likely to face increased barriers. This decision does not reflect the agency’s position in favor of adoption by LGBTQ+ adults, but is based on the realities of the regulations and laws governing international adoption.

Keep in mind that prospective parents' experiences do vary greatly because other people's understanding about LGBTQ+ parents varies greatly. For example, one person's great adoption experience in Washington, D.C., may be countered by another's impossible experience in Colorado. But every day, more and more LGBTQ+ people are adopting children who need a good and loving home, and you could be one of them.

For more information see 8 Questions to Ask Before Starting the Adoption Process. 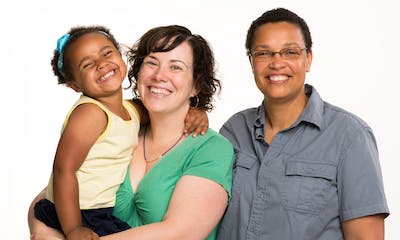 8 Questions to Ask Before Starting the Adoption Process 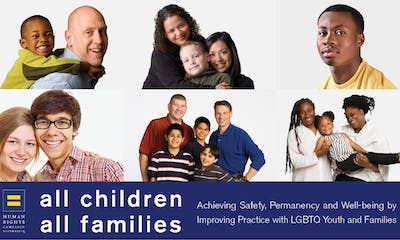 How Can I Find an LGBTQ+ Friendly Adoption or Foster Care Agency?