The passage of the Matthew Shepard and James Byrd, Jr. Hate Crimes Prevention Act in 2009 was a significant victory in the fight for equality for lesbian, gay, bisexual, transgender, and queer people. The expansion of hate crimes protections at the federal level sends an important message to our nation that the federal government will not tolerate violent crimes that target individuals because of their sexual orientation, gender identity or other characteristics, like disability, race or gender. Passage of the HCPA does not, however, end the need for state lawmakers to address hate-motivated crimes that terrorize communities across our country. Every state must consider ways to use state laws to supplement the HCPA. 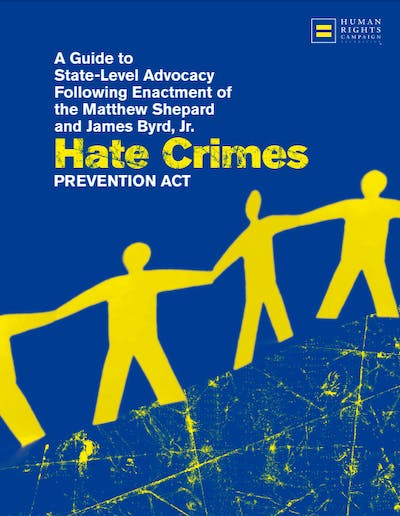