The Human Rights Campaign’s Equality Votes PAC launched a digital ad campaign focusing on voter education and turning out the vote in key states across the country including a six figure investment in five key congressional districts across Texas. The digital ad campaign, comprised of two new video ads, is focused on educating voters on early voting, mobilizing them to turn out to vote by November 3rd and holding Trump, Pence and the Senate Republicans accountable for their decision to prioritize confirming a Supreme Court nominee that would threaten LGBTQ equality instead of passing pandemic relief. This final investment is in addition to the initial digital ad reservation announced in September, bringing HRC’s total independent expenditure program spend in Texas to over $155,000 this cycle.

In “Urgency,” we highlight voting options this year and encourage Equality Voters to make a plan to vote. The ad, as well as an accompanying version in support of HRC endorsed Senate candidate MJ Hegar, will run in 5 targeted congressional districts in Texas including the 7th, 21st, 23rd, 24th, and 32nd. These videos and display ads are estimated to generate 8 million impressions in the final weeks and will appear on a number of online and social media platforms, including Facebook/Instagram, Vevo, Hulu, Pandora and other premium video and streaming platforms. 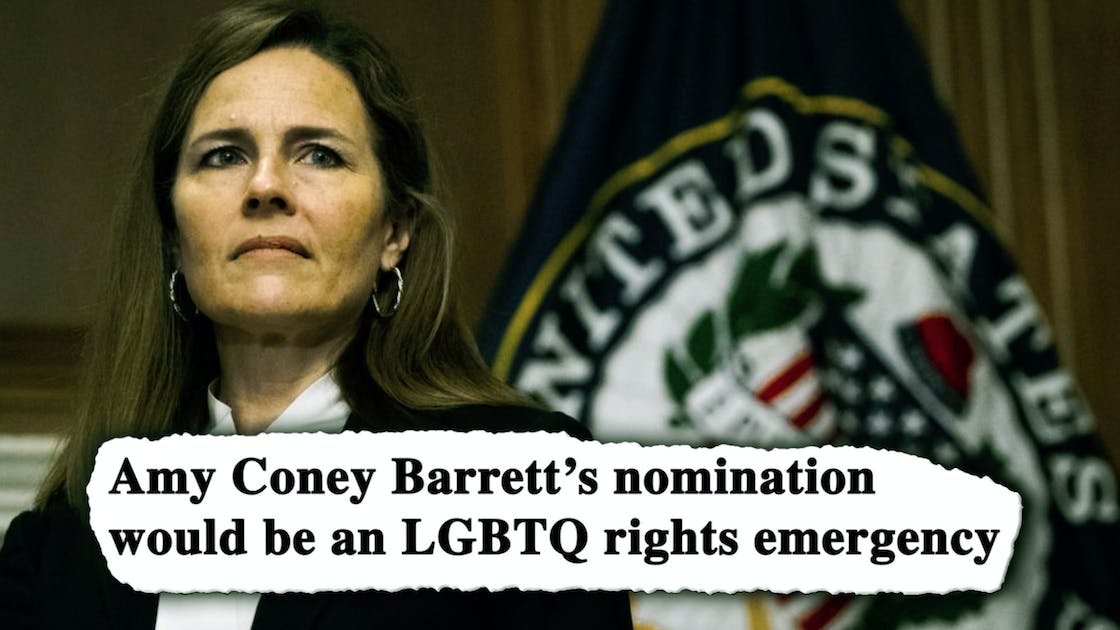 In “Don’t Get Comfortable,” HRC highlights Senator Cornyn's push to rush through the lifetime appointment of a Supreme Court nominee instead of prioritizing relief to Texans during the pandemic. The nominee, Amy Coney Barrett, is the self-proclaimed ideological heir to anti-equality Justice Antonin Scalia and would be a threat to LGBTQ equality, reproductive rights and access to affordable health care.

“Already, over 100,000 Texas Equality Voters have cast their ballots for this election and millions more will be turning out to vote by mail, early in-person, or on Election Day. They are voting in record numbers to reject Donald Trump and Mike Pence as well as their enablers like John Cornyn in the Senate,” said HRC Deputy Campaign Director Jonathan Shields. “The Human Rights Campaign’s Equality Votes PAC is investing in its largest effort ever nationwide -- across 12 states inclusive of 25 competitive congressional districts and 96 state legislative districts -- to educate and empower Equality Voters. Our votes will be counted in contests up and down the ballot and when the results are in, pro-equality champions like MJ Hegar and Gina Ortiz Jones will make history passing the Equality Act in the next Congress.”

The ads target over 120,000 Texas “Equality Voters” in these districts where their turnout is critical to the outcome of the Presidential and Senate contest statewide. Partnering with the data and analytics firm Catalist to create an “Equality Voter Model,” the Human Rights Campaign (HRC) built on decades of voter and polling data to assess the degree to which a person is likely to support pro-LGBTQ policies -- from marriage equality and adoption by LGBTQ parents, to laws that would prohibit discrimination on the basis of sexual orientation or gender identity.

Supporters in Texas can go to hrc.org/vote to verify their voter registration, find out about early in-person or mail voting options and receive election reminders. For more information on how to get involved, sign up to volunteer, or join an advocacy training, visit HRC’s Equality Voter Action Center.