LITTLE ROCK, AR. — Today, the Human Rights Campaign announced it has purchased airtime for an ad denouncing the actions of Arkansas Governor Asa Hutchinson, among others, during the University of Arkansas-Oral Roberts University March Madness Sweet 16 game this weekend. Yesterday, Gov. Hutchinson signed Senate Bill 354, an anti-transgender bill that bans transgender women and girls from participating in sports (including extracurricular and school sports at the elementary, middle, high school and collegiate level) consistent with their gender identity. Governor Hutchinson became only the second governor to sign anti-transgender legislation this session, after two conservative governors rejected similar legislation in Utah and South Dakota.

The ad has been purchased to air locally across Arkansas (Little Rock and Ft. Smith markets) as hundreds of thousands of Arkansans watch the University of Arkansas and underdog Oral Roberts University duke it out for a spot in the Elite 8 of the NCAA’s March Madness tournament. 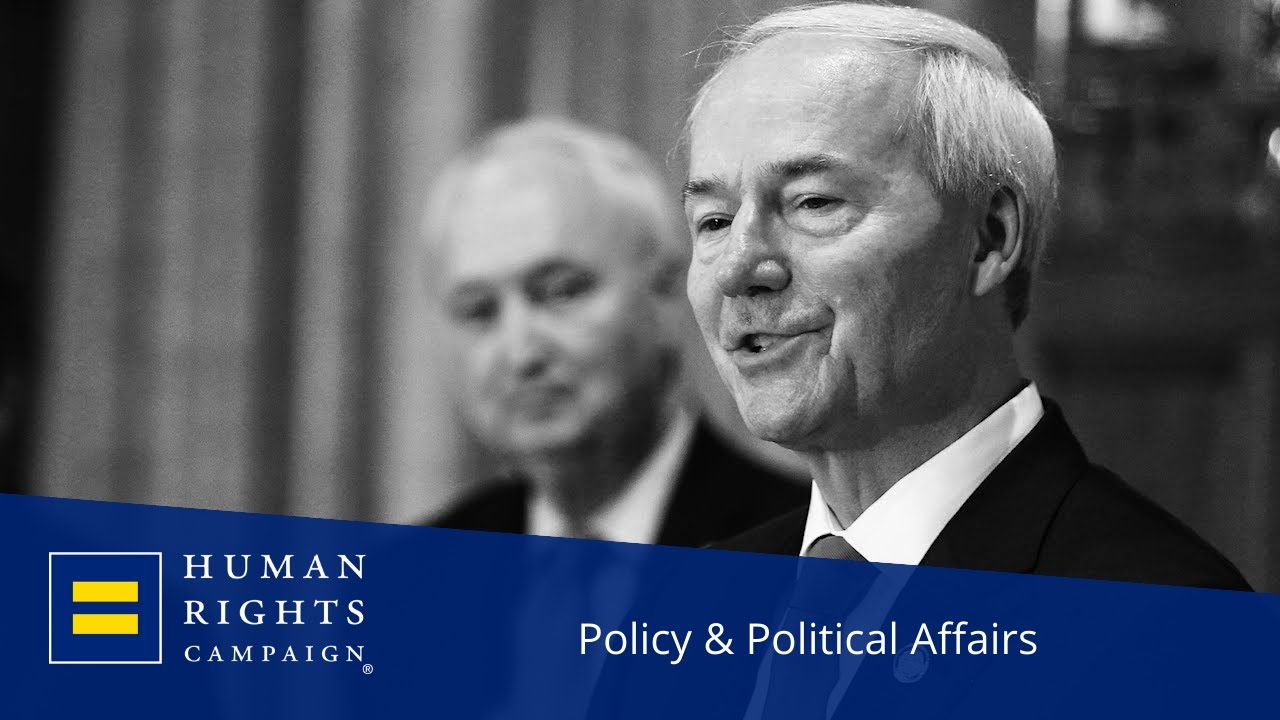 The legislative fight to pass discriminatory anti-transgender legislation has been fast and furious, led by national groups aiming to stymie LGBTQ progress made on the national level and in many states. There are so far 174 anti-LGBTQ bills under consideration in state legislatures across the country. Of those, 95 directly target transgender people and about half of those would, like SB 354, ban transgender girls from participating in sports consistent with their gender identity. Governors and legislators across the country have failed to provide examples of issues in their states to attempt to justify these attacks, laying bare the reality that these are attacks on transgender youth that are fueled by discrimination and not supported by fact. Collegiate and professional sports organizations have had trans-inclusive policies for years without incident, and there is no reason Arkansas needs a ban on transgender participation in sports.

A fight driven by national anti-LGBTQ groups, not local legislators or public concern

These bills come from the same forces that drove previous anti-equality fights by pushing copycat bills across state houses — dangerous, anti-LGBTQ organizations like the Heritage Foundation, Alliance Defending Freedom (designated by Southern Poverty Law Center as a hate group), and Eagle Forum among others.

Trans equality is popular: Anti-transgender legislation is a low priority, even among Trump voters

Another more recent poll conducted by the Human Rights Campaign & Hart Research Group revealed that, with respect to transgender youth participation in sports, the public’s strong inclination is on the side of fairness and equality for transgender student athletes. 73% of voters agree that “sports are important in young people’s lives. Young transgender people should be allowed opportunities to participate in a way that is safe and comfortable for them.”

Analyses conducted in the aftermath of previous divisive anti-transgender bills across the country, like the bathroom bills introduced in Texas and North Carolina and an anti-transgender sports ban in Idaho, show that there would be or has been devastating fallout.

The Human Rights Campaign is America’s largest civil rights organizations working to achieve equality for lesbian, gay, bisexual, transgender and queer people. HRC envisions a world where LGBTQ people are embraced as full members of society at home, at work and in every community.