The Human Rights Campaign uses cookies to improve your site experience. By using this site, you agree to our use of cookies. To learn more, please read our Privacy Policy.
More Information
BREAKING: Mark Green Withdraws as Army Secretary Nominee Following Weeks of Pressure from HRC
HRC’s campaign, #StopMarkGreen, exposed his extreme anti-LGBTQ record and shameful rhetoric
Washington -- Today, the Human Rights Campaign (HRC), the nation’s largest lesbian, gay, bisexual, transgender, and queer (LGBTQ) civil rights organization, claimed victory as Donald Trump’s nominee for Army Secretary, Mark Green, announced he would remove himself from consideration. Since Trump’s announcement of  Green’s nomination, HRC worked diligently to expose Mark Green’s shameful anti-LGBTQ record and rhetoric, and the danger his nomination posed to LGBTQ service members and their families.
“Mark Green’s dangerous views and hateful comments are disqualifying for any public servant, let alone someone wishing to serve as secretary of the Army. His nomination was a clear indication of Donald Trump’s lack of judgement and failure to be a president for all Americans,” said Chad Griffin, President of the Human Rights Campaign. “We thank the many Senators, from both parties, who expressed concerns about this nomination. HRC’s millions of members and supporters stood strong against Donald Trump’s nomination of Green, and we will continue to fight back against any appointment or policy made by this president that puts our community at risk.”
HRC lead a robust campaign to #StopMarkGreen and expose his shameful history of attacking LGBTQ people: 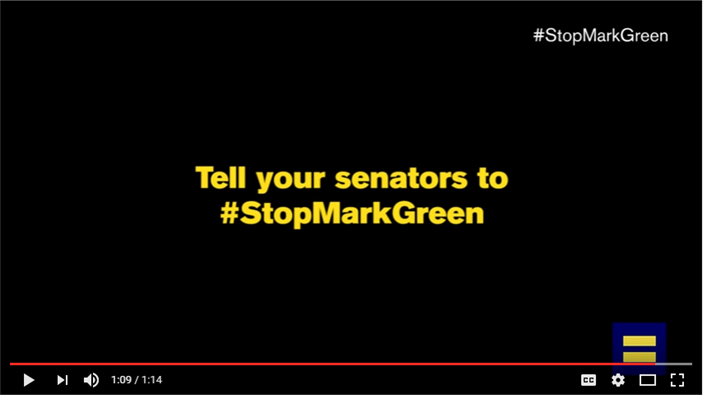 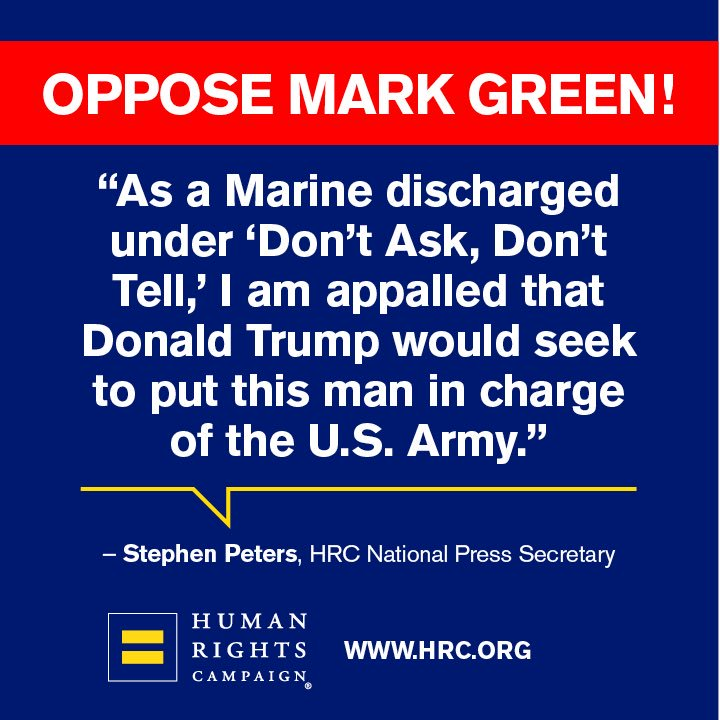 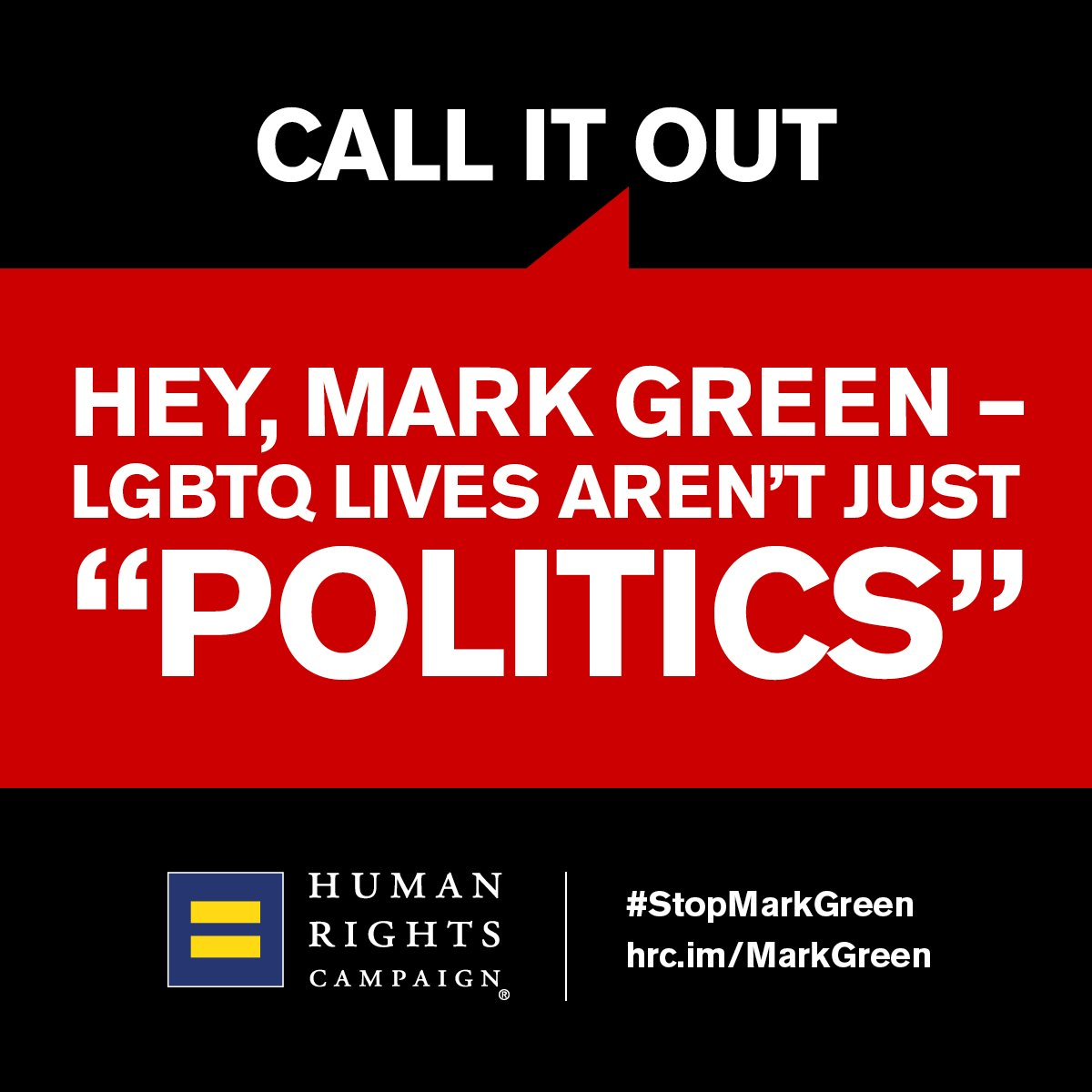 Mark Green’s shameful record includes using slurs against the transgender community, describing former President Obama’s guidance protecting transgender students an example of “tyrannical government,” saying being transgender is a “disease,” and encouraging the state of Tennessee to defy federal law and deny marriage licenses to gay couples.
If Green had been confirmed, he would have succeed former Secretary of the Army Eric Fanning, who made history as the first openly gay leader of a branch of the U.S. military.
The Human Rights Campaign is America’s largest civil rights organization working to achieve equality for lesbian, gay, bisexual, transgender and queer people. HRC envisions a world where LGBTQ people are embraced as full members of society at home, at work and in every community.
###