The Human Rights Campaign uses cookies to improve your site experience. By using this site, you agree to our use of cookies. To learn more, please read our Privacy Policy.
More Information
Today, the Human Rights Campaign (HRC), the nation’s largest lesbian, gay, bisexual, transgender, and queer (LGBTQ) civil rights organization, claimed victory as Senate Judiciary Committee Chairman Chuck Grassley announced that Jeff Mateer, a radical anti-LGBTQ judicial nominee, would not be confirmed for a seat on the federal bench. Since the day the Trump-Pence administration announced their intent to nominate Mateer to a lifetime judicial appointment, HRC worked diligently to expose his shameful anti-LGBTQ rhetoric and the danger his nomination posed to our judicial system.
“Jeff Mateer’s extreme rhetoric and hateful comments are disqualifying for any public official and should have prevented Donald Trump from nominating him to begin with,” said HRC President Chad Griffin. “We thank the Senators who expressed concern about this dangerous nominee and the many supporters who joined us to #StopJeffMateer. We will continue to fight back against the Trump-Pence administration’s attempt to appoint extremists across our judicial system and roll back our progress towards equality.”
Trump nominated Jeff Mateer to serve on the U.S. District Court for the Eastern District of Texas. In a 2015 speech titled “The Church and Homosexuality,” Mateer objected to a transgender student using a restroom consistent with her gender identity, saying “I mean it just really shows you how Satan's plan is working and the destruction that's going on.” He defended then-Indiana Governor Mike Pence’s ‘license-to-discriminate’ bill and objected to efforts to alter the legislation. Mateer fought against non-discrimination protections for the LGBTQ community in Plano and San Antonio, Texas, and he even supports the dangerous and debunked practice of so-called “conversion therapy.” Mateer also claimed that marriage equality will lead to bestiality.
HRC lead a robust campaign to #StopJeffMateer and expose his shameful history of attacking LGBTQ people:
WATCH: Sarah McBride: Anti-LGBTQ Extremist Jeff Mateer Cannot Provide Equal Justice Under the Law 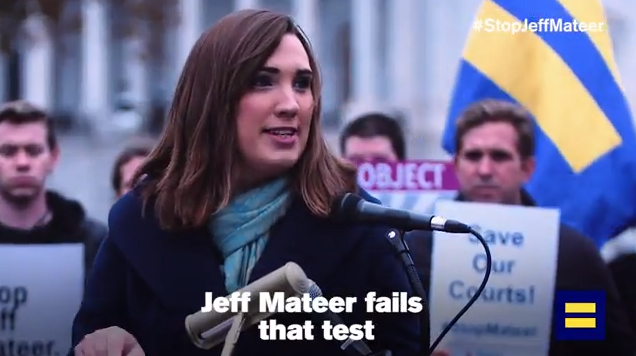 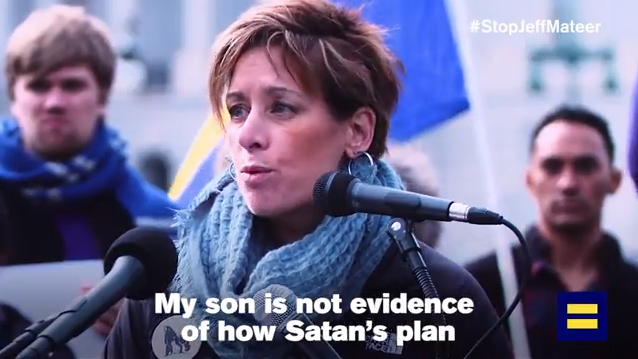 The Human Rights Campaign is America’s largest civil rights organization working to achieve equality for lesbian, gay, bisexual, transgender and queer people. HRC envisions a world where LGBTQ people are embraced as full members of society at home, at work and in every community.
###