The Human Rights Campaign uses cookies to improve your site experience. By using this site, you agree to our use of cookies. To learn more, please read our Privacy Policy.
More Information
100 DAYS: HRC Launches Timeline of Trump’s Unprecedented Attacks on LGBTQ Community

As Donald Trump’s 100th day approaches, HRC is launching a timeline to chronicle his unprecedented attacks on the LGBTQ community, and a social media campaign featuring ‘100 Messages of Hope’
WASHINGTON -- Today, the Human Rights Campaign (HRC), the nation’s largest lesbian, gay, bisexual, transgender, and queer (LGBTQ) civil rights organization, launched a website -- HRC.org/Trump -- chronicling the Trump Administration’s unprecedented attacks against the LGBTQ community. The timeline, which will continue to be updated, spotlights efforts to undermine the LGBTQ community from rescinding guidelines protecting transgender students, to appointing Jeff Sessions to the nation’s highest law enforcement post, to threatening a “license to discriminate” Executive Order and erasing LGBTQ people in federal data gathering -- as well as how the community is fighting back.
“Since the moment he walked into the Oval Office, Donald Trump has attacked our progress and undermined the rights of countless Americans,” said HRC President Chad Griffin. “After promising to be a president for all Americans, Trump has stacked his cabinet with anti-LGBTQ officials, rescinded protections for transgender students, pushed a Muslim ban and draconian deportation orders, and is reportedly considering a license to discriminate order. But instead of dividing us, Donald Trump has united us. Never before have Americans been more eager to participate, to advocate and to fight back. And today, HRC and our grassroots army are harnessing the full power of our democracy to protect our progress and resist Donald Trump’s attacks.”
In the run up to the 100 day mark, HRC is also launching a social campaign spotlighting 100 Messages of Hope that highlight how people have come together -- and to encourage people to post their own messages. 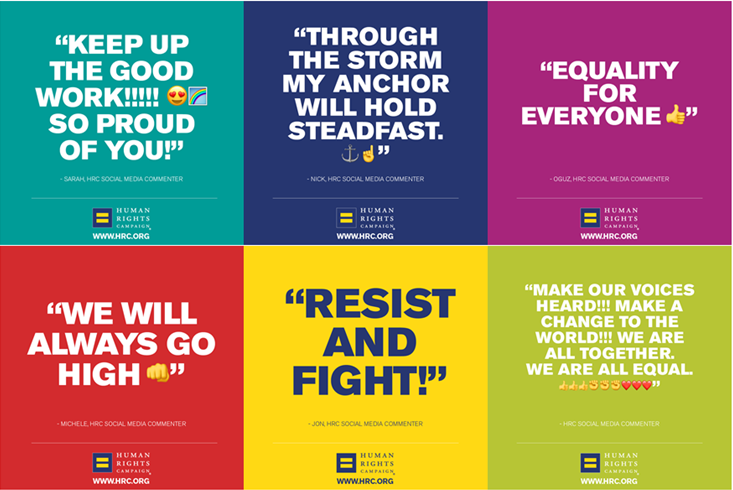 Since Inauguration Day, HRC members and supporters have logged hundreds of thousands of calls, emails and meetings with members of Congress to rally for the Affordable Care Act, to fight Trump’s nomination of anti-LGBTQ Supreme Court nominee Neil Gorsuch and other appointees, to lobby for the Equality Act and more. HRC has also mobilized tens of thousands of supporters for protests outside the White House to #ProtectTransKids and join grassroots rallies across the nation -- including the Women’s March and Save Our Care events. 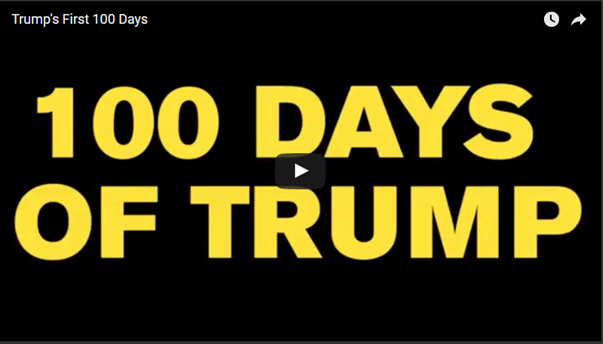 Some of Trump’s most disgraceful actions targeting the LGBTQ community include:
The Human Rights Campaign is America’s largest civil rights organization working to achieve equality for lesbian, gay, bisexual, transgender and queer people. HRC envisions a world where LGBTQ people are embraced as full members of society at home, at work and in every community.
###