From gathering supporters in small towns across the country to rallying in front of the Supreme Court of the United States, we gave our all to ensure every person, regardless of whom they love, is recognized equally under the law.

A Growing Call for Equality

Efforts to legalize same-sex marriage began to pop up across the country in the 1990s, and with it challenges on the state and national levels. Civil unions for same-sex couples existed in many states but created a separate but equal standard. At the federal level, couples were denied access to more than 1,100 federal rights and responsibilities associated with the institution, as well as those denied by their given state. The Defense of Marriage Act was signed into law in 1996 and defined marriage by the federal government as between a man and woman, thereby allowing states to deny marriage equality.

As the Supreme Court decision in Lawrence v. Texas struck down sodomy laws in 2003, another victory was celebrated as Massachussetts became the first state to legalize same-sex marriage via a court ruling. On the federal level, however, efforts continued to prevent equality from becoming a reality. President Bush announced his opposition to same-sex marriage while the House introduced a constitutional amendment that would define marriage as between a man and a woman.

States from coast to coast began striking down past bans and enshrining marriage equality in new laws. California famously achieved marriage equality in 2008, only to have it dismantled again by the introduction and passage of Proposition 8, a ballot initiative that updated the state constitution to define marriage as between a man and a woman, that same year. The amendment later was disputed in lower level courts before making its way to the Supreme Court.

A Turning Point for Change

The moment for full marriage equality finally arrived on June 26, 2015, with the Supreme Court decision in Obergefell v. Hodges. In a landmark 5-4 decision, marriage equality became the law of the land and granted same-sex couples in all 50 states the right to full, equal recognition under the law.

HRC knew from the very beginning that the fight for marriage equality wasn’t just about changing policies — it was about changing hearts and minds. People needed to hear the stories of couples and families across the country impacted by laws that failed to grant them the recognition they deserved.

Nationwide marriage equality was at the forefront of HRC’s work for years before public sentiment toward same-sex marriage shifted. We consistently worked with coalitions across the country to rally support on the local, state and federal levels to ensure policies were inclusive of LGBTQ people. In 2013, just weeks before the Supreme Court decided on integral decisions in the fight for marriage equality, HRC launched headfirst into a campaign that took on a life of its own.

Working from Coast to Coast

Across the country, HRC mobilized efforts to bring marriage equality to multiple states ahead of the eventual Supreme Court ruling in 2015. We launched one of our largest field operations in history in New York, deploying 30 full-time organizers and creating our New Yorkers for Marriage Equality campaign that would eventually lead to the state’s passage of same-sex marriage in 2011. HRC also invested millions of dollars into state ballot initiatives in places like Maine, Maryland, Minnesota and Washington. 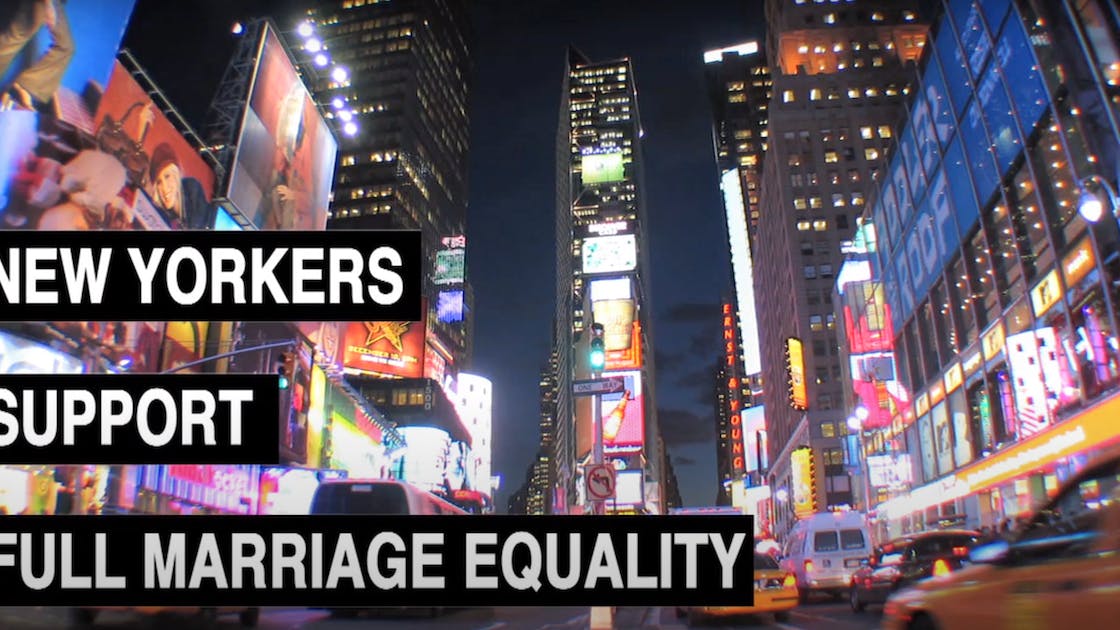 After the Supreme Court announced it would hear the two cases in 2012, we immediately began gathering coalitions to drive a national conversation. Through both the Respect for Marriage Coalition and United for Marriage coalitions, we worked with like-minded organizations to show why the time for full equality had arrived. We also positioned elected officials at all levels of government — including former Secretary of State Hillary Clinton — at the forefront of our campaign.

Our Red Logo for Equality

In response to a growing conversation on social media, we decided to unveil a new iteration of our iconic logo by turning it red and pink in the name of love. We allowed Facebook users across the digital landscape to add filters to their own profiles and express their support for equality with their own networks.

The launch of our red logo took HRC’s digital presence to new heights as people worldwide embraced it as a call for change. Celebrities, companies, elected officials and countless more people added the HRC red logo to their profiles to spread awareness ahead of the Supreme Court decisions.

As the Supreme Court handed down landmark decisions in both 2013 and 2015, HRC was there with hundreds of supporters and thousands following online to celebrate marriage equality. Our collective efforts to affirm that love is love had finally paid off and granted same-sex couples in all 50 states the right to marry. 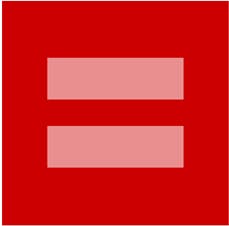