The Supreme Court of the United States is expected to rule in Masterpiece Cakeshop, Ltd. v. Colorado Civil Rights Commission, a case involving a baker who in 2012 refused to provide a wedding cake for a same-sex couple.

Any day now, the Supreme Court of the United States is expected to rule in Masterpiece Cakeshop, Ltd. v. Colorado Civil Rights Commission, a case involving a baker who in 2012 refused to provide a wedding cake for a same-sex couple. That means the Supreme Court could decide whether doors can be closed to some or whether they must be #OpenToAll.

In 2016, the Colorado Supreme Court upheld a ruling by the Colorado Court of Appeals that bakery owner Jack Phillips cannot cite religious beliefs or free speech in order to discriminate against same-sex couples. The case was heard by the U.S. Supreme Court on December 5.

This case may have historic repercussions for the LGBTQ community, and could affect communities of color, religious minorities, and basically anybody who is perceived as an “other” than the majority.

This case is about so much more than a cake. It’s about giving some folks in this country a license to discriminate. It’s about rolling back civil rights laws to a bygone era.

When the Supreme Court decides this case, it could decide that businesses across the country can discriminate against LGBTQ people in nearly every aspect of public life. Think we’re blowing it out of proportion?

In states around the country, there has been a concerted effort to roll back the hard-won protections LGBTQ people have gained and to create exemptions that could restrict LGBTQ folks’ access to some of the most fundamental parts of life.

This case is the culmination of that effort.

Truly, the ruling in Masterpiece Cakeshop could impede some of the most fundamental liberties LGBTQ people have: life, liberty and the pursuit of happiness.

What’s more. The decision could open the door to businesses refusing services to people of color, religious minorities, and folks with disabilities.

This country has been there, done that before. And we decided as a nation, that that’s not what we’re all about.

When somebody decides to open their doors to all, they really must mean ALL. Business owners have the right to choose their product, not their customers.

Our country should be free from discrimination not only in its eateries, its bakeries, but also in its emergency shelters, doctors offices, funeral homes and workplaces.

This is about being #OpenToAll. 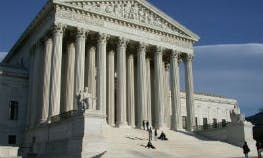 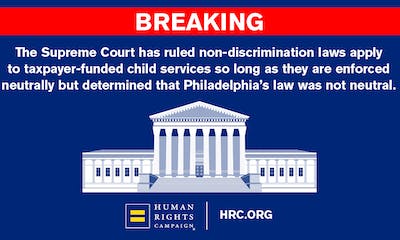 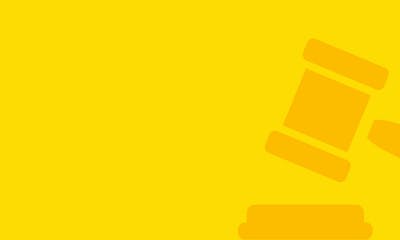