While we continue to marshal our efforts protecting the Affordable Care Act, HRC is also fighting for the money needed to maintain the landmark health law, and for many other vital health care programs.

On Wednesday, the House Appropriations Committee approved the Fiscal Year 2018 (FY18) Labor, Health and Human Services, and Education Appropriations bill that allocates funding for domestic HIV & AIDS and sex education programs. You may recall that President Trump proposed siphoning nearly $1 billion from these programs. We were unsure if lawmakers would follow the president’s lead in cutting HIV& AIDS programs. Fortunately, members of the committee know the Ryan White program is invaluable in delivering care and treatment to over 500,000 people living with HIV & AIDS each year. For that reason, they voted to continue funding the program, and the Centers for Disease Control and Prevention’s (CDC) HIV prevention efforts at their FY17 levels, $2.3 billion and $788 million respectively. Level funding, in the current budget climate, is a win.

Other programs did not fare as well. We were extremely disappointed that the Committee was shortsighted in eliminating the Secretary’s Minority AIDS Initiative (MAI) at the Department of Health and Human Services (HHS), and pulling back $17 million from a similar program at the Substance Abuse and Mental Health Services Administration. MAI projects develop novel models for preventing and treating HIV and complement programs serving communities of color, racial and ethnic minorities, men who have sex with men, and transgender women.

Rep. Barbara Lee (D-CA) offered an amendment to restore funding for MAI that failed by a vote of 23-29. While he opposed the amendment, Labor, HHS Subcommittee Chairman Cole (R-OK) noted he helped to maintain level funding for the program in FY17 and promised to work to find more money for it in FY18.

The committee also rejected the President’s proposal to gut funding for medical research at NIH, instead allotting $35.2 billion, an increase of $1 billion. We will be pushing to have some of those dollars dedicated to HIV research.

Another amendment offered by Rep. Lee garnered bipartisan support with Rep. Charlie Dent (R-PA) joining Democrats on the committee to restore funding to TPPP, increase funding for CDC’s Division of Adolescent and School Health, and eliminate funding for the abstinence-only-until-marriage “sexual risk avoidance” program. Unfortunately, the amendment failed to pass.

The bill also prohibits funding for the Title X Family Planning Program, and bars Planned Parenthood from participating in federal health programs, cutting off millions of Americans from accessing health care through their provider of choice.

Finally, the Committee cut the Department of Labor’s Office of Federal Contract Compliance Programs (OFCCP) by $11 million. Such reductions would impede OFCCP’s ability to prevent contracts from being awarded to companies that discriminate based on sexual orientation and gender identity.

The FY18 Labor, HHS, and Education bill now awaits action by the full House. A floor vote before the August recess is unlikely.  HRC is working with allies in the Senate to compensate for funding shortfalls and to block harmful policy riders.  We will update you as the spending bill moves forward.

Department of Education Wants to Hear from Students, Parents, Educators, and Professionals About Rules Impacting LGBTQ Students and Survivors of Sexual Violence 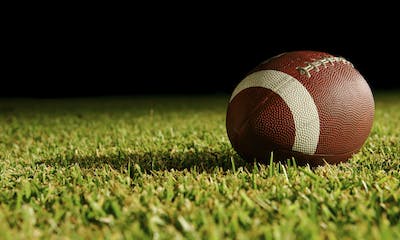