Dinner raises funds for the fight for LGBTQ equality, will be held Saturday, September 15.

Today, HRC announced that the 47th Vice President of the United States Joe Biden will headline the Human Rights Campaign’s 22nd annual National Dinner on Saturday, September 15. Biden will join former Attorney General of the United States Eric Holder; Stacey Abrams, the Democratic nominee for governor of Georgia who is energizing statewide grassroots support; trailblazing Virginia Delegate Danica Roem; and Nevada Secretary of State candidate Nelson Araujo as the featured speakers for the weekend. The weekend of events, held in Washington, D.C., helps to raise necessary and crucial funds in the fight for LGBTQ equality.

“From his earliest days in the U.S. Senate to his eight years as vice president, Joe Biden has been a bold and tireless champion of equality. Today, he is building on that extraordinary legacy of public service through the work of the Biden Foundation,” said HRC President Chad Griffin. “Vice President Biden and the Biden Foundation have tackled issues of LGBTQ equality with vigor, helping to shine a spotlight on the detention, torture and murder of LGBTQ people in Chechnya and working to accelerate acceptance in communities here at home. Vice President Biden is a strong voice for the vulnerable and a bold advocate for LGBTQ people, and we’re honored to have him join us this year as we continue to blaze new trails, together.”

Vice President Joe Biden was the first sitting Vice President of the United States to express his personal support for marriage equality and helped lead the most pro-LGBTQ administration in our nation’s history. Since leaving office, Vice President Biden has continued to champion the rights of LGBTQ people in America and globally, and the Biden Foundation continues to build upon the Bidens’ lifelong commitment to advancing equality, including fighting for equal treatment, dignity, and justice for LGBTQ people. Recently, the Biden Foundation announced two new initiatives: a three-year partnership with the YMCA of the USA to foster LGBTQ inclusion in communities across the country, and a public education and family acceptance campaign called “As You Are” to encourage LGBTQ people to share their stories of acceptance and rejection to help change our culture to ensure a bright future for all LGBTQ young people. 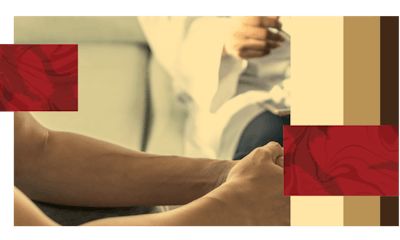