HRC responded to the introduction of the “Prohibition of the Practice of Conversion Therapy Upon Minors” bill in Utah.

HRC responded to the introduction of the “Prohibition of the Practice of Conversion Therapy Upon Minors” bill -- legislation to protect Utah’s LGBTQ youth from the dangerous and debunked practice of so-called “conversion therapy.” If enacted, Utah will be the 16th state to adopt these protections.

“No child should be put through the dangerous, debunked and inhumane practice of conversion therapy,” Said HRC National Field Director Marty Rouse. “We commend Rep. Craig Hall and Sen. Dan McCay for introducing this crucial legislation that will ensure that Utah is safe and affirming to all LGBTQ youth, and urge lawmakers in both chambers to do the same and stand up for Utah’s kids. It’s time to ensure that LGBTQ youth are protected from this junk science across the state and in every jurisdiction.”

“For decades, LGBTQ Utahns have been subjected to the harmful and fraudulent efforts of conversion therapy, and it’s sadly still happening,” said Equality Utah Executive Director Troy Williams. “We still meet young people who are being told they can change their sexual orientation or gender identity, and the impacts are devastating. We are grateful to Rep. Hall and Sen. McCay for sponsoring this bill to protect our youth.”

“This bill is a huge step forward for LGBTQ children and families,” said Clifford Rosky, a law professor at the University of Utah and a member of Equality Utah’s Advisory Council.  “Conversion therapy harms children and destroys families.  It’s time for this dangerous, discredited practice to end.”

Connecticut, California, Nevada, New Jersey, the District of Columbia, Oregon, Illinois, Vermont, New York, New Mexico, Rhode Island, Washington, Maryland, Hawaii, New Hampshire and Delaware all have laws protecting youth from this abusive practice. A growing number of municipalities have also enacted similar protections, including cities and counties in Ohio, Pennsylvania, Washington, Florida, New York, Arizona, and Wisconsin.
According to a recent report by the Williams Institute at UCLA School of Law, an estimated 20,000 LGBTQ minors in states without protections will be subjected to conversion therapy by a licensed healthcare professional if state officials fail to act. 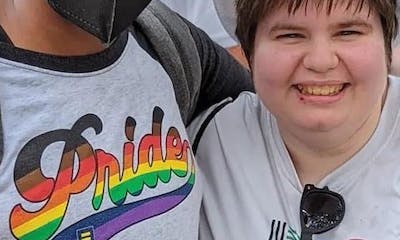