David Ambroz is a best-selling author and a national advocate for poverty, child welfare and queer rights. His memoir, titled “A Place Called Home,” is a personal account of his experiences with poverty and homelessness as a young queer child. David eventually graduated from Vassar College, then UCLA School of Law and later co-founded FosterMore.org, an organization which helps to radically change the perceptions of the foster care system, and thereby outcomes.

As a formerly homeless person, foster youth and now a decades-long advocate for children and families in poverty – in all its forms - I continue the work I began as a teenager to empower the communities I came from.

My name is David Ambroz and today, I’m an Emmy-nominated producer, and a best-selling author. The social-impact work is part of my overall day-to-day career too. Working at Amazon, helping lead community engagement across the west, I’m able to bring my background, passion and full self to a career in corporate social responsibility.

Early in my advocacy work, I helped found and shape an effort newly underway – The Joint Initiative between Lambda Legal and the Child Welfare League of America. The work to change nearly 100 years of practice to a new orientation, namely to support, affirm and love queer children in foster care or delinquency. It was a radical shift in a not too distant time where to be queer was near illegal.

My memoir, “A Place Called Home,” recounts 12 years of homelessness before entering foster care. In some combination of “Forrest Gump,” “Hillbilly Elegy” and “Precious” – I’ve had an impossible and beautiful life. I share the story not to invite gawking, but instead to motivate people to move from empathy to action. With 8.4 million children living in poverty in this country, we cannot wait.

When I was a child, homelessness on the streets of New York City and other East Coast cities was rampant. Often, we slept in shelters. In those early days of the 1980s, as NYC was disintegrating, there was another group there in the shelters; young men dying of AIDS.

Abandoned by the indifference of a country, perhaps gleeful, that believed that this was something deserved. Through that experience, I’ve learned our history, how we organized and demanded action to arrest the erasure of us. Today, the same ignorance is affecting queer youth as they stream into foster care, homelessness and in delinquency. Studies have identified that nearly 30% of youth in foster care are queer – nearly tripple the population in the general public. The older the youth is, the harder it is to find adoptive parents. Foster care at its core is a system designed to reunite families, and that's as it should be. But for some of the children in care, that won’t be possible. They are waiting for us, their forever families. I often hear the challenges of trying to foster and especially adopt from the “system.”

The experiences are valid – and true. And yet, ‘we’ all are the system. We are the change that the system needs to ease the process which allows for queer families to come to be. Each struggle that we experience in the process to get through the system is a chance for us to improve the system for others, the would-be parents after us – and, most importantly, the children.

In foster care, I was diagnosed as suffering from gender identification disorder, or GID, because I was queer – and clearly so. The outright hostility, violence and neglect for that part of my identity was manifest. There are so many parts of my life that were a struggle, but the societal distaste for queer people was a lesson drilled into me by state-sanctioned violence. We need queer parents today, not because this is still the law, but because children need strong and gorgeous queer role models. Not just queer children, but all children, all of which deserve families.

Today, I constantly have to come out as a former homeless person; a former foster youth and sometimes as a proud gay man. In my advocacy, co-founding FosterMore, I have adapted the ardent need for us to come out as both foster people, and adopted people so that we get the attention, support and resources we and others need. Most important, so we might persuade the public to not turn away from us in disgust, ignorance or, worse still, from the not-so-benign neglect of inattention.

Queer people, my people, have taught me to merely be myself and that being out is a political statement demanding equality, recognition, and fairness. I am sharing that lesson with my foster-adoption community.

In my memoir, I list out the foster and adoptive youth that have come before me – a political statement showing our contributions – and humanizing us as a people. Steve Jobs, John Lennon, Marilyn Monroe, James Dean, Cher, Greg Louganis, Tammy Baldwin, Ella Fitzgerald, Tina Turner, Carol Burnett, Maya Angelou, Nelson Mandela,and so many more names. We are here, and we will change the world.

November is a month of a lot of celebrations, including my birthday (#Scorpio). It's also a month where we recognize National Adoption Month. “Another affinity month, ugh,” you may think. But pause, and think about your family. Whatever shape and struggle that reflection may manifest, you have one. We all deserve one. It's a month to remember that there are those that can't vote, don’t have political power, money or a voice. It's a month to remember that too many of them are queer, while few foster and/oradoptive families are queer.

Being a queer youth advocate has its challenges. Confronting the bigotry and idiocy of ingrained prejudices is one of them. But I remember what it was like, seemingly alone in some sort of genetic diaspora, lost amongst an ocean of straight people. I was invisible and alone.

Yet we adults know that they are not alone. It's not enough to say it gets better, we must make it better for them. Learn how you can adopt, foster or mentor. If you can’t, then care enough to spend time and learn what is going on in your community - what is your school system doing to support queer, homeless youth? Let’s create a space where all children get the family they so universally deserve. 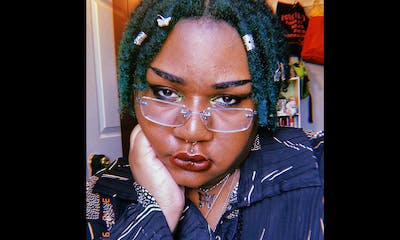 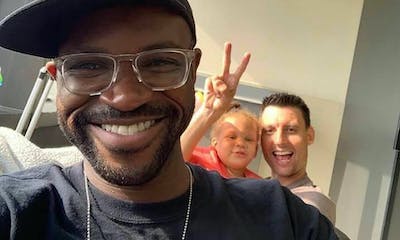 5 Things You Should Know or Do About Adoption