Today, HRC reacted to Donald Trump’s xenophobic actions extending his Muslim travel ban issued earlier this year. The far-reaching travel ban expands his last executive order to apply to eight countries and is to be kept in place indefinitely.

“Donald Trump’s travel ban poses a serious threat to individuals trying to get to the United States in order to claim asylum — including LGBTQ Muslims and immigrants seeking to escape violence and persecution,” said JoDee Winterhof, HRC Senior Vice President for Policy and Political Affairs. “Trump is recklessly putting lives in jeopardy by blocking them from reaching safety in the United States. HRC will continue to stand up against all forms of Islamophobia and call out the danger this travel ban creates for LGBTQ people abroad.” 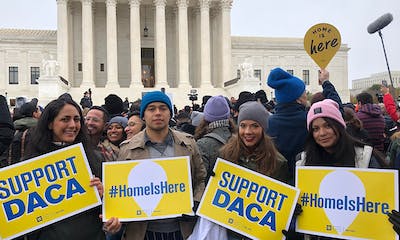