In honor of National Foster Care Month, HRC is highlighting a television show that has done more to bring awareness to the issues of LGBTQ youth, same-sex couples and the importance of adoption and foster care than most other shows in recent memory.

In honor of National Foster Care Month, HRC is highlighting a television show that has done more to bring awareness to the issues of LGBTQ youth, same-sex couples and the importance of adoption and foster care than most other shows in recent memory.

Freeform’s The Fosters is an American family drama that follows the lives of a San Diego foster family led by mixed-race lesbian couple Stef Adams-Foster (Teri Polo) and Lena Adams-Foster (Sherri Saum) who have one biological child and four children by adoption -- including one who happens to be a gay teen.

The compelling, one-hour drama focuses on the trials and tribulations of what it means to be a modern, multi-ethnic blended family in America. From LGBTQ youth struggling to find acceptance to tackling issues of gender, race and homelessness, The Fosters isn’t afraid to tackle the issues most pressing to the LGBTQ community. The show delves into the realities of adoption and foster care not only for the parents, but for the children as well.

The show and it’s diverse cast members don’t just portray themselves as LGBTQ advocates and allies on televsion, they also support equality off screen. Since it’s premiere in 2013, HRC has honored the show for it’s inclusive message of diversity and inclusion and both Polo and Saum have also been recipients of the HRC Ally for Equality Award.

The Fosters celebrate what it means to advocate for equality for all, that regardless of one’s sexual or gender orientation, everyone deserves a loving and accepting home.

If you are interested in becoming a foster parent, check out our resource page here. Review our list of participating ACAF agencies today – and you can always email us at acaf@hrc.org to learn more.

Want to stay updated on ACAF’s work? Subscribe to our monthly newsletter here.

Check back with HRC’s blog throughout the month as we celebrate National Foster Care Month.

Join us in sharing your stories and raising awareness about the needs of LGBTQ foster youth by using the hashtag #FosterEquality. 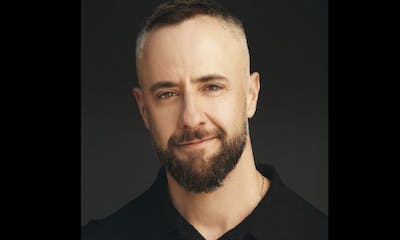