The story of how a courageous Texas hospital is helping transgender children is featured in the 10th edition of the HRC Foundation’s 2017 Healthcare Equality Index.

Today, the Human Rights Campaign Foundation released the 10th edition of the Healthcare Equality Index (HEI), reflecting on a decade of progress in LGBTQ healthcare. This year’s HEI features a profile of the Gender Education and Care Interdisciplinary Support (GENECIS) Program at Children’s Health in Dallas.

“There is a stark contrast between the life-saving work hospitals in Texas are doing for their LGBTQ patients and the frightening attacks on LGBTQ people -- especially transgender people -- in the state legislature,” said Tari Hanneman, Director of the Health Equality Project at the Human Rights Campaign Foundation. “In the face of these attacks, like Texas’ SB6, Texas hospital programs like GENECIS are standing up for their patients, affirming their identities and providing them with medical treatments that will enable them to live long and happy lives.”

The GENECIS Program at the Children’s Health in Dallas was founded after healthcare providers recognized the need for a dedicated, comprehensive gender center in Texas. The program brings together endocrinologists, adolescent medicine specialists, psychologists, psychiatrists, and social workers to provide gender-affirming medical, psychological and social-emotional care to the children and adolescents they serve. As the only multidisciplinary center of its kind in the Southwest, the center, which serves more than 400 patients, has had a tremendously positive impact on the community.

SB 6 is a discriminatory, anti-transgender bill now before the Texas legislature. ​It would overturn non-discrimination ordinances currently providing critical protections in several major Texas cities; further, it would force state agencies, municipalities, public schools and public universities to discriminate against transgender people. By making it illegal for transgender people in Texas to be afforded access to facilities consistent with their identity, it opens them up to increased discrimination and harassment as they simply live their everyday lives. It also exposes Texas to tremendous risk of the kind of financial, legal, and political blowback that North Carolina has continued to reckon with after the passage of HB2.​

The 10th edition of the HEI includes new criteria that raises the bar on what it takes to earn HRC’s “Leader in LGBTQ Healthcare Equality” designation. For the first time, HEI participants are awarded numerical scores for their implementation of LGBTQ-inclusive policies and practices in four areas;  LGBTQ patient-centered care, LGBTQ patient services and support, fully-inclusive employee benefits and policies, and LGBTQ patient and community engagement. Participants receiving the maximum score in each section, for a total score of 100, earn the coveted status of “2017 Leader in LGBTQ Healthcare Equality.”

In the 2017 report, an impressive 303 facilities -- 51 percent of those actively participating in the survey -- met this year’s more challenging criteria to earn the Leader designation. Another 144 facilities earned a “Top Performer” designation for scoring between 80 and 95 points. With three quarters of actively-participating facilities scoring 80 points or more, it is clear that healthcare facilities are going beyond the basics in adopting policies and practices in LGBTQ care.

In addition to the positive scoring criteria, the 2017 HEI includes a fifth section focusing on responsible citizenship, and calling out activity that would undermine LGBTQ equality or incusive patient care. Healthcare facilities may have 25 points deducted from their score for a large-scale official or public anti-LGBTQ blemish on their recent records. This year, Johns Hopkins Hospital became the first and only facility to receive this deduction.

Of the hospitals who did not participate in the 2017 HEI but were scored based on HRC’s research, only 61 percent have nondiscrimination policies that include both “sexual orientation” and “gender identity,” and only 52 percent were found to have an LGBTQ-inclusive employment non-discrimination policy. However, 95 percent of these facilities are committed to equal visitation, close to the rate of the facilities that actively participated in the survey. 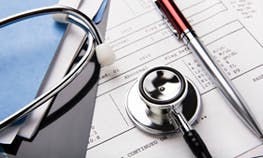