On April 3, HRC joined our coalition partner, Tennessee Equality Project, at the Tennessee State Capitol in Nashville to oppose anti-transgender bills HB 2620 and SB 2480. These proposals, if passed, would require the Tennessee Attorney General to either defend or pay for the defense of discriminatory school policies that deny transgender K-12 students access to bathrooms and locker rooms consistent with their gender identity. Tennessee is the only state this session that has received positive consideration of an anti-transgender bill from a committee.

With dozens of supporters in attendance wearing red in opposition to the bills, SB 2480 failed to get a second on motion to advance the bill out of the Senate Judiciary Committee. HRC State Legislative Director and Senior Counsel, Cathryn Oakley submitted written testimony in opposition to both bills and was on the ground to stand up for  transgender students, among Tennessee’s most vulnerable youth.

Despite the failure of SB 2480, the sponsor of HB 2620 pushed for consideration and rolled the bill to this week’s calendar. HB 2620 will not only open the state of Tennessee to extensive litigation but force Tennessee taxpayers to pay the cost of discriminatory school policies that target transgender students, impose real harm and put them at greater risk for emotional or physical violence.

The Finance, Ways & Means Subcommittee will consider HB 2620 today at 12 p.m. CDT.  HRC will continue working with the Tennessee Equality Project to oppose HB 2620 and any other discriminatory legislation that targets LGBTQ Tennesseans.

If you live in Tennessee and would like to join HRC in opposing this harmful legislation, check out hrc.org/Tennessee or contact Hope Jackson, HRC Senior Regional Field Organizer at hope.jackson@hrc.org. 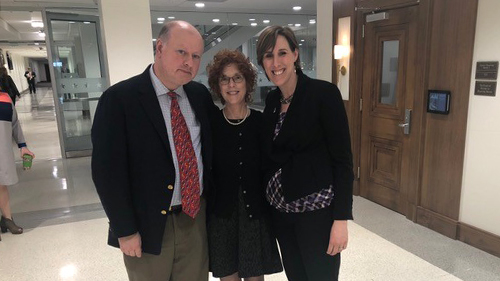