Today, HRC released a new graphic highlighting the many voices that joined together to successfully stop anti-transgender legislation that was considered in the Texas legislature. It can be viewed here.

Due to the outpouring of opposition from Texans from all walks of life, anti-transgender legislation is dead for this session. HRC is proud to have worked throughout the regular session and special session with a coalition of organizations, including Equality Texas, the ACLU of Texas, the Texas Freedom Network and the Transgender Education Network of Texas.

A summary of the range and diversity of opposition to these discriminatory efforts can be found on the graphic. Those who helped stop these anti-transgender measures include:

“It’s official: Texas legislators have adjourned without passing a new anti-transgender bill this special session,” said JoDee Winterhof, senior vice president of policy and political affairs. “First and foremost, these bills were defeated because of the many voices that came out in opposition, raising their voices in one chorus to say, ‘don’t discriminate in the Lone Star State.’ To be sure, these same voices that opposed discrimination this session will make the same level of noise in the future if lawmakers attempt to discriminate against any members of our communities again.”

HRC has had more than a dozen staff on the ground in Austin, and, working with scores of volunteer organizers, has been leading field organizing efforts around the state to defeat these anti-LGBTQ bills. HRC has worked alongside Equality Texas, ACLU of Texas, Texas Freedom Network, the Transgender Education Network of Texas and others to defeat dangerous or harmful bills that seek to undermine the rights and dignity of LGBTQ Texans. 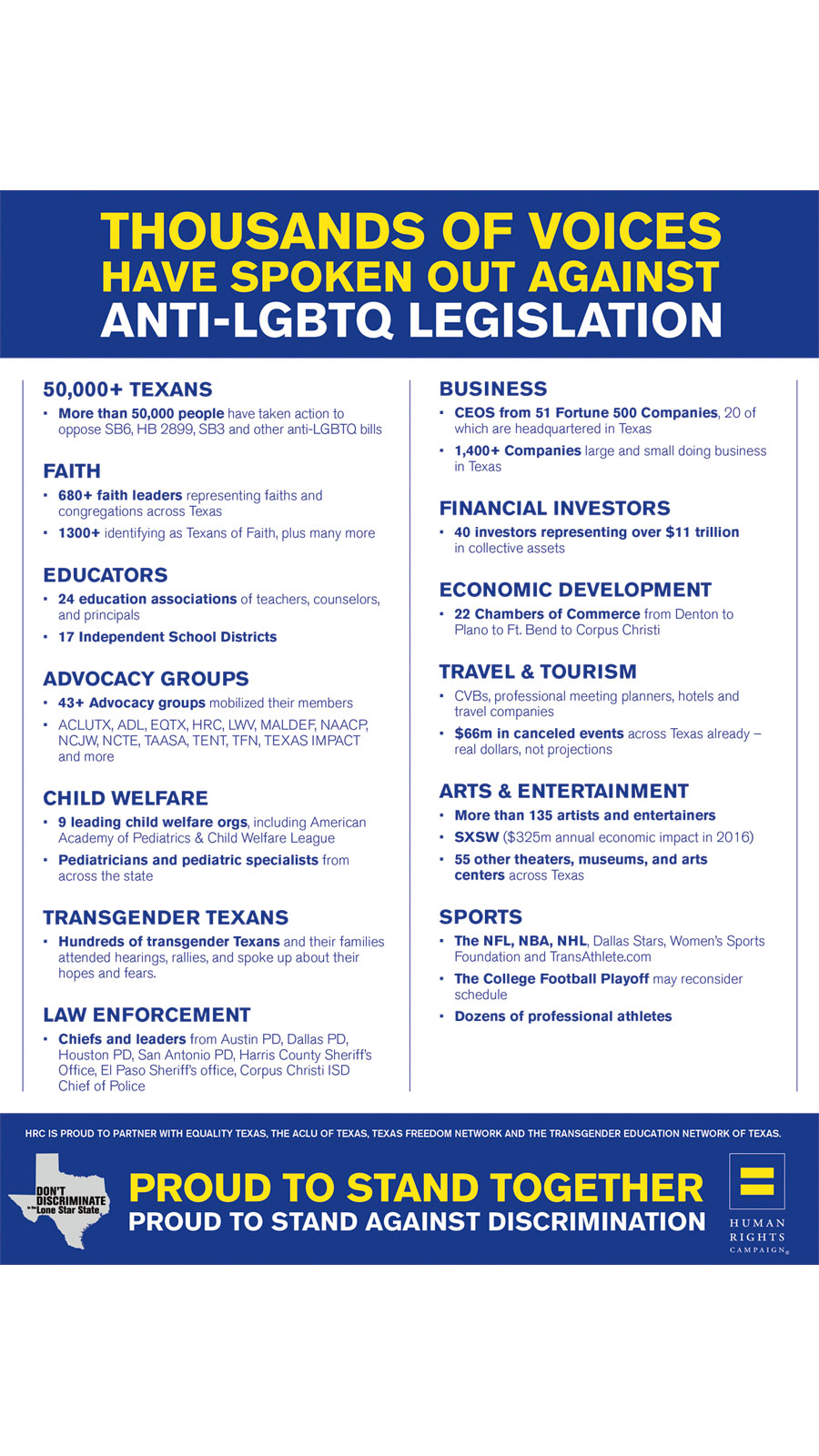