NOM is spending thousands of dollars on behalf of anti-equality candidates. 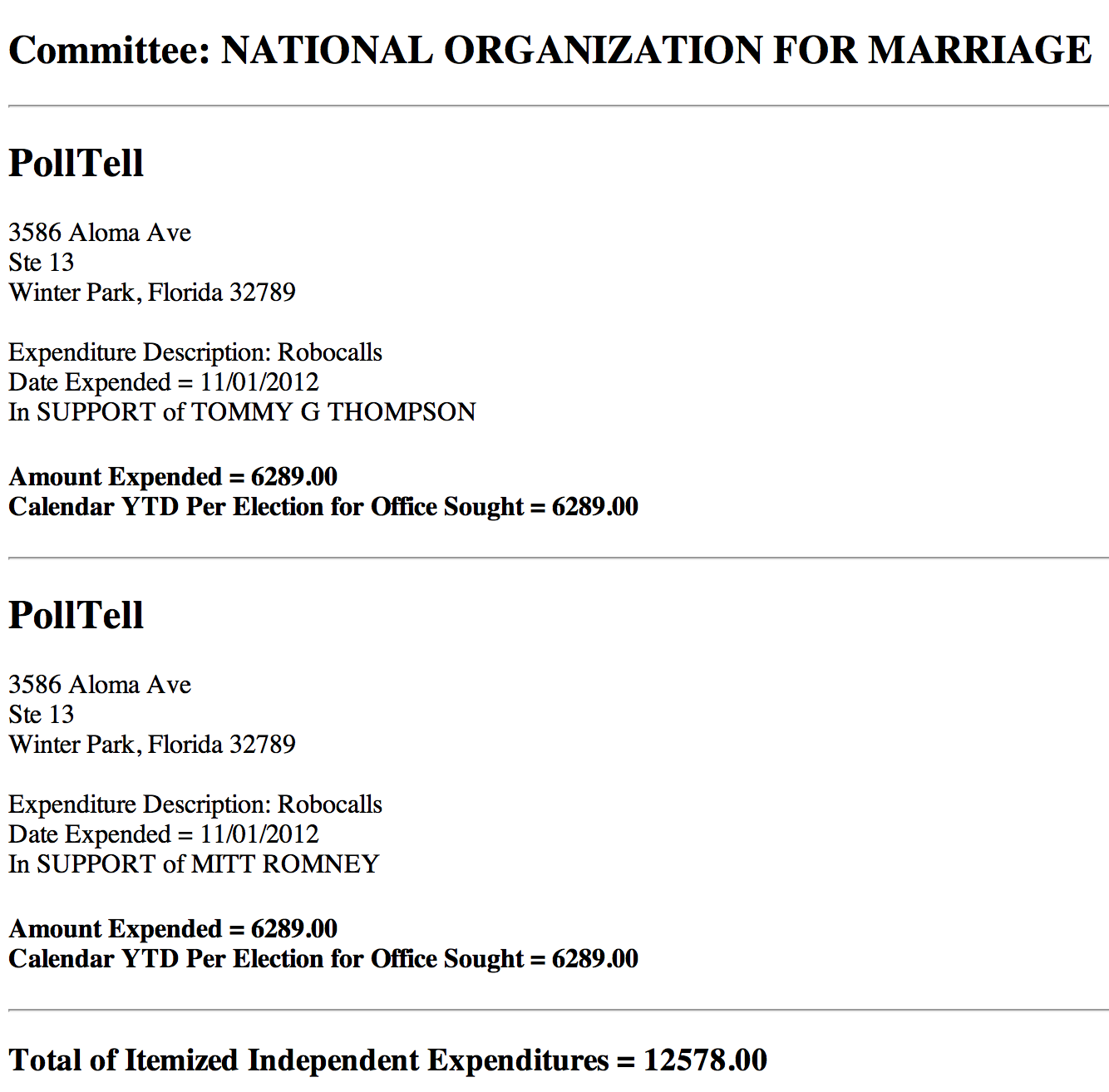 I've yet to hear audio from either the Baldwin/Thompson or Romney calls.  But I think it's safe to say that reasoned consideration of this election's actual issues is not what greets those who answer these calls.

*UPDATE: There is much more coming.  NOM just released this statement:

In the final days before voters go to the ballot box, the National Organization for Marriage and its partners are launching a major push to reach and mobilize 10 million voters with a positive message for marriage. The new campaign, with a budget of $500,000, involves robocalls to households in Maine, Maryland, Washington State, Wisconsin, Ohio and Pennsylvania. The calls feature prominent advocates for traditional marriage and family, including Dr. James Dobson, Senator Marco Rubio and former Governor and presidential candidate Mike Huckabee. Calls will be placed in both English and Spanish, targeting voters across the political spectrum who favor retaining the definition of marriage, which has characterized society for centuries.

Brian Brown, president of the National Organization for Marriage, described the telephone campaign as "the largest national mobilization of traditional marriage voters in history. Our aim is to reach 10 million voters or more. We are proud to work with state-and national-based partners in the four states that have marriage referenda on the ballot—states where we believe the polls are trending in our favor—and in three presidential swing states, Wisconsin, Ohio, and Pennsylvania, that many pundits are surprised to find now in play. [SOURCE]

James Dobson?!  Are you kidding me right now?