This appeals court ruling reinforces that there is simply no need or legitimate reason to bar capable and willing transgender Americans from serving their country.

Today, the U.S. Court of Appeals for the Ninth Circuit denied yet another attempt by the Trump Administration to implement its discriminatory plan to ban transgender people from serving openly in the U.S. Armed Services. Today’s ruling in the lawsuit brought by Lambda Legal and OutServe-SLDN and joined by the State of Washington denied the administration’s motion to stay the preliminary injunction a lower court granted in December 2017, and affirmed last month. The injunction blocks implementation of the ban and enables transgender people to continue enlisting in the military.

“Seven courts across the country have considered this so-called plan, and seven courts have recognized that there is no defensible reason to bar transgender Americans from serving our nation,” Staff Sergeant Cathrine (Katie) Schmid said. “Being transgender has no impact on my ability to perform my duties. I’m grateful that the courts to date have recognized the value in our service, and I look forward to the day when we can put this argument behind us and focus on what's really important-- the accomplishment of our mission, and the welfare of our service members.”

“The Ninth Circuit, much like the six other courts to have considered the proposed policy, has recognized it for what it is – blatant and impermissible discrimination.  The court rejected the government’s attempt to ‘upend’ the status quo, as well as the lives of transgender people serving and seeking to serve our country.” said Lambda Legal Senior Attorney Peter Renn. “It has been one year since President Trump announced via tweet his plan to bar transgender people from the military, and in that year four district courts and, now, three courts of appeal have blocked its implementation. What more evidence does the administration need before it abandons this discriminatory and harmful scheme to prevent brave and qualified transgender people from serving their country?”

The Ninth Circuit ruling holds that the stay requested by the government “would upend, rather than preserve, the status quo,” which currently allows transgender people to serve in the military.

The Trump administration had sought a stay from the Ninth Circuit while it appealed the April 13 ruling of the U.S. District Court for the Western District of Washington affirming an earlier preliminary injunction and barring implementation of the transgender military ban.

”Every court ruling has been consistent and unequivocal: the ban on transgender military service is discrimination, no matter how it’s phrased and no matter the myriad ways the administration has tried to cloak its intent,” OutServe-SLDN Legal Director Peter Perkowski said. “The administration has failed to come up with any adequate rationale for the president’s ill-conceived tweets of last July that justifies their blatant discriminatory nature, and we are confident it never will.”

In the lawsuit, Lambda Legal and OutServe-SLDN represent nine individual plaintiffs – six currently serving members of the armed services and three individuals seeking to enlist – and three organizational plaintiffs: the Human Rights Campaign (HRC), Seattle-based Gender Justice League, and the American Military Partner Association (AMPA), who joined the lawsuit on behalf of their transgender members harmed by the ban.

The Lambda Legal attorneys working on the case are: Peter Renn, Camilla B. Taylor, Tara Borelli, Sasha Buchert, Paul Castillo and Kara Ingelhart. They are joined by co-counsel Peter Perkowski of OutServe-SLDN. Also on the legal team are pro-bono co-counsel at Kirkland & Ellis LLP and Newman Du Wors LLP.

"Once again, another court has held off Donald Trump and Mike Pence's desperate attempts to impose their extreme anti-LGBTQ agenda on the U.S. military," said HRC National Press Secretary Sarah McBride. "After a string of victories for transgender troops and enlistees at the district court level, this appeals court ruling reinforces that there is simply no need or legitimate reason to bar capable and willing transgender Americans from serving their country. We are grateful to Lambda Legal and Outserve-SLDN for their representation in this critical case, and we hope that the constitutional rights of transgender Americans will continue to be upheld by the courts as this case proceeds."

"The Trump-Pence administration's continued insistence on targeting our nation's transgender service members for discrimination is truly deplorable," said AMPA President Ashley Broadway-Mack. "These brave American volunteers have already proven their ability to serve by putting their lives on the line for our nation. What matters in service to our country is whether a person is able to accomplish the mission, not gender identity." 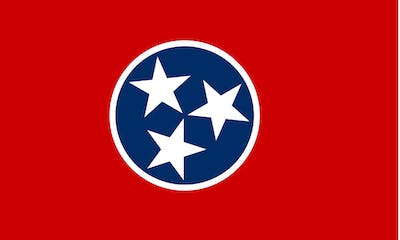 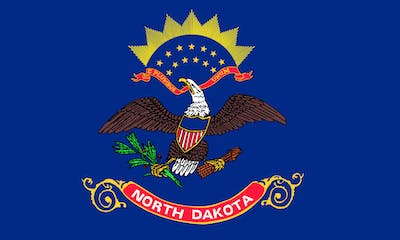