Today, HRC released an open letter from 40 major employers calling for lawmakers in states across the country to oppose bills that target LGBTQ people as well as polling results showing Arizonians’ broad opposition to anti-LGBTQ legislation.

Last week, on a party line vote, the Arizona House advanced HB 2706, a bill that would restrict transgender students from participating in sports teams that correspond with their gender identity. If the bill becomes law, any student at Arizona’s public and private schools, including K-12 schools, community colleges and universities, would be able to dispute an athlete’s gender. This bill discriminates and further stigmatizes trans students, and it threatens the privacy of all Arizonans by forcing people to take genetic tests.

“Anti-equality lawmakers have utilized every tool at their disposal, including misinformation and vicious, harmful rhetoric, to demonize LGBTQ people,” said HRC President Alphonso David. “However, our polling shows that Arizonans have no interest in pursuing divisiveness for the sake of divisiveness. In reality, Arizonans want lawmakers to focus on improving their lives and uniting us, not stoke racial, cultural and political divisions, or use transgender kids as pawns to further divide us. Arizonans want their state to be known for more than extremist legislation like the infamously anti-immigrant SB1070 and anti-LGBTQ SB 1062, which both drew national attention to the state, and now HB 2706. The state senate should scrap HB 2706.”

On behalf of HRC, Change Research surveyed 614 likely voters in Arizona from March 9 - March 10 in order to understand their reaction to the anti-LGBTQ legislative agenda being pushed by state legislators. A majority of voters oppose these anti-LGBTQ bills and support policies that protect the rights of LGBTQ Arizonians.

The polling was announced on a press call with Freedom for All Americans discussing the anti-transgender bill HB2706 and the impact it could have on the economy. Earlier this morning, HRC and FFAA released a national business letter signed by some of the nation’s leading employers calling for lawmakers in states across the country to oppose dozens of bills that target LGBTQ people, and transgender children in particular. These business leaders stressed the importance of fairness and opportunity for their customers, their employees and their employees’ families. 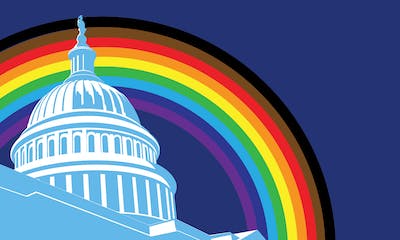