HRC staff and volunteers are mobilizing in key congressional districts to build support for the Equality Act.

Following the first ever Congressional hearings on the Equality Act earlier this month, HRC and our partners are building momentum on the ground through training workshops, phone banking and door-to-door canvassing in swing districts nationwide that could prove pivotal to the bill’s passage in the U.S. House of Representatives. 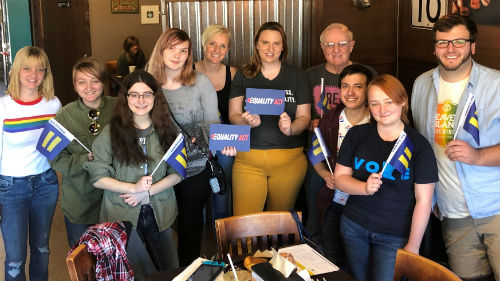 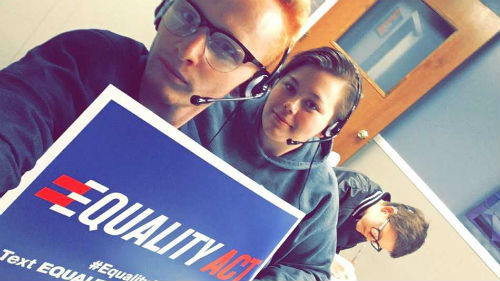 With a House vote on the Equality Act likely coming soon, the groundswell of support continues to grow for this historic piece of legislation. The bill has unprecedented support and is backed by nearly 70% of Americans, more than 280 members of Congress, 190 major businesses and 330 statewide and national organizations.

The #EqualityAct is backed by…

Let's end this patchwork of protections that leave millions of people at risk of discrimination. https://t.co/BKZf2IdGfV

With an Equality Act vote potentially weeks away, now is the time to make sure Members of Congress hear from you. Join more than 90,000 HRC Members as a Community Co-Sponsor, text EQUALITY ACT to 472472 to urge Congress to pass the Equality Act, and find events near you at hrc.org/EqualityAct.