In anticipation of the midterm elections, HRC is growing our team on the ground in Texas because we know that the results on Nov. 6 will shape the 2019 Texas legislature session.

In anticipation of the midterm elections, HRC is growing our team on the ground in Texas because we know that the results on Nov. 6 will shape the 2019 Texas legislature session. Our team is working in Houston, Dallas/Ft. Worth, Austin, San Antonio and beyond to turn out Equality Voters for candidates up and down the ballot that will fight for all Texans.

Get to know some of the incredible individuals behind our work across the Lone Star State: 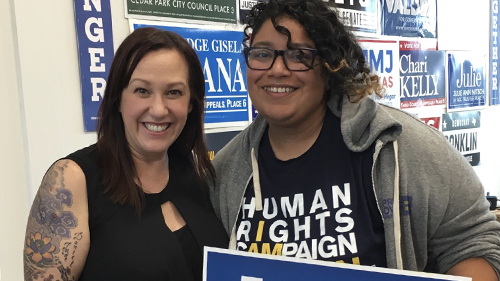 As HRC’s Regional Field Organizer for Texas, Yado works year round on important initiatives from the Texas legislative session to community engagement work to mobilize Texans for pro-equality candidates in Austin and San Antonio. 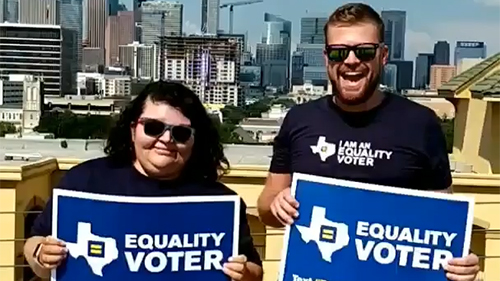 Wilson serves year round as HRC’s Associate Regional Field Director and, while he works across a number of Southern states, he is proud to call Houston home. A veteran of the Houston Equal Rights Ordinance campaign and two rounds of Texas legislative sessions, Ryan is now the lead on HRC’s midterm election work in Houston and Dallas.

Segovia is a native Texan who is passionate about working for equality for all marginalized communities. Segovia served as an HRC organizer in Houston during the 2017 legislative session, and HRC is glad to have her back for this critical election. 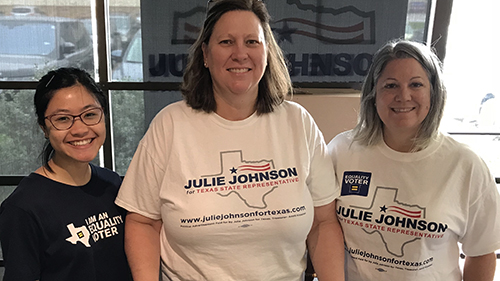 Howe joins the HRC team in Dallas after serving as Executive Director and CEO of the Nashville LGBT Chamber of Commerce for the past six years. Howe married her wife, Wendy, on the first day marriage equality came to Tennessee and they now live in Dallas with their daughter.

Prior to joining HRC’s field organizing team, Nguyen was in Mexico working with Central American migrants seeking refuge at the Mexican shelter, Hermanos en el Camino. Nguyen is a native of Dallas. Earlier this year, she interned for the Colin Allred for Congress Campaign. 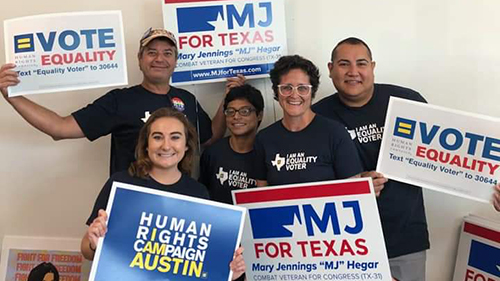 Aylor comes to HRC with a wealth of knowledge and deep roots in the community working as a social justice and civil rights activist. Aylor is a former candidate for Texas office, a nurse and a mother. 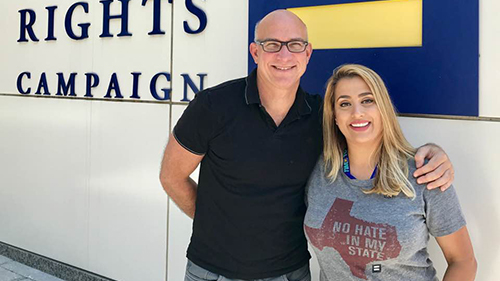 Rouse is HRC’s National Field Director and he has made winning in Texas a top priority for HRC’s field team.

While she may not be in Texas right now, Ruiz is a critical part of HRC’s Texas work. As Regional Field Organizer based in Dallas, Ruiz works year round to ensure equality for all. Right now, Ruiz is on loan to her home state of Florida helping on critical campaigns in the Orlando area.

Each year, HRC sends staff based in our Washington, D.C. headquarters to take time away their regular duties to hit the campaign trail. We are so grateful to these colleagues for joining our full-time staff on the ground in Texas. 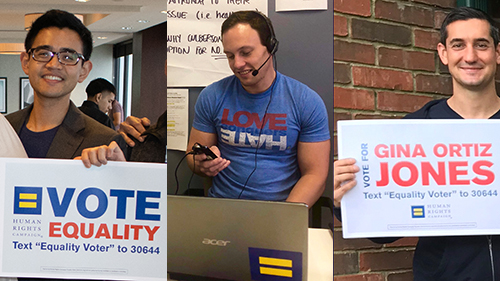 HRC’s Senior Content Manager, Mark Lee (he/him/his)  was on the ground helping our campaign efforts in Dallas and Ft. Worth. In Houston, Development Operations Manager Chris Silvia (he/him/his) is working to mobilize Equality Voters. Ty Cobb (he/him/his) serves as HRC’s Director of Global Engagement and is a native Texan. Cobb recruited his 75-year-old mother to volunteer with HRC in San Antonio. 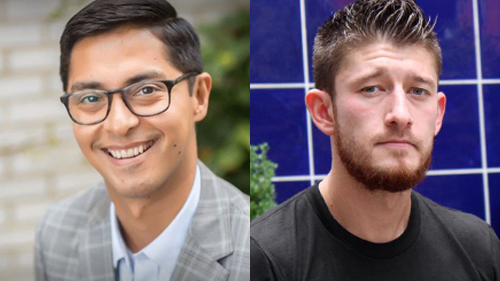 Joining HRC next week in San Antonio will be Alejandro Avilés (he/him/his), HRC’s Director of Outreach & Education, and Nathan Barrera-Bunch (he/him/his), a native Texan and HRC’s Community Inclusion Manager. We’re so excited these colleagues will be on the ground to #TurnOUT Equality Voters.

Get involved with HRC Texas and help #TurnOUT Equality Voters on Nov. 6.