The TCS NYC Marathon on November 4 will be a special event for five runners who have been training for the race as part of HRC's Athlete for Equality program.

The TCS NYC Marathon on November 4 will be a special event for five runners who have been training for the race as part of HRC's Athlete for Equality program, an initiative that allows pro-equality athletes to use their events to support HRC's work to advance LGBTQ equality.

HRC caught up with them to hear about their journey and why they chose to become an Athlete for Equality.

Here’s what they had to say:

Why team HRC? What inspired you to become an Athlete for Equality?

Anna Caroline ‘AC’ Tehan, she/her/hers, Brooklyn, New York: “Becoming an Athlete for Equality has allowed me to put my whole self — mind and body — behind an organization that is supporting LGBTQ folks, particularly young people who are changing and evolving the equality landscape for all of us.” 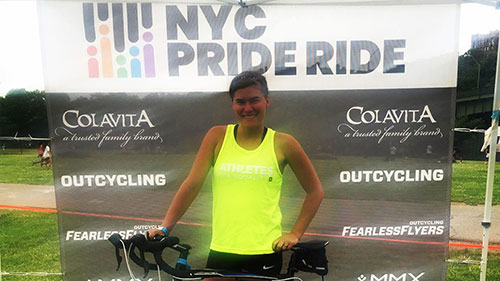 Bean Leonard, she/her/hers, Princeton, New Jersey: “Running the New York City Marathon is a dream. I scrolled through the list of charities with NYC Marathon fundraising teams, and HRC stood out immediately. I felt strongly about HRC’s mission to end discrimination against LGBTQ people and realize a world that achieves fundamental fairness and equality for all.” 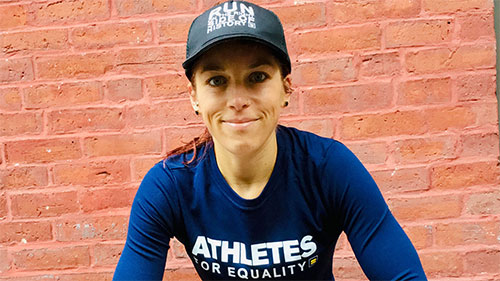 Kevin Fields, he/him/his, Chicago, Illinois: “I'm indebted to the HRC for the work they've done to improve the quality of my life. While I had never considered running a marathon, the current political climate compelled me to do something productive and positive to make a difference.” 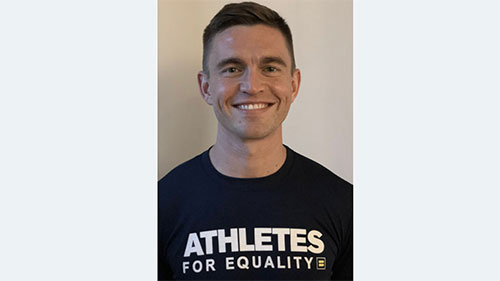 Dawn McGrath, she/her/hers, Salem, Massachusetts: “I had been considering tackling the marathon again, but something was holding me back from making a firm, committed decision. Then I read about the Athletes for Equality program and immediately felt inspired. I had just married my wife, Maggie, and I was happy to find a way to give back.” 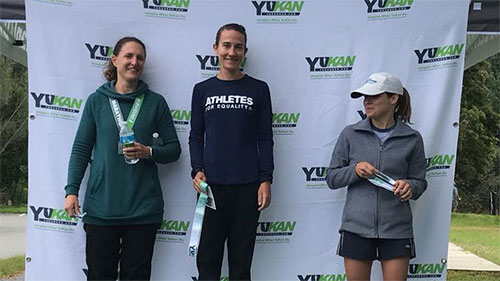 Miguez Tabora, she/her/hers, Pasadena, California: “My wife and I have been members and proud supporters of HRC for a long time now. When I found out about HRC’s Athletes for Equality program, I did not hesitate to send in my application — and was really honored when I was chosen. Running for HRC at the NYC Marathon in November will definitely be a dream come true.” 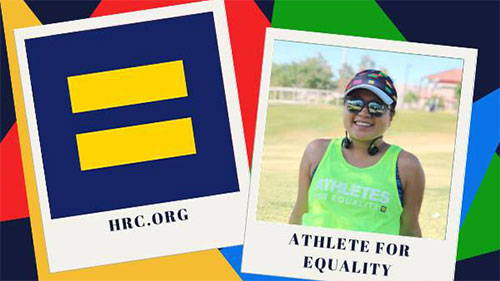 What's the journey been like so far, and what's left to go before you cross the finish line?

Tehan: “Physically, the journey has been rough. The fundraising aspect has shown me what a supportive community I am surrounded by. All that’s left is to keep raising as much as I can and continuing to run for those that I love.”

Leonard: “This journey has been so much more fulfilling than I believed possible. When I accepted a place on the HRC team, I was excited but also apprehensive about the daunting challenge of fundraising and training at the same time. I had no idea how profound the outpouring of support from my friends, family and local community would be. I’m eager to keep putting in the work to get to the finish line.”

McGrath: “So far, my journey has been both expected and surprising. The training has been the expected- I have run marathons in the past. The surprising part has been the fundraising. I have been amazed by the generosity and kindness of people that I barely know.”

What song is at the top of your training playlist?

Tehan: “Any song by Sia is a motivator for me.”

Leonard: “I have two current favorites: ‘Bodys’ by Car Seat Headrest and ‘I’m Not Your Mother, I’m Not Your B*tch’ by Courtney Barnett.”

Miguez: “‘Party in the USA’ is one of my favorites because it plays at about my 9th mile when I feel like giving up-- but singing along with the song keeps me going!”

Feeling inspired by one of our runners? Contribute to their campaign here, or learn how to dedicate your next race to HRC and become an Athlete for Equality.