Sexual orientation and gender identity discrimination is against the law. The Trump-Pence administration should not delay the application of the law.

Today, several leading national advocacy organizations dedicated to achieving LGBTQ equality and ending sex discrimination sent a letter to the Department of Justice in regards to the Supreme Court’s recent ruling in the consolidated cases Bostock v. Clayton County, Altitude Express v. Zarda and R.G. & G.R. Harris Funeral Homes v. EEOC and urge the full implementation of this decision, including by instructing its departments and other federal agencies to withdraw any guidance or instruction that is inconsistent with the Court’s holding that discrimination on the basis of sexual orientation, gender identity, and transgender status is unlawful sex discrimination.

The full letter and list of signatories can be found here.

“The Department of Justice is not only appropriately positioned to coordinate implementation of the Bostock decision across the federal government, but has historically undertaken this role,” reads the letter. “It is imperative that the Department accept this responsibility and ensure that enforcement of this decision, as to the definition of sex discrimination through federal civil rights laws and regulations, is uniform across the federal government.”

On June 15, in a landmark ruling in the consolidated cases of Bostock v. Clayton County, Altitude Express v. Zarda and R.G. & G.R. Harris Funeral Homes v. EEOC, the Supreme Court of the United States affirmed that based on the text of our federal civil rights statutes, sexual orientation and gender identity discrimination are prohibited sex discrimination. 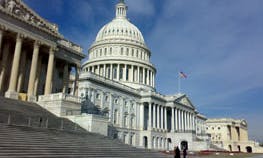