“Brett Kavanaugh’s refusal to answer very basic, very direct questions about the Supreme Court’s historic ruling bringing marriage equality nationwide is alarming and completely unacceptable,” said HRC President Chad Griffin. “The Obergefell decision is settled law. If this nominee cannot so much as affirm that or the fundamental equality of LGBTQ people and our families, he should not and must not be granted a lifetime appointment to our nation’s highest court.”

Last month, the Human Rights Campaign released a comprehensive report on the threats Brett Kavanaugh poses to LGBTQ people. This was followed by the release of videos featuring Lillian, a young transgender woman in Alaska, and Laura, a resident of Maine and mother of a transgender son, Jack; both videos focus on the threats to the safety and dignity of LGBTQ people by this nomination. HRC has also mobilized more than 20,000 calls to the Senate demanding Kavanaugh be held accountable on views regarding LGBTQ people.

From non-discrimination protections to health care to LGBTQ military service, Kavanaugh is a nominee clearly hand-picked by anti-LGBTQ organizations to undermine the progress for equality. 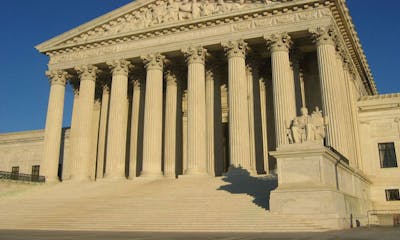