“Trump and Pence relentlessly marginalize LGBTQ people and attempt to erase our existence,” said HRC President Alphonso David. “Their disturbing worldview extends into the adoption and foster care systems, where they support giving federally-funded foster and adoption agencies a license to discriminate against LGBTQ children and prospective parents, religious minorities and other vulnerable groups. LGBTQ youth are tragically overrepresented in foster care, and this White House continues to exacerbate the marginalization, harassment and discrimination that LGBTQ youth in foster care and families face.”

This month, Trump and Pence proposed a federal regulation that would strip away nondiscrimination requirements and permit all HHS grant recipients, notably adoption and foster care agencies, to discriminate against LGBTQ people, and in many circumstances religious minorities and women, and still receive federal funding.

In April, HHS announced a proposed federal rule that would abandon data collection on the sexual orientation of youth in foster care and foster and adoptive parents and guardians in the Adoption and Foster Care Analysis and Reporting System (AFCARS).

In January of this year, Trump-Pence’s HHS granted a waiver from federal non-discrimination requirements to South Carolina’s Foster Care Program, which has contracted with a child welfare provider who seeks permission to refuse to serve prospective parents who do not share their religious beliefs, but who want to continue to receive federal funding to provide those services. South Carolina requested the waiver to allow federal funds to go to a child welfare agency that refused to work with Jewish and Catholic people who were otherwise eligible to support children in need.

In May of 2017, the Trump-Pence White House put out an executive order mandating the Department of Justice to work agency by agency to regulatory create broad exemptions allowing faith-based organizations to discriminate against those who do not agree with their personal beliefs.

In 2017, HRC released a report, titled Disregarding the Best Interest of the Child: License to Discriminate In Child Welfare Services, detailing the harms of efforts to write anti-LGBTQ discrimination by child welfare agencies into law. Statistics suggest that an estimated two million LGBTQ adults in the U.S. are interested in adoption, but the LGBTQ community often remains an untapped resource when it comes to finding families for children and youth in foster care. The report debunks the myth that having more providers is the key to higher rates of placement in homes; the bottleneck is not the number of providers, but the number of prospective parents. Where providers have ceased to provide services rather than comply with nondiscrimination laws, placement rates did not decrease significantly as a result.

Further, research consistently shows that LGBTQ youth are overrepresented in the foster care system, as many have been rejected by their families of origin because of their LGBTQ status, and are especially vulnerable to discrimination and mistreatment while in foster care. This regulation would only exacerbate these challenges faced by LGBTQ young people. 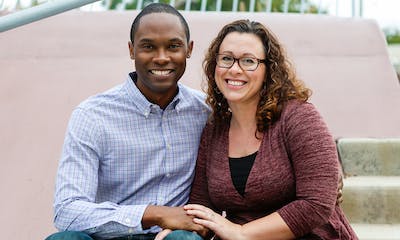