The Human Rights Campaign announced that it will file a lawsuit challenging the Trump-Pence administration’s decision to roll back critical civil rights protections in the rule implementing Section 1557 of the Affordable Care Act (ACA). The new rule will eliminate explicit protections from discrimination based on sex stereotyping and gender identity that have existed under law, thereby sanctioning discrimination against LGBTQ people in health care programs and activities.

“We cannot and will not allow Donald Trump to continue attacking us. Today, the Human Rights Campaign is announcing plans to sue the Trump administration for exceeding their legal authority and attempting to remove basic health care protections from vulnerable communities including LGBTQ people. And, to add insult to injury, the administration finalized this rule on the anniversary of the Pulse shooting, where a gunman killed 49 people in an LGBTQ nightclub,” said HRC President Alphonso David. “LGBTQ people get sick. LGBTQ people need health care. LGBTQ people should not live in fear that they cannot get the care they need simply because of who they are. It is clear that this administration does not believe that LGBTQ people, or other marginalized communities, deserve equality under the law. But we have a reality check for them: we will not let this attack on our basic right to be free from discrimination in health care go unchallenged. We will see them in court, and continue to challenge all of our elected officials to rise up against this blatant attempt to erode critical protections people need and sanction discrimination.”

The rule change comes in the midst of the twin epidemics of COVID-19 and racial violence. Over the past few months, we have witnessed a rash of horrific violence against Black and transgender people: 73% of all transgender and gender non-conforming people killed violently are Black, and seven transgender and gender non-conforming people have been violently killed since March 28 alone. LGBTQ people are also particularly vulnerable to both the health and economic impacts of COVID-19. HRC recently published a research brief outlining these risks, finding that many in the LGBTQ community are uniquely vulnerable, as they are more likely to work in highly affected industries, often with more exposure and/or higher economic sensitivity to the COVID-19 crisis, are less likely to have health coverage and are more likely to smoke and have chronic illnesses like asthma. One in five LGBTQ adults have not seen a doctor when needed because they could not afford it. Black LGBTQ adults (23%), Latinx LGBTQ adults (24%) and all transgender women (29%) are most likely to avoid going to the doctor because of costs. Read the full brief here.

HRC has long fought against the Trump-Pence administration’s attempts to revise this rule in a way that would undermine protections for LGBTQ people since it was announced in 2019. HRC, along with its coalition partners, submitted more than 120,000 public comments expressing concerns about the proposed rule that year, with 26,000 coming directly from HRC members. This is the first lawsuit HRC will file after announcing its new impact litigation initiative in October 2019. HRC will serve as co-counsel with nationally-recognized law firm BakerHostetler.

Fear of discrimination causes many LGBTQ people to avoid seeking health care, and when they do enter care, studies indicate that they are not consistently treated with the respect that all patients deserve. Studies by Lambda Legal show that 56% of LGB people and 70% of transgender and gender non-conforming people reported experiencing discrimination by health care providers — including refusal of care, harsh language and physical roughness because of their sexual orientation or gender identity. According to a report by the National Center for Transgender Equality, 23% of transgender respondents did not see a doctor when they needed to because of fear of being mistreated as a transgender person and a startling 55% of transgender respondents who sought coverage for transition-related surgery were denied.

According to HRC Foundation’s analysis of the 2018 Behavioral Risk Factor Surveillance System (BRFSS), the nation's premier system of health-related telephone surveys, 17% of LGBTQ adults do not have any kind of health insurance coverage, compared to 12% of non-LGBTQ adults. Furthermore, 23% of LGBTQ adults of color, 22% of transgender adults and 32% of transgender adults of color have no form of health coverage. This can lead to avoidance of medical care even when medically necessary and to severe economic hardship when medical care is ultimately accessed. 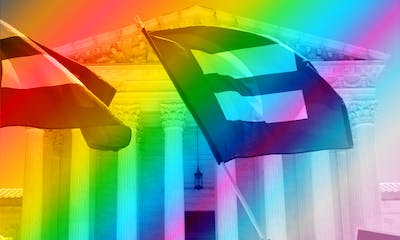