“Naomi Campbell is a global change-maker and cultural innovator. As an outspoken human rights advocate, Naomi has used her international platform to address humanitarian issues, including women's rights, environmentalism and the global HIV and AIDS epidemic impacting millions of people around the world,” said HRC President Alphonso David. “As a trailblazer and world-renowned figure in the modeling and fashion industry, Campbell has been a fierce champion for diversity and inclusion in the industry. We are incredibly excited to honor Naomi Campbell with HRC’s Global Advocacy Award at the 2020 HRC Greater New York Gala.”

“Kristin Chenoweth is a dynamic, multi-faceted artist who has used her platform to lift up the LGBTQ community,” added David. “On the stage, screen and beyond, Chenoweth is leaving her mark while proudly standing with us as a powerful ally and advocate. We are excited to honor Kristin Chenoweth with the HRC Ally for Equality Award at the 2020 HRC Greater New York Gala.”

“As a fashion industry leader, PVH’s commitment to LGBTQ equality is making a real difference in the lives of their employees and customers,” said David. “The Human Rights Campaign applauds PVH’s continued advocacy on behalf of LGBTQ people, and we look forward to honoring them with the HRC Corporate Equality Award at the 2020 HRC Greater New York Gala.”

One of the five original supermodels, Naomi Campbell is one of the most prolific and influential profiles of contemporary culture today, fronting the covers of more than 1000 magazines and featured in advertising campaigns that included Burberry, Prada, Dolce & Gabbana, Marc Jacobs, Louis Vuitton, Yves Saint Laurent and Valentino. As a barrier-breaking leader, Naomi was the first Black model to appear on the cover of TIME magazine, French and Russian Vogue as well as the first British Black model to appear on the cover of British Vogue. Through the years, she has been outspoken on diversity and inclusion in the modeling and fashion industry. With an international platform, Campbell has been actively engaged in an array of nonprofit initiatives across the globe -- from human rights and global health to environmentalism. Her most prominent work for Africa began when she met the late Nelson Mandela in the early 1990s, who named Campbell as an “Honorary Granddaughter” for her endless activism. In 2005, Naomi founded her own nonprofit Fashion For Relief, which presented charity fashion shows around the world to raise millions for various global crisis. As an advocate for HIV and AIDS research, Campbell has also addressed the need to end the global HIV and AIDS epidemic impacting millions of people around the world.

Emmy and Tony Award winning actress and singer Kristin Chenoweth’s career spans film, television, voiceover and stage. Chenoweth is best known for her performance as Sally Brown in You’re a Good Man, Charlie Brown on Broadway, for which she received a Tony Award in 1999, and she was also nominated for her original role of Glinda the Good Witch in the musical Wicked. In 2009, she received an Emmy Award for Best Supporting Actress in a Comedy Series for her role in Pushing Daisies. Chenoweth has also been nominated for two Emmy Awards and a People’s Choice Award for her role on Glee. As an outspoken person of faith, Chenoweth has often used her platform to speak out against the discrimination of LGBTQ people. She has also actively engaged in educational initiatives, including creating “Places! The Kristin Chenoweth Tour Experience,” an educational program that works to cultivate arts education across the globe.

Through its leadership in the fashion industry, the PVH has demonstrated a longstanding commitment to equality for all Americans, including advocacy for LGBTQ Americans in the workplace. PVH has shown support to the LGBTQ community across the United States in combating various anti-LGBTQ legislations and partnered on campaigns and efforts around ongoing issues facing LGBTQ Americans.

“We’re proud to be recognized by HRC for taking a stand on LGBTQ+ rights and we’ll continue to use our voice and collective power to work towards equality and acceptance within our workplace, our industry and the world at large,” said Emanuel Chirico, Chairman & CEO, PVH Corp. “At PVH, our longstanding commitment to inclusivity is embedded in our culture and the way we do business. We believe that every individual should feel empowered to be themselves and express who they are.” 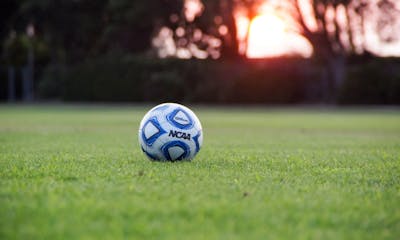