HRC's on the ground in Seattle, Washington, joining coalition partners in the fight against a harmful and discriminatory ballot initiative, I-1552.

I’m here on the ground in Seattle, Washington, joining coalition partners in the fight against a harmful and discriminatory ballot initiative, I-1552. Specifically targeting transgender Washingtonians, the measure aims to undermine Washington’s 11-year non-discrimination law that provides important protections to LGBTQ people and visitors to the state.

HRC is working closely with Washington Won’t Discriminate, Pride Foundation, ACLU-WA, Equal Rights Washington, Gender Justice League, Planned Parenthood and other local coalitions urging Washington residents to “Decline To Sign” the dangerous petition that would put a discriminatory, anti-trans measure on the ballot in November. Anti-equality activists have a deadline of July 7 to submit the required number of signatures for the measure to be placed on the ballot.

Throughout the month of June, HRC worked to raise awareness about the discriminatory proposal at four Washington area prides, including Ellensburg, Spokane, Olympia and Seattle. At these events, HRC staff, local leaders, and volunteers collected approximately 500 “Decline To Sign” signatures supporting the efforts to keep the state’s current law in place.

I’ve been proud to work alongside fellow advocates with field planning, strategizing, and providing support to local coalition staff since March and look forward to joining coalition members at a unity rally on the signature deadline date during Tacoma’s Pride Festival.

As we approach the deadline, Seth Kirby, Campaign Chair of Washington Won’t Discriminate said, “Regardless of what happens tomorrow, I am proud of Washingtonians and national leaders like HRC who have worked side by side in collaboration to ensure that our longstanding non-discrimination protections are kept in place. As a transgender man and as Campaign Chair, I am deeply grateful to all of HRC’s many contributions and their partnership here in Washington.”

HRC remains steadfast in its commitment to keep existing non-discrimination laws in place and will continue working with local coalition partners on the ground to ensure that transgender Washingtonians feel safe in the Evergreen State. 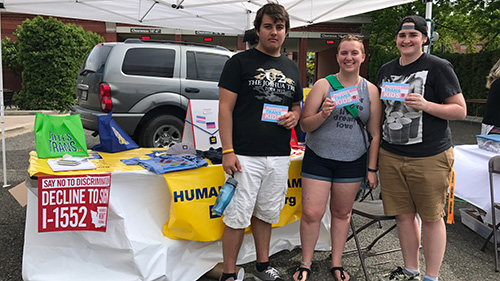 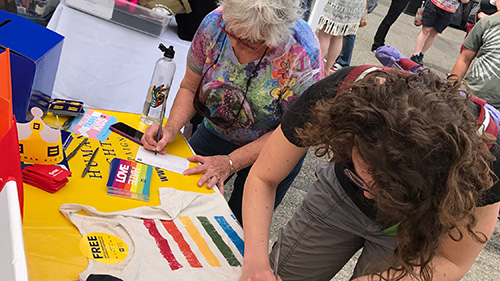